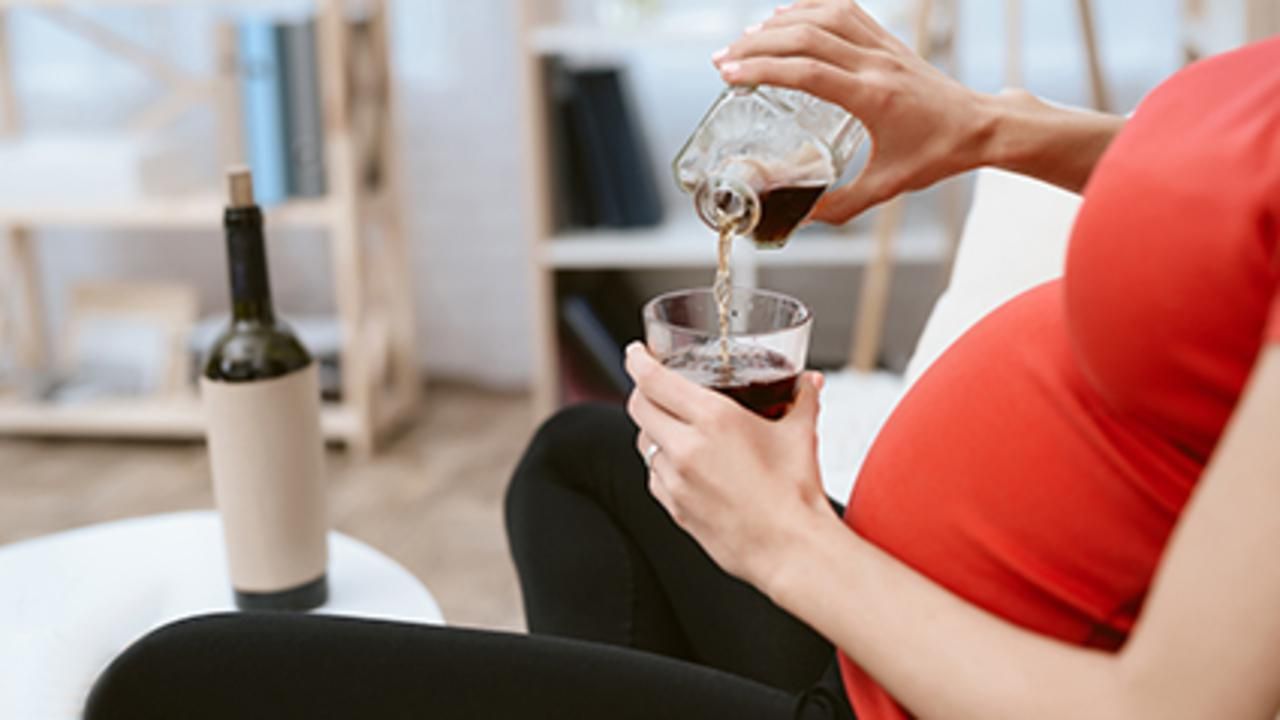 Exposure to even low levels of alcohol while in the womb can change the structure of the fetus' brain, according to Austrian researchers.

“Unfortunately, many pregnant women are unaware of the influence of alcohol on the fetus during pregnancy,” said lead author Dr. Patric Kienast. He's a PhD student in the biomedical imaging and image-guided therapy department, division of neuroradiology and musculoskeletal radiology at the Medical University of Vienna, in Austria. Kienast spoke in a news release from the Radiological Society of North America.

In the study, his team used MRI scans to assess the impact of drinking on 24 fetuses. The MRIs were taken when the fetuses were between 22 and 36 weeks of gestation.

The researchers assessed fetal alcohol exposure via anonymous surveys of the mothers.

The fetuses with alcohol exposure had a fetal "total maturation score" that was significantly lower than in the age-matched controls, the study found. A part of their brain involved in social cognition, audiovisual integration and language perception was shallower. That area is known as the superior temporal sulcus (STS).

“We found the greatest changes in the temporal brain region and STS,” Kasprian noted. “We know that this region, and specifically the formation of the STS, has a great influence on language development during childhood.”

Even the brains of fetuses with low levels of alcohol exposure were changed.

“Seventeen of 24 mothers drank alcohol relatively infrequently, with average alcohol consumption of less than one alcoholic drink per week,” Kienast said. “Nevertheless, we were able to detect significant changes in these fetuses based on prenatal MRI.”

Three study participants said they drank one to three drinks per week; two drank four to six drinks; and one averaged 14 or more drinks per week. Six mothers also reported at least one binge drinking episode during their pregnancies when they had more than four drinks.

The study authors said the issues they saw may owe to a delay in myelination. Myelin protects nerve cells, making it possible to transmit information more quickly and potentially affecting milestones such as rolling over, crawling or processing language.

Alcohol exposure may also affect a process called gyrification that involves forming the folds of the cerebral cortex, which affects cognitive performance.

The researchers do not know how these structural changes will affect brain development after babies are born.

“To assess this accurately, we need to wait for the children who were examined as fetuses at that time to get a little older, so that we can invite them back for further examinations,” Kienast said. “However, we can strongly assume that the changes we discovered contribute to the cognitive and behavioral difficulties that may occur during childhood.”

The findings are scheduled to be presented in Chicago and online Sunday at a meeting of the Radiological Society of North America. Findings presented at medical meetings should be considered preliminary until published in a peer-reviewed journal.

The U.S. Centers for Disease Control and Prevention has more on fetal alcohol syndrome.