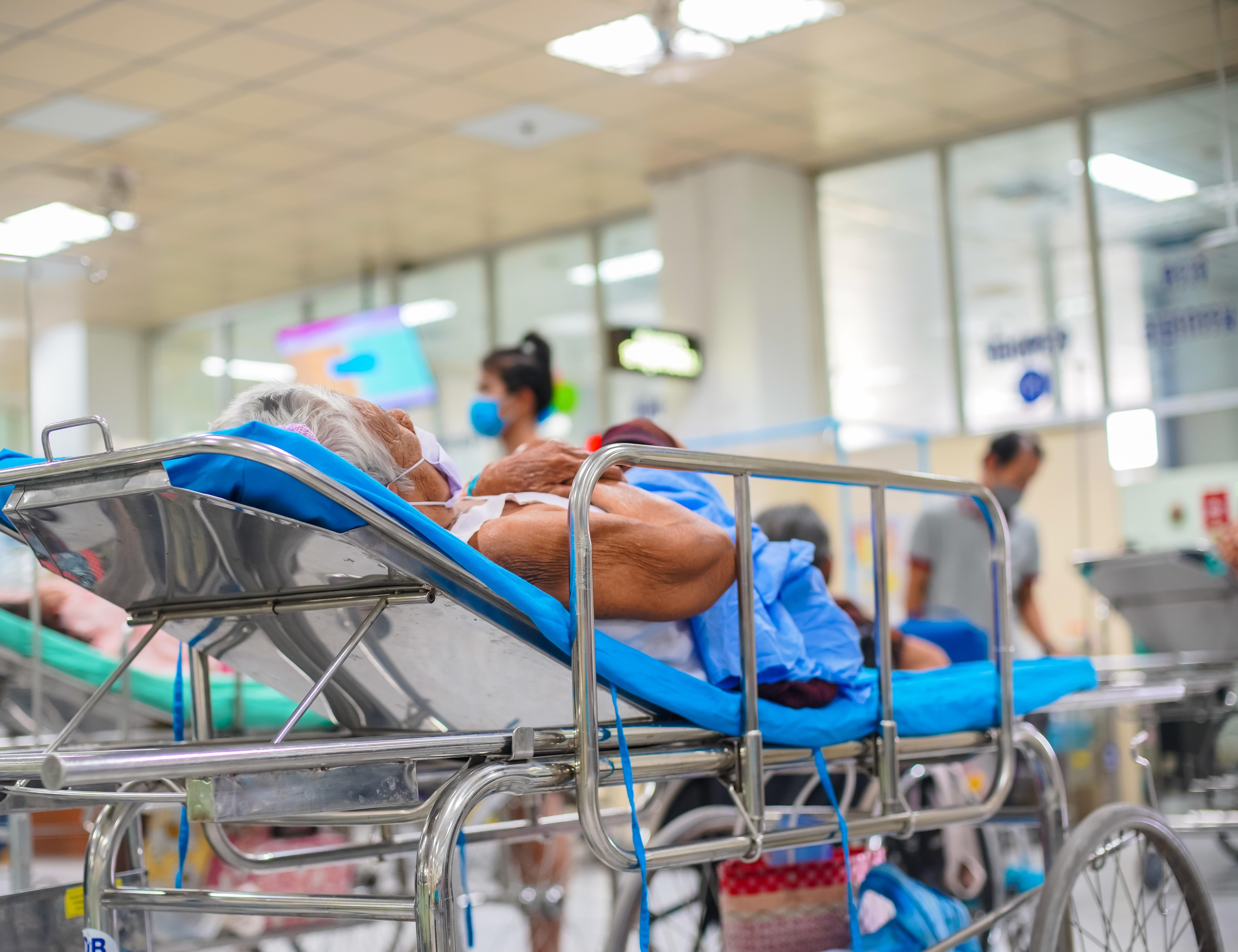 A crowded, overwhelmed emergency department raises the risk of death and suffering for patients throughout a hospital, a new study warns.

“The more the emergency room was crowded, the more people were dying throughout the hospital,” said lead researcher Charleen Hsuan, an assistant professor of health policy and administration at Pennsylvania State University.

Patients also wound up staying longer in the hospital when the ER was crowded.

A crowded emergency department is a sign of a hospital that's running at its absolute limits, said Dr. Ryan Stanton, a board member of the American College of Emergency Physicians.

Patients typically clog an emergency department because the hospital is out of beds and there's nowhere else to put them.

“The emergency department is the barometer of the system,” Stanton said. “If the ER is boarding patients and there are patients in the hallway, that means the rest of the system is completely flexed to capacity as well.”

Previous research has shown that emergency department patients suffer and die when the ER is crowded, but Hsuan and her colleagues suspected that this effect might ripple beyond the unit's swinging doors.

For the study, the research team analyzed more than 5 million discharge records from hospitals across California between October 2015 and the end of 2017.

Overall, an average of 2.6% of hospital patients died during inpatient stays. But the researchers discovered that people were more likely to die on days when the emergency department in their hospital was crowded.

Hospital patients were 5.4% more likely to die when the emergency department was at its most crowded, the findings showed.

Inpatients also tended to stay 8% longer at the hospital when the ER was jammed, Hsuan said.

“Our theory is that the reason why emergency department crowding is affecting mortality is really through this workload,” she said.

“If we're spilling over into the emergency department, that means every one of your staff members — your physicians, your nurses, your techs — are working at the maximum speed they can. No matter how good they are, if you are at capacity there's only so much mental and emotional bandwidth that each human has,” Stanton said.

In fact, Hsuan suspects the problem might be even worse than this study reports.

That's because California is one of the only states in the nation that legislates minimum staffing levels for nurses. It's possible that the death rate associated with emergency department crowding would be even higher in states where nurse staffing levels are lower.

In addition, the study data came from before the pandemic, which caused a major staff bleed for hospitals nationwide due to burnout.

“I would imagine, given all the difficulties with staffing that a lot of hospitals are facing right now, if we were able to replicate the study now we might find an even greater effect,” Hsuan said.

“Your hospital might have been doing fine, but then another hospital closes and then all of a sudden you get all of their patients as well as the original patients that you had,” Hsuan said.

The most direct solution would be to hire more hospital staff and create more inpatient capacity, to take the pressure off, Stanton and Hsuan said.

“We've got to make sure that we are encouraging nurses going into nursing school to be in bedside nursing, and not as a springboard to nurse practitioner or non-bedside jobs,” Stanton said. “We need nurses, desperately. We need bedside nurses.”

However, the problem extends past the hospital's walls, Stanton added. It runs throughout America's health care system.

People who can't find treatment from a regular primary care doctor tend to let their health problems go until they wind up in the emergency department, requiring hospitalization.

“We have to build out our primary care and outpatient systems, to where people can get evaluations done in a timely fashion. People are getting refusals from insurance companies or long delays, or are not able to get in to see a primary care physician,” Stanton said.

“Really, between having enough primary care physicians and having enough bedside nurses, that would fix a lot of the challenges we face today,” he added.

The study was published online recently in the journal Health Services Research.

Institute for Healthcare Improvement has more about emergency department overcrowding.