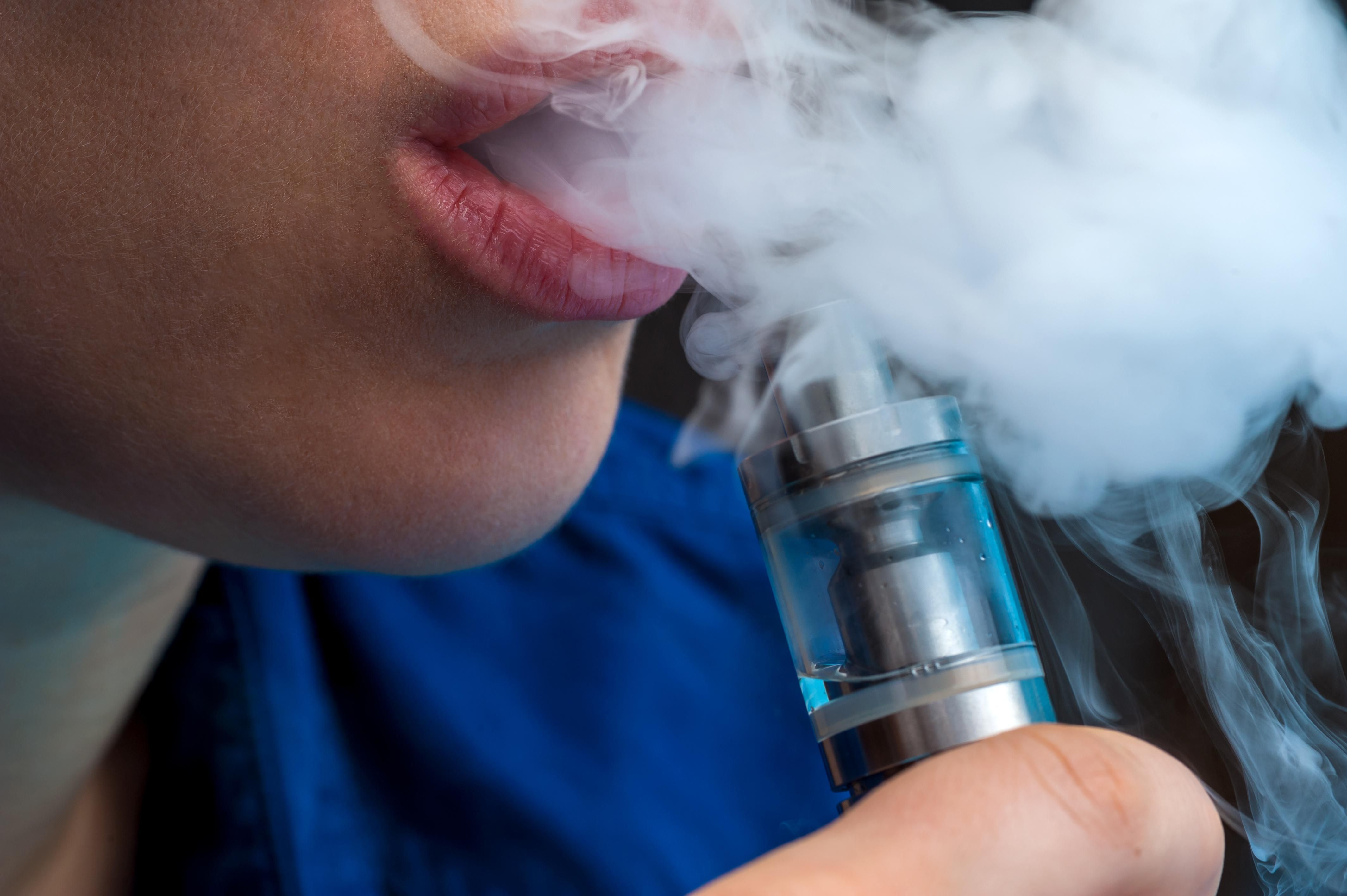 A new study released by two federal agencies on Thursday estimated a total of 3.08 million U.S. middle and high school students using some form of tobacco product within the previous 30 days in 2022.

“Commercial tobacco product use continues to threaten the health of our nation's youth, and disparities in youth tobacco product use persist,” said Deirdre Lawrence Kittner, who directs the Office on Smoking and Health at the U.S. Centers for Disease Control and Prevention.

“By addressing the factors that lead to youth tobacco product use and helping youth to quit, we can give our nation's young people the best opportunity to live their healthiest lives," she said in a CDC news release.

In total, just over 11% of all students in middle and high school now vape or use cigars, cigarettes or some form of tobacco product, according to the new report issued jointly by the CDC and the U.S. Food and Drug Administration.

Rates were higher at the high school level, with 16.5% of kids in that age group using a tobacco product. About 4.5% of middle school students used tobacco products.

By far the most commonly used tobacco product among all students was electronic cigarettes, for the ninth consecutive year, the researchers said. Vape products were used by 2.55 million students. Next in popularity were cigars, which 500,000 students had used, and cigarettes, which were smoked by 440,000 teens. Another 330,000 kids used smokeless tobacco, the analysis found.

The study was based on data from the 2022 National Youth Tobacco Survey. This survey of students in grades nine through 12 was administered between Jan. 18 and May 31, 2022. The researchers behind the new study said the results can't be compared to previous years because survey methods have recently changed.

Certain factors — poor performance at school, anxiety/distress and low family income — seemed to increase the risk that a teen might take up smoking or vaping, according to the study. The researchers also noted that vaping and smoking products tended to be more heavily promoted and sold in racial and ethnic minority communities.

Ongoing efforts continue to reduce youth tobacco product use, including enforcing the federal minimum age of sale of 21 years for all tobacco product types. The FDA has an ongoing action against sales of unauthorized e-cigarettes, and states and communities have restricted the sale of flavored tobacco products. Other efforts include media campaigns, education and prohibitions on where people can smoke.

Both the FDA and CDC called on parents, educators and health care providers to help in efforts to prevent youth tobacco use.

“It's clear we've made commendable progress in reducing cigarette smoking among our nation's youth. However, with an ever-changing tobacco product landscape, there's still more work to be done,” Brian King, director of the FDA's Center for Tobacco Products, said in the news release. “We must continue to tackle all forms of tobacco product use among youth, including meaningfully addressing the notable disparities that continue to persist.”

The study findings were published in the Nov. 11 issue of the CDC's Morbidity and Mortality Weekly Report.

The American Heart Association has more about vaping.