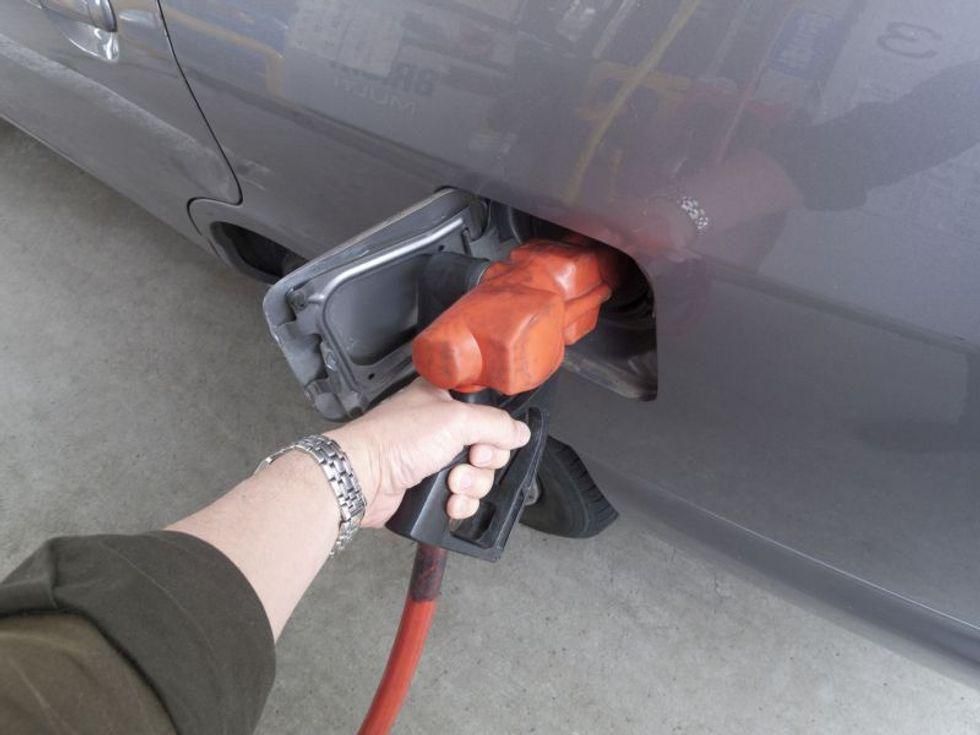 Lead is known to damage young children's brains, and a new study suggests the effects may still be apparent in old age.

Researchers found that among nearly 1,100 older U.S. adults, those who grew up in cities with lead-contaminated drinking water generally scored worse on tests of memory and thinking skills.

The findings, experts said, suggest that older adults who were exposed to lead decades ago could be at relatively higher risk of dementia — since their cognitive starting point is typically lower.

Lead is a naturally occurring metal that can cause serious health effects if it accumulates in the blood. Children younger than 6 are particularly vulnerable, as lead can damage their developing brains and cause learning or behavioral problems.

Yet little has been known about whether early life lead exposure has consequences for the aging brain, said John Robert Warren, a professor at the University of Minnesota who worked on the new study.

"You can count on one hand the number of studies," he said.

The new findings — published online Nov. 9 in the journal Science Advances — show only a link between childhood lead exposure and cognition later in life. They do not prove cause and effect.

But Warren said there are various ways that childhood exposure could have long-range effects, including indirect means. For example, children with high blood lead levels typically have more problems with learning and behavior, and are less likely than their peers to graduate high school or go on to higher education. Lower education levels, as well as less mental stimulation throughout life — from cognitively challenging work, for instance — have been linked to a quicker mental decline in old age.

In this study, education levels did seem to explain part of the link between childhood lead exposure and cognition at older ages.

"But it was not a very powerful factor," Warren said.

The researchers also looked at the roles of income, wealth and heart health — and none accounted for the link.

"That lends credence to a more direct pathway," Warren said.

He noted that once in the body, excess lead gets stored in the bones, where it "stays quietly." But age-related bone loss, or fractures, can release some of that lead into the bloodstream decades after the initial exposure.

The findings are based on 1,089 older U.S. adults who took part in a long-running health study between 1998 and 2016. All were children in 1940, and researchers used Census data from that year to figure out where each study participant lived at the time.

They then looked at the participants' cognitive test scores in relation to their childhood hometown's municipal water supply. If the community used lead pipelines and the drinking water was either acidic or alkaline — which causes lead to leach into the water — then that person was considered to have been exposed to lead as a child.

That was the case for 7% of the study group, largely those from the Northeast and Midwest.

On average, the researchers found, older adults who'd grown up with lead-contaminated water scored a little lower on cognitive tests when they entered the study (typically around age 65). They did not, however, show a faster decline than other study participants when they retested in the following years.

"We have concern that children exposed to lead may become adults at greater risk for dementia. But with a 40- to 50-year delay, it is hard to design studies to evaluate this question," Reuben said.

The new findings, he said, suggest that "children exposed to lead may be at greater risk for dementia than their peers, but not necessarily because their brains are aging faster."

The study focused on lead in drinking water — a major route through which U.S. children were once exposed to the toxin, but not the only one, Warren noted. Lead was once widely used in house paints and gasoline.

Those practices were phased out decades ago, and U.S. children today are exposed to far less lead than prior generations were, Warren said.

However, lead has not disappeared, either.

Children living in homes built before 1978 — when lead-based paint was banned — can be at risk if that old paint is still in place, and is chipped or peeling, according to the U.S. Centers for Disease Control and Prevention.

Kids can also be exposed by playing in lead-contaminated soil — near highways, factories or airports, for example. And since lead water pipes still exist, drinking water can be a source.

Based on government data, Warren said, Americans born in the 1960s and 1970s had the greatest early-life exposure to lead. Those people are now in their 40s and 50s, he noted, and are not yet at the point where age-related cognitive decline would be apparent.

"Once lead is in the body, there's not a lot to do," Warren said. But, he added, people can try to maintain a healthy bone density, through measures like a healthy diet and regular exercise.