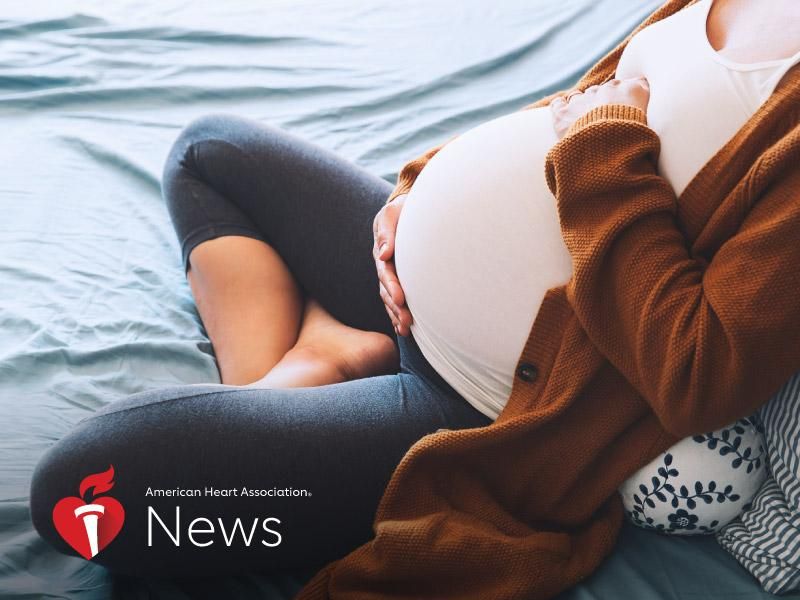 A popular type of fertility treatment is associated with increased risk for serious cardiovascular complications in women at the time of delivery, longer hospital stays and higher hospitalization costs, new research finds.

"It's not necessarily that reproductive technologies are causing the cardiac complications," said Dr. Erin Michos, senior author of the study, which was presented Monday at the American Heart Association's Scientific Sessions conference and published in the American Journal of Cardiology.

"It may be that women with infertility are at greater risk for cardiovascular complications due to age and other health problems, and they just need a little bit closer attention during pregnancy, delivery and postpartum," said Michos, director of women's cardiovascular health at Johns Hopkins Ciccarone Center for the Prevention of Cardiovascular Disease in Baltimore.

The findings underscore the importance of controlling cardiovascular risk factors prior to the use of reproductive technologies, said lead study author Dr. Salman Zahid, a resident physician at Rochester General Hospital in New York. "This is a high-risk population already," he said.

Assisted reproductive technology – or ART – refers to a category of infertility treatments in which the eggs or embryos are manipulated to improve a woman's chances of becoming pregnant. This can include in vitro fertilization with fresh or frozen embryos, injecting sperm directly into the egg to fertilize it or testing embryos for abnormal chromosomes before transferring them to the uterus.

Use of ART, though still rare, has been growing in popularity worldwide. According to the Centers for Disease Control and Prevention, ART use has doubled over the past decade in the U.S., now accounting for 2% of all births each year.

Earlier research found ART increases the risk for pregnancy complications, such as placental separation, caesarean delivery and preterm births, but little was known about its effects on maternal cardiovascular disease.

In the new study, researchers analyzed hospital data from the National Inpatient Sample for nearly 46 million deliveries in the U.S. from 2008 to 2019, including 108,542 babies conceived using ART. Compared to women who conceived naturally, women who used ART were older at the time they delivered their babies (median age of 35 versus 28) and had more cardiovascular risk factors, such as high blood pressure, high cholesterol and diabetes during pregnancy.

But even after adjusting for these and other differences, the analysis found women who conceived using ART had a much higher risk for cardiovascular-related complications at the time of delivery than those who conceived without the use of technology.

They were 48% more likely to have preeclampsia, a life-threatening condition characterized by high blood pressure that occurs during and immediately after pregnancy. Preeclampsia also can include signs of liver or kidney damage and affects 1 in 25 pregnancies in the U.S. Women who conceived using ART also were nearly twice as likely to experience heart failure at the time of delivery, compared to women who conceived naturally. And they were 39% more likely to experience an irregular heartbeat.

The odds were 73% higher for a clot-caused stroke and 63% higher for a bleeding stroke in women who used ART compared to those who didn't. And they were nearly twice as likely to have venous thromboembolism, a blood clot in a lung or deep vein.

The risk for lung and kidney complications also was higher for women who used ART. They had a 2.6-fold increased risk for acute kidney damage and were more than twice as likely to have excess fluid in the lungs, called pulmonary edema. They stayed in the hospital longer (three days versus two) and were billed more for their deliveries ($5,903 versus $3,922).

That doesn't mean women who are having trouble conceiving should reject ART as an option, said Dr. Thomas Easterling, a professor emeritus in the department of obstetrics and gynecology at the University of Washington. Easterling, who was not involved in the research, said the risks for cardiovascular complications – though higher in this group – were still relatively low.

"These numbers are probably not sufficient that a woman would say that risk is too great to undergo ART in the context of a pregnancy that is deeply desired," Easterling said. For women using ART, he recommended closely monitoring and aggressively managing high blood pressure and other risk factors throughout the pregnancy.

Ideally, Easterling said, cardiovascular risk factors should be addressed before pregnancy to limit risks to mother and child. Women considering ART should first get their blood pressure under control, be screened for diabetes and work toward achieving a healthy weight before becoming pregnant.

Opportunities for monitoring risk factors in women undergoing ART should be plentiful, since they make multiple visits to health care professionals, he said. "These women are deeply integrated into the health care system."

Michos said all women who are considering pregnancy should strive to be in the best possible health before conception.

"We have a huge problem in the U.S. with rising maternal morbidity and mortality," she said. "And one of the biggest risks is to enter pregnancy in suboptimal health – ART or not."