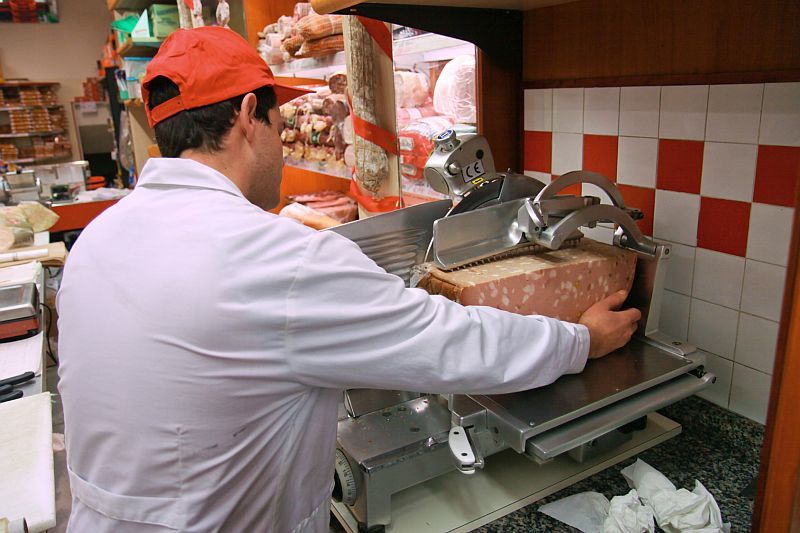 Public health officials are investigating an outbreak of listeria that has infected people in at least six states, hospitalizing 13, killing one and causing the loss of a pregnancy.

The outbreak strain is connected to deli meat and cheese, including those sold at NetCost Markets in New York, though that isn't the only source, according to an alert from the U.S. Centers for Disease Control and Prevention.

Investigators suspect a contaminated food introduced the bacteria to delicatessens in several states.

Eleven of the 16 cases reported so far have occurred in people of Eastern European background or those who speak Russian, health officials said. Investigators are trying to understand why.

Most of those sickened reported eating food from deli counters, including five people who shopped at the international grocery store chain NetCost Market in New York City and six who shopped at delis in other states.

Those sickened include one person in California, one in New Jersey, two in Illinois, two in Massachusetts, seven in New York and three in Maryland, where one patient died.

While investigators work to pinpoint the specific source of the contamination, they're warning that listeria can spread easily on countertops, slicers, surfaces and hands.

"Listeria is a hardy germ that can be difficult to fully remove once it is in the deli. It can survive and grow at cold temperatures in the refrigerator," the CDC said in its alert.

The CDC said anyone who is at high risk of becoming severely ill should not eat meat or cheese from any deli counter unless it is reheated to an internal temperature of 165 degrees F or steaming hot.

People who are at high risk include anyone who is pregnant, aged 65 or older or who has a weakened immune system.

To protect yourself, clean your refrigerator, as well as containers and surfaces that may have touched meat or cheese from a deli.

Immediately call your doctor if you have any symptoms of severe listeria illness after eating meat or cheese from a deli.

Listeria can cause severe illness when it spreads beyond the gut.

In pregnant women, symptoms can be fever, fatigue and muscle aches. It can result in miscarriage, stillbirth, preterm delivery and a life-threatening infection of the newborn.

Those who are not pregnant may experience headache, stiff neck, confusion, loss of balance, convulsions, fever and muscle aches.

While symptoms of severe illness typically begin about two weeks after eating a tainted food, they can start the same day or as much as 10 weeks later.

Call your state's health department if you have questions, the CDC advises.

Teresa Murray, consumer watchdog at U.S. Public Interest Research Group (PIRG), said, "It's stunning that we're seeing another listeria outbreak that took more than a year to identify. Past outbreaks involving foodborne illnesses have sometimes taken months or years before all of the cases could be linked.

"We need to have a better way to trace our food and track illnesses so more people aren't put at risk," Murray said in a PIRG news release.