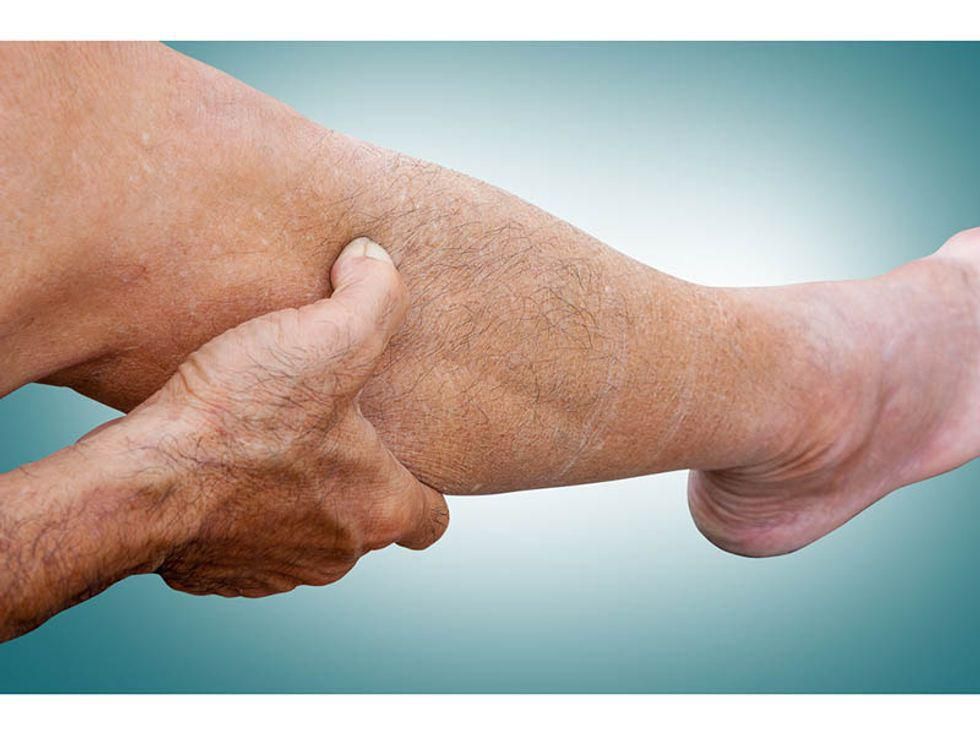 Doctors know a lot about the best ways to treat heart attacks and strokes, but until now they really didn't have this kind of information for peripheral artery disease (PAD).

Affecting as many as 10 million people in the United States, PAD is marked by a plaque buildup in the arteries of the legs, causing pain and trouble walking. More than 10% of people with PAD develop chronic limb-threatening ischemia, which increases their risk for amputation and death.

Chronic limb-threatening ischemia can be treated with surgery but which of two approaches was more effective and for whom has been unclear. Now, a new study finds a clear benefit with one type of surgery.

If you have chronic limb-threatening ischemia plus a sufficient major (saphenous) leg vein to redirect blood flow, bypass surgery is a better bet than minimally invasive endovascular therapy, the research revealed. That said, both procedures dramatically improve patients' quality of life.

In a bypass, doctors use your own vein to reroute blood flow around a blocked blood vessel. In the minimally invasive endovascular procedure, a balloon-tipped catheter is inserted into a blocked artery to widen it and boost blood flow. Sometimes, a stent is inserted to keep the artery open.

"This is a landmark trial because we are providing data where there has been very little to date," said study author Dr. Matthew Menard, co-director of the endovascular surgery program at Brigham and Women's Hospital in Boston. "Critical limb-threatening ischemia is the most severe form of PAD, and the quality of life of these patients is very poor in general."

For the study, researchers looked at 1,830 adults from the United States, Canada, Finland, Italy and New Zealand. Of these, more than 1,400 were put into the first group and were judged to be the best candidates for bypass surgery because they had an adequate major leg vein. They were randomly assigned to have a bypass or an endovascular procedure and followed for up to seven years.

The second group included the nearly 400 adults who were not ideal candidates for bypass surgery because they lacked an adequate saphenous vein. They underwent an endovascular procedure or a bypass that used alternate material and were followed for up to three years.

At the end of the trial, folks in the first group who received the bypass were 32% less likely to have major medical events related to chronic limb-threatening ischemia than their counterparts who had the endovascular procedure.

Specifically, there was a 65% reduction in repeat major surgeries to restore blood flow in the lower leg and a 27% reduction in the need for major amputations in the bypass group, the study showed.

There were no major differences in outcomes among participants who did not have an optimal saphenous vein for the bypass in the second group. The study was not designed to compare results between the two groups.

When researchers looked at patients' lives after treatment, they found that restoring blood flow in the leg by any means led to less pain and a better quality of life.

The results were presented Tuesday at an American Heart Association meeting, in Chicago, and simultaneously published in the New England Journal of Medicine.

There are many important takeaways, according to Dr. Naomi Hamburg, a professor of medicine at Boston University Chobanian & Avedisian School of Medicine who reviewed the findings.

She noted that people with advanced PAD have poor circulation in the legs that leads to wounds and potentially the need for amputation, so it's important to be evaluated for treatment and procedures that boost blood flow to the legs.

"We learned that you get improved quality of life from both procedures," Hamburg said.

People who have sufficient major leg veins will do better with a bypass. "This means they will have lower rates of amputation and lower rates of needing to have more procedures to restore blood flow," she said.

Recovery after the bypass is longer than it is with the minimally invasive endovascular procedure, Hamburg noted.

She said doctors should go over both options when talking to people with chronic limb-threatening ischemia.

"A lot of times, they offer one or the other but it's important to have a discussion," Hamburg said.

An ultrasound can make sure the saphenous vein is open and big enough to restore blood flow around the leg blockages.

Many people with chronic limb-threatening ischemia get an amputation before they are even told about procedures that could restore blood flow in their legs, Hamburg said.

"If amputation comes up, ask if there are alternative ways to restore blood flow," she suggested.

The American Heart Association has more about peripheral artery disease.