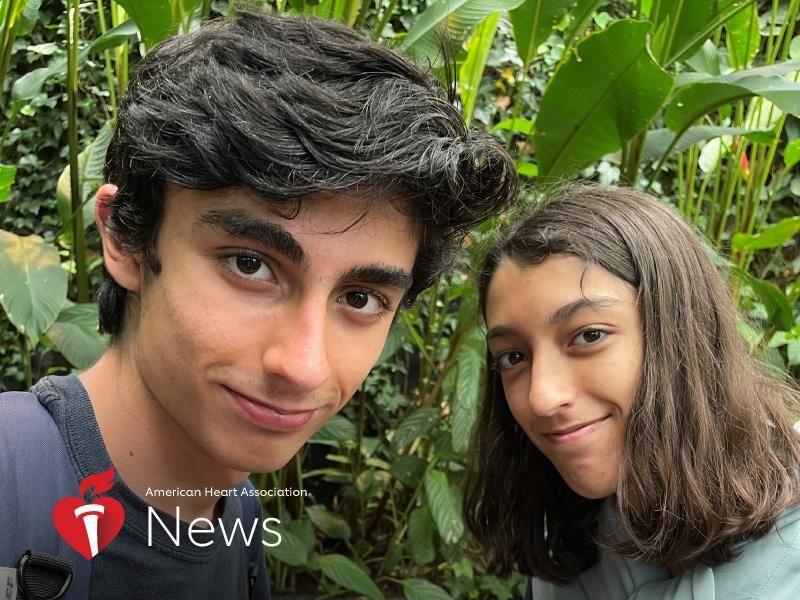 Science is about discovery. It's about answering questions and, often, raising new ones.

For Elise and Demir Dilci – 16-year-old twins whose research was presented Sunday at the American Heart Association's Scientific Sessions in Chicago – it was certainly all that. The two high school sophomores from Houston's Awty International School set out to answer a single question and found they had so many more.

Their work, done in partnership with Rice University and Baylor College of Medicine as part of a school internship project, investigated whether there was an association between living in historically redlined neighborhoods and risk of dying from heart disease. What the teens found not only surprised them, it has inspired them to become more engaged in helping to right the wrongs they are discovering.

"When I first went to Awty International School and met people from other countries, I became aware that there were places without the same privileges I had," Demir said. "But I didn't believe it was so close by. It was a big news flash to me."

Redlining refers to a practice developed in the 1930s, when the federal government sponsored low-interest mortgage loans to help people recover from the financial crisis of the Great Depression. Banks developed a system, now illegal, for ranking neighborhoods based on their racial makeup, routinely denying loans to Black, Asian, Hispanic and immigrant families and discouraging other types of investment in neighborhoods they labeled "hazardous." Redlining and other forms of structural racism have played a major role in creating widespread health disparities among racial and ethnic groups.

For the teens' mother and study co-author, Dr. Biykem Bozkurt, a cardiologist and professor at Baylor College of Medicine, the findings fit what she already knew about structural racism and its link to health disparities. She was aware that prior studies had shown an association between redlined or racially segregated neighborhoods and poorer health, including higher risk for heart disease and other chronic illnesses.

But for her children, the numbers they analyzed were eye-opening.

"I would like people to know that this is one of the first studies to demonstrate increased cardiovascular mortality rates associated with redlining," said Elise, who said she knew about the history of structural racism in the U.S. but believed "that had all been eradicated."

When she and her brother overlaid historical redlining maps with neighborhood profiles from the city of Houston and the Department of Health and Human Services, and then compared cardiovascular deaths and years of potential life lost due to heart disease in each of these neighborhoods, the results were stark.

Compared with people living in mapped neighborhoods that were rated most desirable by lenders, residents of redlined, or "hazardous," neighborhoods had a 42% higher risk of dying – and a nearly threefold greater loss of potential life years – due to heart disease. Residents of redlined areas were 20% more likely to die of heart disease than were people in areas that weren't rated on the maps at all.

The findings are considered preliminary until full results are published in a peer-reviewed journal.

Seeing the results of the analysis has solidified Elise's desire to enter the field of community medicine and to raise awareness of health disparities created by structural racism, she said. But she's not waiting until she finishes her education to get involved. She and her brother want to address these disparities today.

While doing their research, Elise and Demir learned that the poorer, disproportionately Black neighborhoods deemed hazardous by mortgage lenders also lacked other important resources necessary for good cardiovascular health, such as grocery stores providing access to fresh fruits and vegetables. They're bringing their findings to city leaders and asking them to encourage greater investment in neighborhoods affected by a history of discriminatory practices, to ensure people in those areas have the same opportunities for good health as residents of other Houston neighborhoods.

"Even though Houston is very diverse, all neighborhoods do not have the same resources," Demir said. "We need policies to reverse the lasting impact of redlining so we can prevent this in the future."