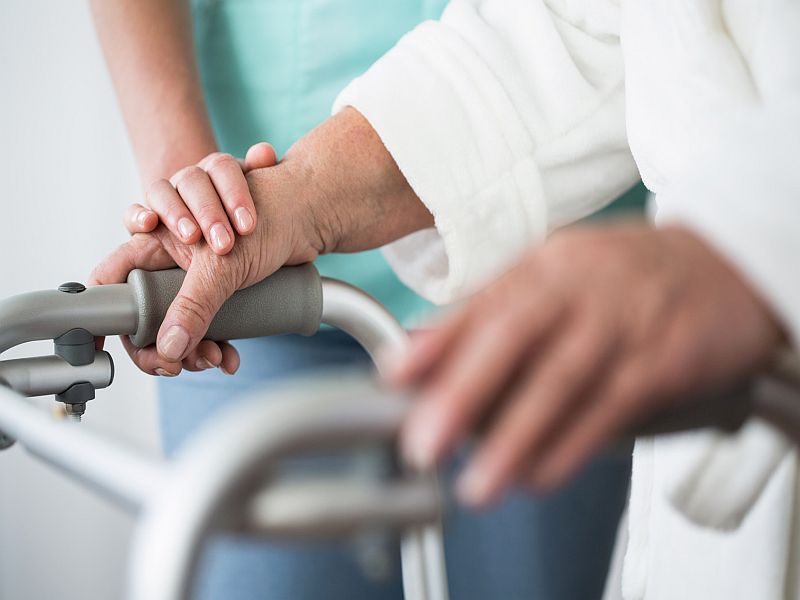 An experimental drug may help people with Parkinson's disease find relief from constant constipation -- a common and troublesome feature of the disease.

In a trial involving 150 people with Parkinson's and chronic constipation, researchers found that patients given the drug for a few weeks became much more regular: On average, they went from fewer than one bowel movement per week, to three per week.

The drug, known for now as ENT-01, is not yet approved, and larger studies are planned.

But experts said the short-term findings, published Nov. 8 in the Annals of Internal Medicine, are promising.

Parkinson's disease affects nearly 1 million people in the United States alone, according to the Parkinson's Foundation.

It involves an abnormal buildup of a protein called alpha-synuclein in neurons (nerve cells) in the brain. Over time, the brain loses cells that produce dopamine, a chemical that helps regulate movement and emotional responses.

The most visible signs of Parkinson's are movement-related -- such as tremors, stiff limbs and coordination problems.

But it's much more than a movement disorder, said Dr. Denise Barbut, the senior researcher on the new study.

People with Parkinson's develop a wide array of symptoms, ranging from sleep disturbances to problems with memory and thinking, to depression and anxiety, to hallucinations and other symptoms of psychosis.

Chronic constipation is often the first sign to emerge, Barbut said, arising many years before movement problems do.

In fact, she said, it's believed that Parkinson's disease "begins in the gut" -- with alpha-synuclein abnormally clumping in gut neurons first, disrupting their firing capacity, long before spreading to the brain.

ENT-01 appears to act directly on those gut neurons, according to Barbut, who is co-founder of Enterin, Inc., a Philadelphia-based company developing the drug. Lab research has shown that the drug displaces alpha-synuclein that accumulates on nerve cell membranes, which can restore the cells' normal firing.

In an early study with 50 Parkinson's patients, Barbut's team found that ENT-01 quickly improved constipation -- and that it wasn't absorbed systemically, which suggest it acts only in the gut.

To further test the drug, the researchers recruited 150 patients with Parkinson's and longstanding constipation (13 years, on average). Each was randomly assigned to take either ENT-01 or placebo pills every day for 25 days.

During that time, people taking the drug went from having less than one bowel movement per week, to three per week, on average. Those in the placebo group continued to average around one per week.

There were also some other changes, the researchers found: In 14 patients who had dementia and were taking the drug, symptoms on a standard scale improved by a few points. Meanwhile, in five patients with hallucinations, those symptoms faded.

It's not clear, however, what those findings mean. The study was not designed to test ENT-01 for improving neurological or psychiatric symptoms, Barbut pointed out.

"We need to do further studies focused on that," she said.

But she and her colleagues speculate that the drug's actions on the gut might be at work. There is a "gut-brain axis" along which the brain and the gut nervous system communicate, Barbut said. So improving gut neuron function could potentially affect the brain.

This study, however, does not demonstrate that, said Dr. Andrew Feigin, executive director of NYU Langone's Fresco Institute for Parkinson's and Movement Disorders in New York City.

He noted that the number of patients with dementia or psychosis was small, and those in the placebo group improved to some degree, too.

"So you can't really draw conclusions from this," said Feigin, who was not part of the study.

The improvement in constipation, though, is promising, according to Feigin.

"It's obviously improving those symptoms," he said, "and I think that would be meaningful for a lot of people with Parkinson's."

Chronic constipation can be "quite troublesome," Feigin said, and while conventional laxatives and other remedies help some patients, they fail for many others.

As for side effects, nausea was the most common -- affecting one-third of patients on the drug -- followed by diarrhea, which affected almost 20%. Feigin noted that of 93 patients in the ENT-01 group, about one-quarter dropped out of the study at some point -- often due to side effects.

"They may need to make the drug more tolerable," he said.

The researchers acknowledge that, and say that future studies can try lower starting doses or giving patients an anti-nausea medication at the beginning of ENT-01 treatment.