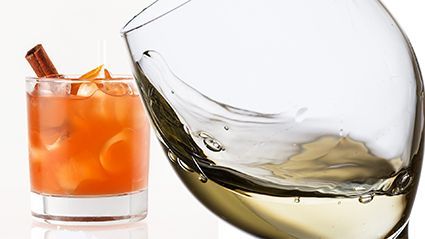 Deaths caused by alcohol skyrocketed in the United States between 2019 and 2020 as the COVID-19 pandemic took hold, according to a just-published government report.

The alcohol-induced death rate jumped 26% during that period, claiming more than 49,000 lives, the U.S. Centers for Disease Control and Prevention reported Friday.

Americans drank more during the COVID pandemic than before, and a health expert said it's possible this is just the beginning of a disturbing trend.

“We know that in large-scale traumatic events to the population – like 9/11 or Hurricane Katrina – people historically start drinking more. The pandemic has been, as we all know, a major stressor to our lives,” said George Koob, director of the U.S. National Institute on Alcohol Abuse and Alcoholism.

More than half of the 2020 deaths caused by alcohol were due to alcoholic liver disease, CNN reported. Other causes included mental health and behavioral disorders due to alcohol use.

If the analysis had also included deaths that could be attributed to excess drinking rather than directly caused by it, the number of deaths would triple and exceed those due to drug overdoses, according to the CDC. Cancer, heart disease and injuries in car accidents are causes that can be attributed to excess alcohol use, CNN reported.

“What's a word bigger than crisis?” said Marvin Ventrell, chief executive officer of the National Association of Addiction Treatment Providers. “What was already a crisis, has exploded.”

The group hit hardest was middle-aged or older men, with 60 deaths per 100,000 for those between 55 and 64 years of age. Death rates for women in this age group were also high, but still three times lower than for men.

The largest increases in death rates during the early pandemic were for men under age 45 and for women between 25 and 44.

An earlier study reported that about 20% of deaths among 20- to 49-year-olds in the United States owed to excessive drinking, CNN noted.

“Alcohol really has an insidious course, meaning that it produces wear and tear on your body over a long time,” said Dr. James Latronica, a family medicine doctor with addiction medicine services at the University of Pittsburgh Medical Center Western Psychiatric Hospital.

While men still are much more likely to die from alcohol use than women, the gap is closing, CNN reported. Women are more likely to experience anxiety and depression.

“There's an interaction with mental health that has been more exposed during the pandemic,” Koob said.

“And women are also more vulnerable to the pathological effects of alcohol, everything from liver disease to some of the mental health interactions,” he added.

Alcohol is broadly accepted as OK to consume and it's easy to access, so misuse can be a problem that gets missed, the experts pointed out.

“If a substance is harmful, the greater the access there is to that substance, the more harm it will create. What is the most accessible substance? Alcohol. And what is the substance with the least social stigma relative to using it? Alcohol,” Ventrell said.

The U.S. National Institute on Alcohol Abuse and Alcoholism has more on alcohol use disorder.