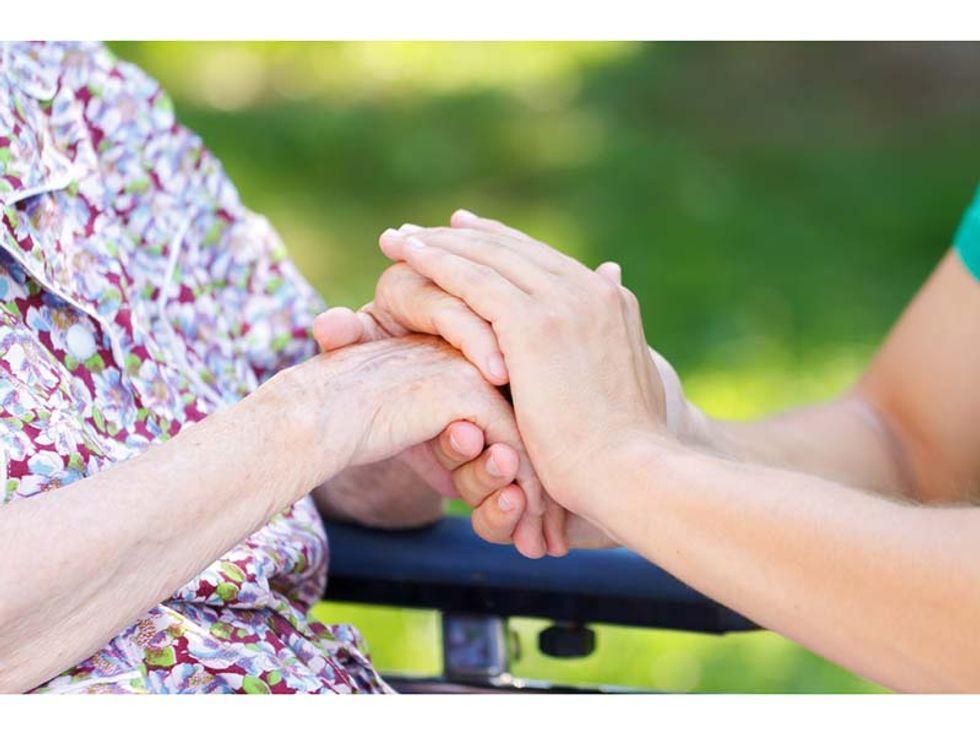 More than half of Americans aged 50 and up are helping an older adult manage tasks ranging from household chores to care for medical conditions, a new national poll shows.

Researchers said the findings highlight the critical role that everyday people are playing in the lives of older family members, friends and neighbors.

The results come from the University of Michigan's National Poll on Healthy Aging, an ongoing series of surveys on older Americans' well-being.

This go-around, researchers wanted to find out how many people in the 50-and-older demographic are acting not only as caregivers for an older adult, but as a "helper," too.

"Not everyone who helps an older person considers themselves a caregiver," said Courtney Polenick, an assistant professor of psychiatry at Michigan Medicine who worked with the poll team.

That could include people who help a relative, friend or neighbor with tasks like household repairs, yard work, shopping or finances. It's distinct from helping with care for medical conditions, going to doctor appointments, or assisting with personal care, like dressing and bathing.

"But those tasks are important," Polenick pointed out. "They're part of helping older adults remain independent and living in the community."

And Americans appear to be doing a lot of them.

About one in six respondents helped an older person with personal care, like bathing and dressing.

In close to half of cases, people were helping a parent. But it was also common for respondents to be helping a friend or neighbor, a spouse or another relative.

Lending a helping hand has its challenges. The poll found that two-thirds of caregivers/helpers reported problems like physical and emotional fatigue, difficulty balancing family responsibilities and work, and lack of time for self-care.

People caring for an older adult with dementia often had an especially hard time: About half had to help with five or more tasks, and just as many said the responsibilities were harder than they'd expected.

Caring for someone with dementia is particularly complex, Polenick said, and the poll results underscore a need to better prepare families for that.

Jennifer Reeder directs educational and social services at the nonprofit Alzheimer's Foundation of America. She said that many people think of Alzheimer's as a disease that robs memory, and may not expect the personality and behavioral changes that commonly arise.

In the early stages, Reeder said, people with dementia may have mood swings as they deal with the frustration of their thinking declines. Later, they may suffer hallucinations, paranoia, agitation and other issues that are hard on caregivers.

"For family caregivers, it can be hard to know when to ask for help," Reeder said.

That help, she said, could come from other family members or community resources, like area agencies on aging. In some cases, Reeder said, families might have access to day programs, which give people with dementia a place to socialize and participate in activities. Another possibility is respite care, where a care provider comes to the home to give the family caregiver a break.

Reeder said families can also turn to the Alzheimer's Foundation of America, which has resources for caregivers.

But while caring for someone with dementia can be challenging, Reeder said it's also possible to do too much.

"There may be some things you're doing for them that you don't have to — that they can still do for themselves," she noted. "We know that people in cognitive decline need to remain active."

Although the poll found that caregiving challenges were common, it also highlights the bright side: Nearly all helpers — 96% — reported positive experiences, like feeling a sense of purpose and growing closer to family or friends.

Reeder noted that caregiving "changes the dynamic" of relationships, and may allow new opportunities to connect. Something as simple as looking at family photos together, she said, could open up conversations that otherwise might not have happened.