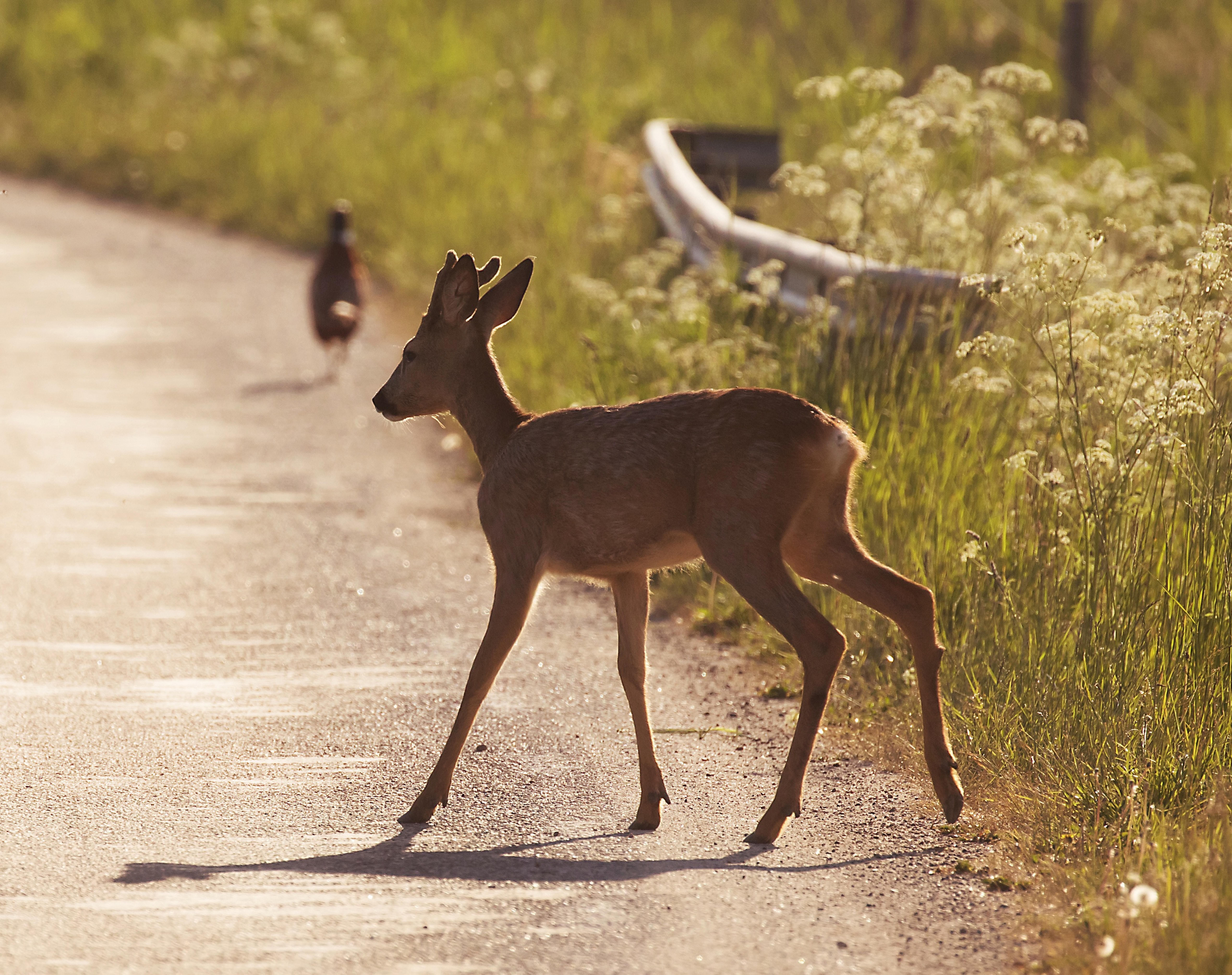 Motorists are more likely to plow into a deer on U.S. highways after the annual "fall back" end of daylight saving time (DST), a new study shows.

That’s because frisky deer in the middle of their mating season (also known as rut) are crossing roads that become shrouded in darkness earlier in the day with the time change, researchers explained.

There's a 16% increase in deer-vehicle collisions in the week following the shift from DST to standard time, according to a report published Nov. 2 in the journal Current Biology.

What's more, nearly 1 in 10 of all deer-vehicle wrecks occur during the two-week period around the switch from DST to standard time, researchers found.

Adopting permanent daylight saving time could save dozens of deaths, thousands of injuries and more than $1.1 billion in damages every year, just by warding off deer-related car crashes, researchers say.

"Wildlife-vehicle collisions are a huge and growing problem," said co-lead author Calum Cunningham, a postdoctoral researcher at the University of Washington.

"There are social costs -- people killed and injured -- and it's also a conservation problem as it's one of the largest sources of human-caused mortality of wildlife," he said in a university news release.

An estimated 2.1 million deer-vehicle crashes occur in the United States each year, killing about 440 people, causing 59,000 injuries and racking up around $10 billion in damages, researchers said in background notes.

Deer-vehicle collisions peak in the fall, as the animals' mating season increases their activity levels by as much as 50%, researchers said.

The shift to standard time also causes an abrupt increase in the amount of driving that occurs after sunset, since darkness falls earlier in the day after the time change, they added.

"We believe that this fall spike really happens due to the overlap of these two factors: the breeding season and the change from daylight saving time back to standard time," said co-lead researcher Laura Prugh, an associate professor of quantitative wildlife sciences at the university.

"We don't see a corresponding shift in deer-vehicle collisions in the spring during the other time change, and we believe that's in part because spring is not a breeding season for deer," Prugh said in the release.

To assess the risk, the researchers analyzed more than 1 million deer-vehicle collisions from 23 states between 1994 and 2021.

Deer-related wrecks are 14 times more frequent during the two hours after sunset than the two hours before sunset, with most crashes occurring in the dark, researchers found.

Making DST permanent would prompt a 2.3% decrease in deer-vehicle crashes, researchers found. That would likely prevent 33 human deaths each year, as well as 2,054 human injuries and nearly $1.2 billion in damages.

On the other hand, a switch to permanent standard time would actually prompt a 73,660-wreck increase in deer-vehicle collisions, the researchers said. There would be 66 additional human deaths, 4,140 more injuries and an extra $2.4 billion in collision costs.

"Humans today have this 'evening bias' in our activity; we get up later and stay active later than what the sun is telling us to do," Cunningham said. "As long as people are living their lives 'by the clock,' which animals do not, people need to be aware of risks and make adjustments where we can.

"If people are thinking about what they can do for wildlife and for their own lives, reducing driving during dark hours is likely to help significantly," he said.

The Insurance Information Institute has more about deer-related car crashes.