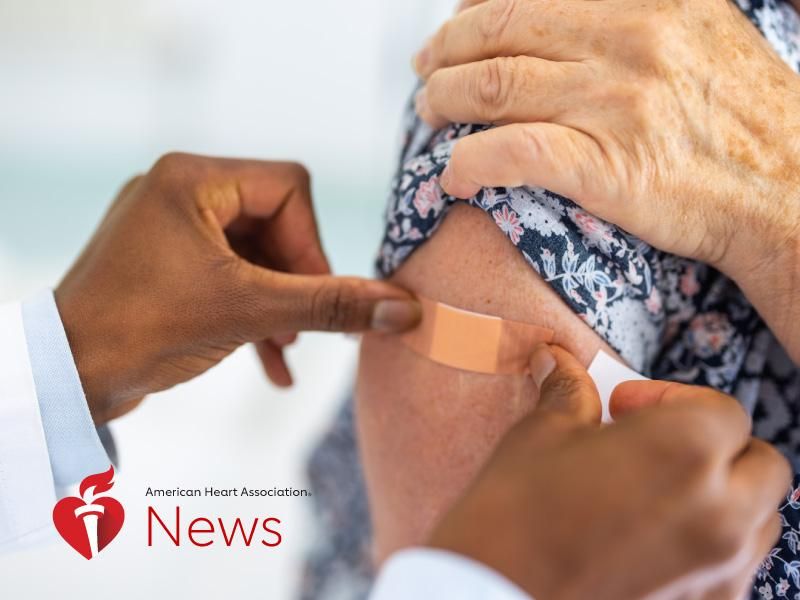 A third dose of the Moderna or Pfizer COVID-19 vaccine poses no more risk of heart inflammation than a second dose, a large study suggests. The findings could help allay concerns about risk going up with each additional dose.

Cases were rare. Most appeared within seven days of vaccination and the patients recovered, found the study, which is being presented Saturday at the American Heart Association's Scientific Sessions. The work is considered preliminary until full results are published in a peer-reviewed journal.

Researchers examined the health records of millions of Southern Californians to see whether third doses of the vaccines, which use mRNA technology to activate the body's defenses against the coronavirus, were linked to myocarditis, an inflammation of the heart muscle.

"It is an important question because with additional doses of COVID-19 mRNA vaccines being recommended, it is essential to monitor its safety," said Dr. Mingsum Lee, the study's senior researcher and a cardiologist at Kaiser Permanente Los Angeles Medical Center.

Myocarditis has been considered a rare but serious potential side effect from COVID-19 vaccination, more often after a second dose than after the first, according to the Centers for Disease Control and Prevention.

Lee and colleagues examined records from adults who were part of the Kaiser Permanente Southern California health plan and received at least one vaccine dose between Dec. 14, 2020, and Feb. 18, 2022, before the updated "bivalent" booster formulations became available. The median age of those studied was 47. About 54% of the people studied were women; 39% were Hispanic; 30% were white; 13% were Asian; and 7% were Black.

Researchers searched medical records for people hospitalized for myocarditis within 21 days of receiving the Pfizer or Moderna vaccine.

But overall, myocarditis was rare, most cases were mild, and the symptoms resolved without extensive intervention, said Lee, who also is a clinician investigator with the Kaiser Permanente Southern California Department of Research and Evaluation.

Eight of the nine cases of myocarditis following the third dose were in men, and five in people between 18 and 40 years old. Previous studies have shown a higher risk of post-vaccine myocarditis in teens and young men.

Lee said such risks need to be kept in context, given that other studies have shown the risk of myocarditis is much higher after COVID-19 infection than after vaccination.

Epidemiologist Howard Sesso, an associate professor of medicine in the division of preventive medicine at Brigham and Women's Hospital in Boston, agreed. "This should not alter one's decision on whether or not to get vaccinated or boosted. The benefits still far outweigh any small potential risks such as this," he said.

In addition to myocarditis, COVID-19 raises the risk of other complications, and has killed more than 1 million people in the United States.

The CDC recommends people ages 5 and up receive one bivalent booster if it has been at least two months since their last COVID-19 vaccine dose.

Sesso, who was not involved in the new study, said its large size leveraging electronic health records was impressive. Although the results were not surprising, he said, "these are important, suggestive findings that need to be replicated" and followed up.

Even a large study faces challenges in teasing out information as subtle as a possible link to myocarditis, he said, and this type of research can show only correlation, not cause and effect.

More research is needed on possible biological explanations behind any connection, he said. And to that end, he'd be interested in seeing more data and analyses comparing people in this study who developed myocarditis with those who did not.

The researchers noted some of their work's limitations, including the possibility that some cases of myocarditis might have been missed if people did not seek care at a hospital.

More research will be needed as the coronavirus and vaccine recommendations continue to evolve, Lee said. Some people are already on their fifth dose.

"Monitoring the safety associated with additional vaccine doses will be important," she said.