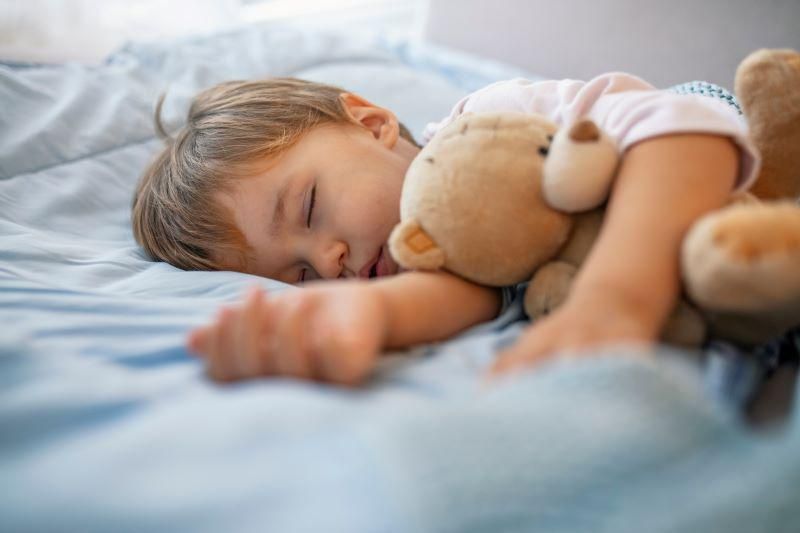 Why do some preschoolers refuse naps while others have a meltdown without an afternoon snooze? Researchers suspect it may have a lot to do with a specific memory-related part of the brain.

While young children all need a lot of sleep, they do vary widely in when they stop napping during the day: Some leave naps behind by the time they are 3, while many others happily take an afternoon nap through age 5 or even longer.

Parents typically care a lot about that timing, said Rebecca Spencer, a professor of psychological and brain sciences at the University of Massachusetts Amherst.

Some enjoy their youngsters' naps as a personal break time. But for other parents, Spencer said, afternoon naps are inconvenient and "they can't wait for them to be over."

Yet as important as kids' napping "transitions" are to parents, there has been little research into what determines the timing, Spencer said.

In a special sleep issue of Proceedings of the National Academy of Sciences, she and colleague Tracy Riggins summarize the research that is out there, including their own. And they propose a theory on why and when youngsters stop napping: It may be dependent on a brain structure called the hippocampus.

The hippocampus plays a major role in memory processing and learning. And Spencer and Riggins hypothesize that the maturity of the hippocampus, rather than a child's age, may be a key driver of young children's transition out of napping.

The hippocampus is particularly important in forming and stabilizing memories of new information, before they are passed along to the brain's long-term storage. Sleep, in adults and children alike, helps the hippocampus do its job.

But during early childhood, the hippocampus is rapidly developing. The immature hippocampus is analogous to a small bucket that can only hold so much before it overflows, Spencer said. So young children need that afternoon nap to help the hippocampus process memories -- essentially emptying the bucket.

Studies support the value of allowing preschoolers to nap after learning new information. In a 2020 study, Spencer and her colleagues found that youngsters who napped after story time were better able to recall the story's sequence of events than their peers who stayed awake.

But if naps are so important, why do some kids leave them behind earlier than others?

As the hippocampus matures, so does its capacity, and the drive to nap abates, Spencer and Riggins say. So children may transition out of regular napping based on the pace of the hippocampus's development.

That does not mean that something is wrong with the hippocampus of a child who is still napping at age 5, however.

"Brain development happens on different trajectories," Spencer said. "The timing that one child needs is different from another child's."

Rebecca Gomez is a professor at the University of Arizona, who studies learning and memory development in young children. She was not part of the study.

Gomez said the new report, and theory, are important in highlighting the crucial role of napping in preschoolers' development.

"I'd be surprised if this was all driven by the hippocampus," Gomez said, referring to the timing of kids' transition out of napping.

But, she added, that's a hypothesis that future studies can test.

In her own work, Gomez has found that 3-year-olds who no longer nap every day still benefit from an afternoon snooze: A nap right after learning new words helped those youngsters remember the words the next day.

That does not mean that naps should be forced onto preschoolers who do not want them, according to Gomez. Giving them the opportunity to nap is key.

"Children will naturally transition out napping when their bodies and brains are ready," Gomez said.

Spencer pointed out that U.S. preschools vary widely in how they prioritize naps. Some policymakers argue that preschools "are for learning," and nap time detracts from that. In some preschools, Spencer said, parents can opt out of nap time and have their child take a Zumba class or French lesson instead.

Both Spencer and Gomez said it should not be treated as a choice between learning or napping.

"In general," Gomez noted, "our culture undervalues sleep." It's critical, she said, to recognize the importance of napping for young children's development.

As for nighttime sleep, young children need a lot of that, too. According to the American Academy of Pediatrics, toddlers need 11 to 14 hours of sleep each day, while preschoolers need 10 to 13 hours -- naps included.

The American Academy of Pediatrics has advice on healthy sleep habits.