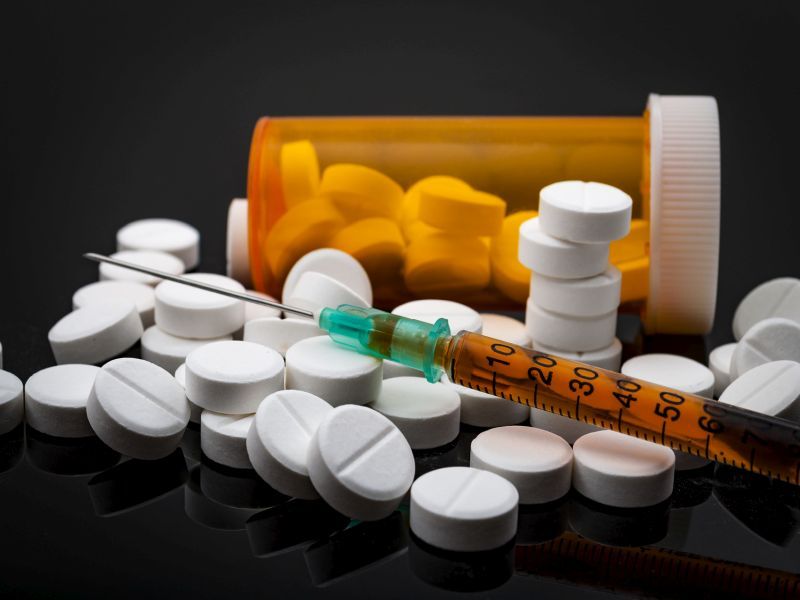 A new study is sounding the alarm about the addition of antihistamines to street forms of opioids — and how they might make a fatal overdose more likely.

The prime drug in question is diphenhydramine, found commonly in over-the-counter allergy meds such as Benadryl.

Because opioid use can spur itchy skin in people who misuse the drugs, diphenhydramine is often mixed into street formulations to curb that symptom.

However, diphenhydramine is also very sedating. So when a person overdoses on an opioid, the addition of diphenhydramine makes the “rescue” drug naloxone less effective, warns a team from the U.S. Centers for Disease Control and Prevention.

In fact, “nearly 15% of overdose deaths during 2019-2020 were antihistamine-positive,” said researchers led by Amanda Dinwiddie. She's with the CDC's Division of Overdose Prevention at the National Center for Injury Prevention and Control.

The new study tracked data collected from 43 states on fatal drug overdoses for 2019-2020.

“A death was defined as antihistamine-positive if any antihistamine was detected on postmortem toxicology or was listed as a cause of death on the death certificate,” the researchers explained.

Of the more than 92,000 drug overdose deaths recorded during the study period, over 13,500 were antihistamine-positive (nearly 15%). A subset of 3,345 fatal overdoses listed an antihistamine as a partial cause of the victim's death.

“Most antihistamine-positive and antihistamine-involved deaths included diphenhydramine, which is easily accessible over the counter as an allergy medication and sleep aid,” Dinwiddie's group noted.

Many people who misuse opioids — and those in their circle — may have access to naloxone in the case of an overdose, and it is also typically used by medical first responders to the scene.

However, “because antihistamines do not respond to naloxone, co-involved opioid and antihistamine overdoses might require naloxone administration plus other immediate medical response measures to prevent death,” the CDC researchers warned.

If that extra help isn't available, the risk of an overdose becoming fatal rises.

The new data should “guide awareness efforts about the potential dangers of the unpredictable illicit drug supply and the intentional or unintentional co-use of substances, including antihistamines and opioids,” the research team reported.

The study was published in the Oct. 14 issue of the CDC journal Morbidity and Mortality Weekly Report.