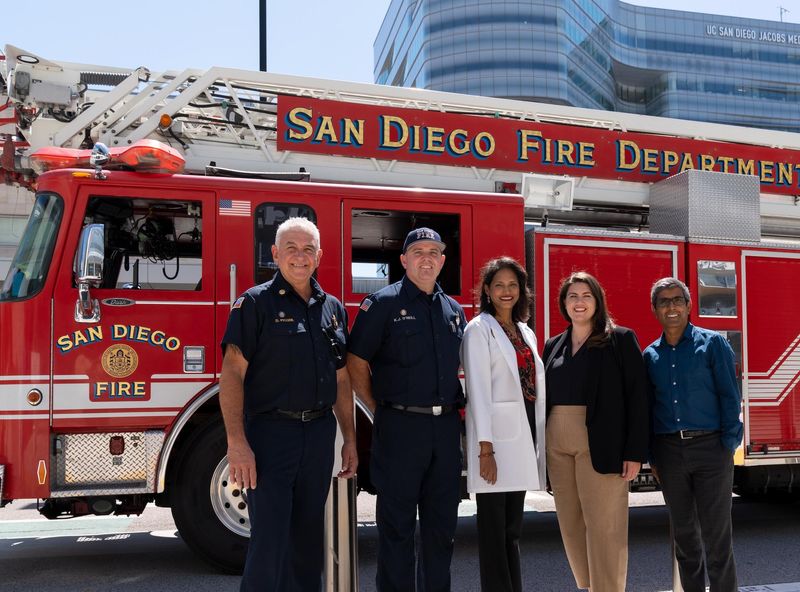 "Time-restricted" eating is a popular way to lose weight, and a new study suggests it can offer shift-workers a way to eat more healthfully.

Time-restricted eating is a form of intermittent fasting, where people limit themselves to eating within a certain time window each day. Outside of that window, they swear off everything other than calorie-free drinks.

Time restriction has become a popular weight-loss strategy, largely because it's simple. Instead of counting calories, people only have to watch the clock. And small studies have shown that narrow eating windows — six hours being a popular one — can help people shed some pounds.

There is also some evidence of benefits other than weight loss, according to Dr. Pam Taub, a cardiologist and professor at the University of San Diego School of Medicine.

In one recent study, she and her colleagues found that time-restricted eating helped people with obesity lose some weight. Beyond that, their "bad" cholesterol levels dropped to a degree that was greater than would be expected from the weight loss alone, Taub said.

For the new study, her team wanted to see whether time-restricted eating could be a healthy change for shift workers — specifically, firefighters on a 24-hour shift.

Studying shift workers is important, Taub said, because their irregular schedules put them at greater risk for weight gain and "cardiometabolic" ills like high blood pressure, diabetes and heart disease.

The human body's natural circadian rhythms dictate that people be active and eat during the day, and sleep — and not eat — when it's dark. Shift work throws those rhythms off.

The new study involved 137 San Diego firefighters who worked 24-hour shifts — meaning they were on duty for 24 hours straight, a couple of times per week.

Taub and her colleagues randomly assigned the firefighters to two groups: One stayed with their normal eating schedule, and the other committed to 12 weeks of time restriction — narrowing their daily eating window from an average of 14 hours to 10 hours.

Both groups were also encouraged to follow a Mediterranean diet, which emphasizes fruits and vegetables, fish, fiber-rich grains and "good" fats like olive oil.

One of the main objectives, Taub said, was to see whether time-restricted eating was safe for firefighters — who are used to grabbing a snack whenever they feel they need the energy.

It turned out the eating plan posed no problems. Firefighters in the time-restricted group reported no issues with fatigue or other symptoms that could interfere with their ability to do their job, Taub said.

On the whole, the firefighters were healthy to start, and the researchers saw no clear differences between the two study groups over 12 weeks. But when they focused on subgroups who did have risk factors for heart and vascular disease, they found some effects of time-restricted eating. Among firefighters with elevated blood sugar or diastolic blood pressure (the bottom number in a blood pressure reading), those on time restriction showed a greater improvement in those numbers.

However, it's not clear that time restriction, per se, deserves the credit, according to a researcher who reviewed the study findings.

Having participants follow a Mediterranean diet could certainly improve blood sugar or blood pressure, said Krista Varady, a professor at the University of Illinois, Chicago, who studies intermittent fasting.

And while firefighters in both groups were encouraged to go Mediterranean, Varady noted that the time-restriction group ended up making an additional change: They cut down on drinking alcohol by nearly 50% (likely because they were no longer consuming calories after 7 p.m.).

Beyond that, Varady said, the subgroup analyses were based on just a small number of firefighters who had unhealthy blood sugar or blood pressure, which lessens the reliability of the results.

She also doubted that a 10-hour eating window — which means 14 hours of fasting — would, itself, make much difference.

"That's actually a big window," Varady said. "You really have to narrow it to six to eight hours."

All of that said, Varady is all for studying time restriction in shift workers. "I think it's great that they were able to recruit so many people for the study, and get firefighters to improve their diets," she said.

It would be valuable, she said, to study other types of shift-workers — particularly people who routinely work overnight and have their sleep/wake schedules turned upside down.

Taub agreed, and said her team wants to study workers who are not so healthy — namely, people with metabolic syndrome, a collection of cardiovascular risk factors including obesity, and elevated blood pressure and blood sugar.

"Here's a study that shows, in this group of shift workers, this is feasible, it's safe, it's something you could try," she said.

Varady said that for people who want to lose weight, time restriction is a simple approach and worth a shot. But, she added, there's still little evidence that it has health benefits beyond weight loss.

The findings were published online Oct. 4 in the journal Cell Metabolism.

The Harvard School of Public Health has more on intermittent fasting.