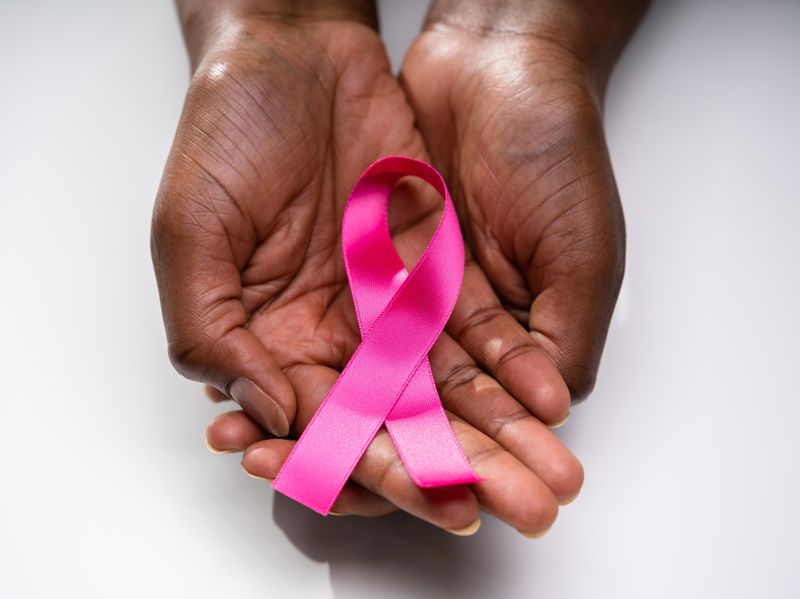 Breast cancer researchers and clinicians have made tremendous progress in reducing death rates in the past three decades, yet a racial gap persists in the United States.

Even with the lower numbers of actual disease compared to white patients, Black women are still much more likely to die from the disease.

The American Cancer Society highlights these disparities in a new report.

"We found that despite continued progress in reducing the risk of death from breast cancer, there is an alarming persistent gap for Black women, who have a 40% higher risk of dying from breast cancer than White women despite lower incidence. This is not new, and it is not explained by more aggressive cancer," said report co-author Rebecca Siegel, senior scientific director of surveillance research at the American Cancer Society.

"We have been reporting this same disparity year after year for a decade. It is time for health systems to take a hard look at how they are caring differently for Black women,” Siegel said in a cancer society news release.

Black women remain the least likely of any racial/ethnic group to be diagnosed while their breast cancer is at a localized, more easily treated, stage -- at 57% versus 68% in white women, researchers found. They also have the lowest five-year survival rate of any racial or ethnic group for all breast cancer subtypes and stages, except stage 1. The largest gaps were between stage 3 and stage 4. For an explanation of staging, click here.

Gaps also exist for American Indian and Alaska Native women, who are 17% less likely to be diagnosed with breast cancer than white women, but 4% more likely to die from the disease.

The U.S. death rate from breast cancer dropped by 43% overall between 1989 and 2020, with 460,000 fewer deaths. The cancer society attributed that to earlier detection through screening, increased awareness and advances in treatment.

Jemal called for coordinated and concerted efforts by policymakers, health care systems and providers to deliver the best breast cancer care to all populations. This includes expanding Medicaid in the non-expansion Southern and Midwest states, where Black women are disproportionately represented, he said.

The 2022 breast cancer statistics can be viewed here.

The U.S. National Cancer Institute has more on breast cancer.