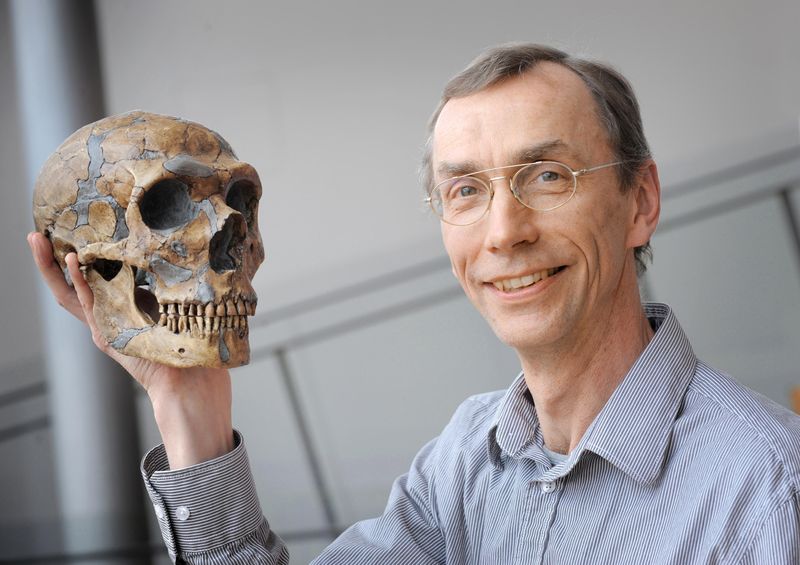 The 67-year-old researcher made important discoveries about human evolution and the immune system while comparing modern humans and early hominins. After developing new techniques, Paabo and his team made it possible to compare the genome of modern humans with that of Neanderthals and the newly discovered Denisovans.

His father, Sune Bergstrom, also won the Nobel Prize in medicine, in 1982.

The award in medicine is the first in a week of Nobel Prize announcements, which will continue with the physics prize on Tuesday, chemistry on Wednesday, literature on Thursday, and the Nobel Peace Prize on Friday. The economics prize will be given the following Monday.

Paabo conducted his studies at the University of Munich and at the Max Planck Institute for Evolutionary Anthropology in Leipzig, Germany.

His work led to recognition of a new species of hominins, the Denisovans, after the scientists were able to extract DNA from a finger bone, the AP reported.

That was "a sensational discovery," Wedell said.

"Paabo and his team also surprisingly found that gene flow had occurred from Neanderthals to Homo sapiens, demonstrating that they had children together during periods of coexistence," Wedell added.

Modern humans outside of Africa have about 1% to 2% Neanderthal genes, while about 6% of those in Asia and Southeast Asia have Denisovan genes, which also suggests interbreeding of the two groups.

"By mixing with them after migrating out of Africa, homo sapiens picked up sequences that improved their chances to survive in their new environments," Wedell said.

An example of this is Tibetans' adaptation to high altitude, who share a gene with Denisovans.

"We already know that it affects our defenses against different types of infections for instance, or how we can cope with high altitude," said Nils-Goran Larsson, a member of the Nobel panel. "But like all great discoveries in basic science, more and more insights will come over the next decades."

Prize recipients will receive 10 million Swedish kronor, which is nearly $900,000, on Dec. 10. Money is from a bequest left by Swedish inventor Alfred Nobel, who died in 1895.

The U.S. National Human Genome Research Institute has more on the human genome.