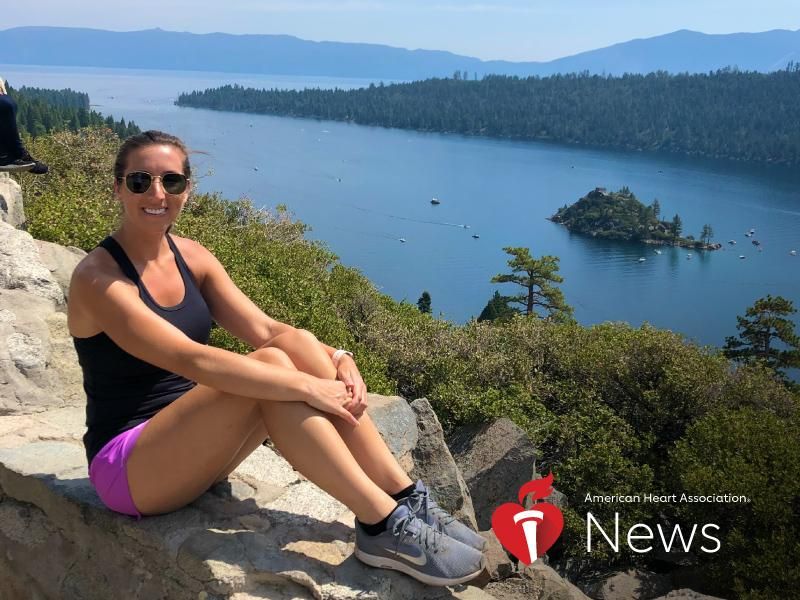 Marissa Fattore's graduation from Kutztown University of Pennsylvania took place on a warm spring day. For the occasion, Marissa had her nails done and wore a new dress and high heels.

Despite her excitement, she felt crummy. She had a headache and her brain was fuzzy. It was probably just nerves, she thought.

More than 500 people were seated at the indoor ceremony, including Marissa's parents, brother and maternal grandmother. Before the ceremony started, she called her parents, Daniel and Karen Fattore, to ask them to hold her purse.

When they met up, she described her ailments. Her parents figured it was due to stress and exhaustion after a busy end-of-school period.

Marissa took her place with the other graduates. As her name was called out, she walked to the stage and accepted her bachelor's degree in psychology, plus an honors medal. Her family cheered her on, though they were seated so far back they could barely see her.

A minute later, there was a rustle in the crowd. The ceremony stopped.

From their remote vantage point, the Fattores had no idea what was happening. They could only make out clipped voices amplified through the microphones.

Karen heard a request for a medic. Although she also heard the name "Marissa," she wasn't alarmed. If it was her Marissa, she'd likely tripped on her high heels or something minor, Karen thought.

Then came the announcement: "Would the parents of Marissa Fattore please come to the front of the auditorium?"

Karen went alone, while Daniel stayed with his son, who is four years older than Marissa, and with Karen's mom.

Karen found Marissa in a daze and frightened. She didn't know what had happened.

Other students said it appeared Marissa had a seizure and had fallen to the ground. An ambulance was called for. Karen rode with her daughter to the hospital – the same hospital where Karen worked as a medical social worker. At the hospital, Marissa was in an exam room when she had a second seizure.

Diagnostic tests led to an MRI of her brain, as well as other tests, which showed a clot. She received clot-busting medication that resolved the problem.

More testing revealed the cause of the stroke: cerebral venous sinus thrombosis. That occurs when a blood clot forms in the brain's venous sinuses. CVST is a rare form of stroke that can affect adults and newborns. The odds are extraordinarily rare for someone her age, a neurologist told Karen.

Adding to the surprise was Marissa's fitness level. She'd been a competitive swimmer through her first year of college and still swam recreationally. She also went to a gym regularly and ate a healthy diet.

Marissa was in the hospital for 10 days, then spent 10 days receiving in-patient rehabilitation. She had two more small seizures during rehab and was prescribed medication that would prevent them.

At first, she could not walk properly, but that cleared up quickly. Her speech and comprehension was slow, but she made gains at every rehab session. Overall, she improved quickly, which doctors credited to her strong overall health and fitness.

When Marissa was discharged, she was required to wait at least six months to drive again because of her seizures.

She moved back into her childhood home in Douglassville, Pennsylvania. She also attended outpatient rehab for a few months, continuing to work on her strength and agility.

Her parents were so worried they even stayed nearby when she showered for the first few weeks.

"There were no obvious deficits, but I felt like I didn't ever want to leave her alone," Karen said.

Marissa was nervous about having another stroke but comforted by trusting the medications she was prescribed. At the same time, she was frustrated by her lack of independence.

"I wanted to be out there living my life and taking care of myself," she said. "I felt sad and down."

She found an internship with an event planner and enjoyed the work. She also revived a plan to move to Florida the following summer.

Having started college there, Marissa loved being around the water and warm weather and was eager to reconnect with friends she'd already made there. Plus, leaving home meant starting fresh, where no one would know about the stroke.

"We challenged her plans," Karen said. "But in the end, she just needed to reclaim her life."

Now, nine years later, Marissa lives with her boyfriend in Vero Beach. She was taken off anti-clotting medication a year after her stroke. She continues taking medication to prevent seizures. She was relieved to learn it's safe for her to get pregnant while taking it.

After a few years working in sports-related events, she started a marketing job with a Florida-based fitness studio franchise that has locations around the world.

Through partnerships with her company and health organizations, she's been able to help spread the word about fitness, heart health and stroke awareness.

Initially, she kept her stroke a secret, even when she first started advocacy work.

"I was afraid of being seen or treated like I had a disability when I felt like I was as fully functioning as before," she said. "It was intimidating for me to be vulnerable."

Inspired by hearing others' stories, she decided to open up about her own in hopes it would make a difference.

"There are so many benefits of physical activity beyond preventing a stroke," she said. "I'm so grateful to be here and healthy, and I want to share that with the world."