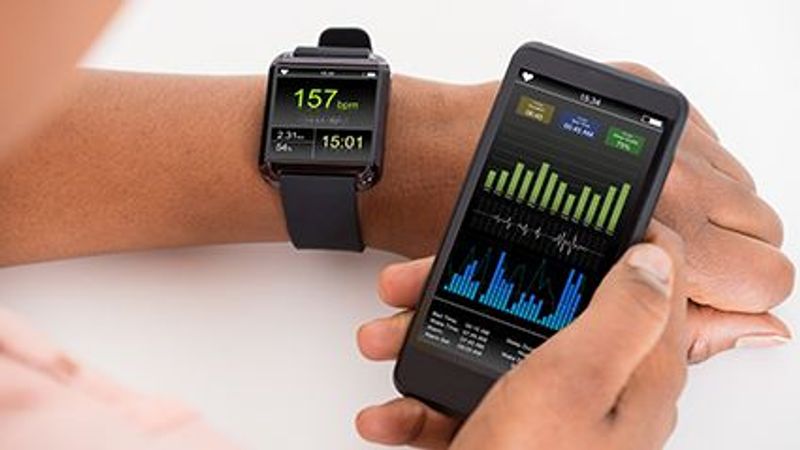 Wearing a fitness tracker may help you get more steps in -- even if you never give it a glance.

A new study found that folks who wore a pedometer averaged 318 more steps a day than those who didn't, even without specific fitness goals or incentives and even if they couldn't see the step count.

"Humans are hardwired to respond to what is being measured because if it's being measured, it feels like it matters," said study co-author William Tayler, a professor of business at Brigham Young University in Provo, Utah.

"When people go get an Apple Watch or a Fitbit, of course it's going to affect their behavior; they obtained the device with the goal of walking more," he said in a university news release. "But it's helpful for individuals to know that even without trying, just being aware that something is tracking your steps increases your activity."

To learn how much people walk with and without a pedometer, researchers needed a way to measure step counts.

So they asked the 90 participants for permission to pull information generally from their phones because the iPhone has a default step-tracking feature that few participants were aware of. They didn't tell participants they were gathering their step counts from the weeks prior to the study.

"It was a bit of a sneaky way to get the data we needed," Tayler said.

Then, researchers gave some participants a pedometer without a display. Other participants, without the pedometers, did not know the study's purpose.

"If you want something to improve -- for example, a key performance indicator in the workplace or a personal health goal -- our study shows that you should consider tracking your progress," Tadje said in the release.

Modest increases in physical activity have cumulative benefits, according to the study, so the findings could be useful to those who promote public health.

"If I were an insurance executive, I'd be interested to know that you can hand out basic fitness trackers to people, and as long as they put them on, they're going to walk more," Tayler said.

The findings were recently published in the American Journal of Health Behavior.