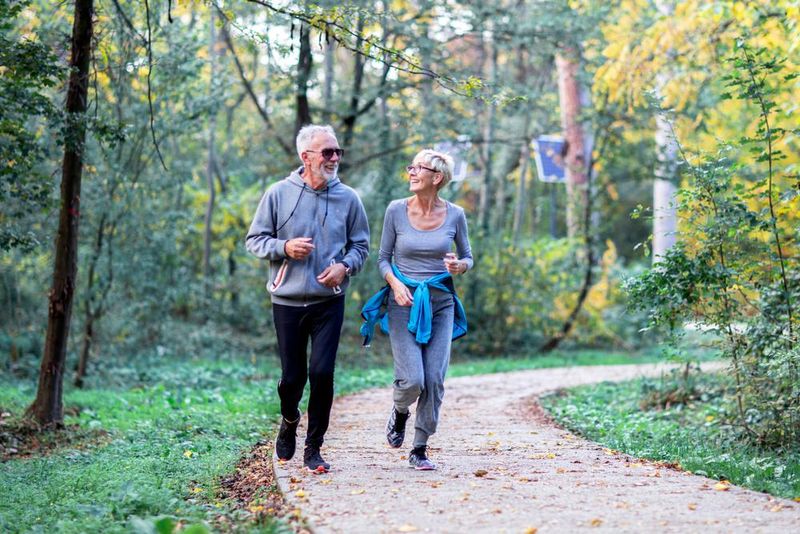 Eating well and exercising can make for a longer life, and that holds true for former smokers, too, a new study shows.

Researchers found that of nearly 160,000 former smokers, those who exercised, ate healthfully and limited their drinking were less likely to die over the next couple of decades, versus their counterparts with less-healthy habits.

It's well known that when smokers kick the habit, the health benefits are huge -- with reduced risks of various cancers, lung disease, heart disease and stroke. But former smokers still have a higher risk of premature death than people who never smoked.

The new findings were published Sept. 22 in the journal JAMA Network Open. They suggest they can narrow that gap by making other lifestyle changes.

Given that 52 million Americans are former smokers, that's an important message, experts said.

It's common for smoking to go hand-in-hand with other unhealthy lifestyle habits, said Dr. Panagis Galiatsatos, a pulmonary and critical care specialist at Johns Hopkins Medicine in Baltimore.

So ideally, he said, when people seek help with quitting, those other lifestyle factors should be addressed, too.

Many smokers, for instance, light up when they drink alcohol. So cutting back on drinking could help eliminate that smoking trigger -- as well as the health consequences of excessive drinking. People also commonly pair smoking with unhealthy food choices, Galiatsatos said, or use it to deal with stress.

"I promise you, everyone smokes in a pattern," said Galiatsatos, who is also a spokesperson for the American Lung Association. "So I start by asking patients, why do you smoke?"

The new study, by researchers at the U.S. National Cancer Institute (NCI), involved nearly 160,000 former smokers ages 50 to 69. They completed questionnaires on their medical history and lifestyle factors such as diet, exercise and drinking habits.

Over the next 19 years, more than 86,000 study participants died. But those who reported healthier lifestyle habits at the outset were more likely to survive -- even when the researchers accounted for differences like people's education levels, and whether they'd had conditions like heart disease or cancer at the study's start.

The "adherent" group was getting at least four hours of moderate to vigorous exercise each week; limiting alcohol to no more than one drink a day for women, or two a day for men; and getting the recommended amounts of fruits and vegetables, "good" fats and other nutrient-rich foods, while curbing sugar, salt and saturated fat.

The more of those recommendations people followed, the better, lead researcher Maki Inoue-Choi said in an NCI news release. But, she added, sticking with even one healthy habit seemed to bring benefits.

Former smokers who stuck with exercise recommendations, for instance, were 17% less likely to die during the study period, versus those who were most sedentary.

There's no question that smoking is bad, and quitting is good, Galiatsatos said. But the new findings, he added, underscore the importance of looking at overall lifestyle.

When people understand why they smoke, and how different daily habits are intertwined, Galiatsatos said, they can be better armed to both quit and make other healthy choices: If they smoke to deal with stress, for instance, they could try replacing that response by going out for a walk.

Inoue-Choi did point to a limitation of the study: It involved mostly white, relatively higher-income Americans -- a group that may have an easier time fitting in exercise, or buying healthy food, for example.

Future studies, the researchers say, should include more people of color and those with lower incomes.

The American Lung Association has help for people who want to quit smoking.