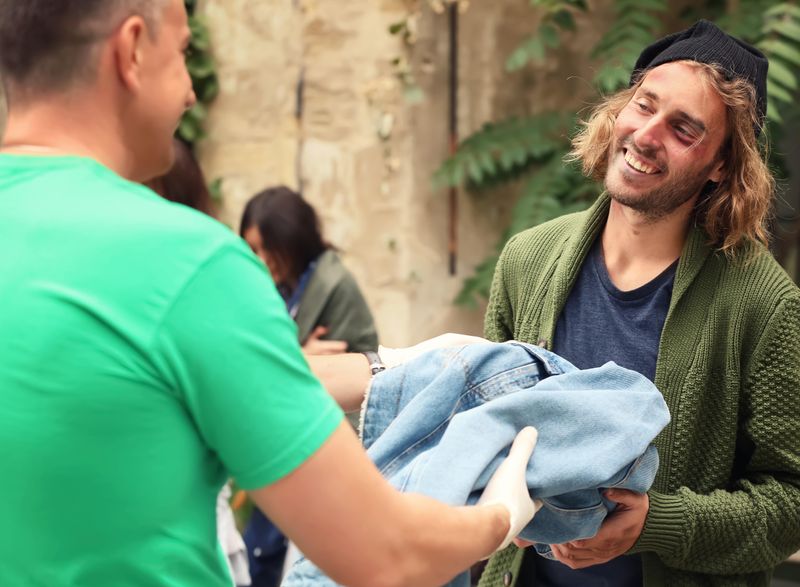 Buying someone a cup of coffee might seem like no big deal, but a new study shows that small acts of kindness have a bigger impact than people believe.

In a series of experiments, researchers found that those on the receiving end of a kind gesture typically appreciated it more than the giver anticipated. One reason, the findings suggest, may be that recipients feel the warmth behind the gesture, while the giver often overlooks that.

The implication, experts said, is fairly straightforward: If you have an opportunity to be kind, take it.

"You might think it's a small thing," said researcher Amit Kumar. "But for the recipient, its meaning goes beyond the thing you're giving."

Being kind does take a bit of awareness and effort; it's more than simply being courteous. And if you fail to realize how much small kindnesses mean to other people, Kumar said, you might not bother.

In one of the experiments, participants said they wished they performed "random acts of kindness" more often in their daily lives.

"So, what holds us back?" said Kumar, an assistant professor at the University of Texas at Austin McCombs School of Business.

Based on these findings, he said, a consistent undervaluing of kindness may be partly to blame.

"That makes perfect sense," said James Maddux, a senior scholar with George Mason University's Center for the Advancement of Well-Being in Fairfax, Va.

Maddux, who was not involved in the study, said the findings are consistent with other research showing that people tend to underestimate the power of small gestures -- such as sending a text to an acquaintance just to ask how he or she is doing.

What's interesting about the new research, Maddux said, is what it suggests about the "why."

"The giver may tend to think about what I'd call the utility of the act -- its usefulness," he said. "But the recipient is perceiving the warmth behind it."

Kumar talks more about the study findings in the video below:

The findings, published recently in the Journal of Experimental Psychology: General, are based on a series of experiments looking at different giving-receiving scenarios. In some cases, the recipient was someone the giver knew, while in others it was a stranger.

In all cases, the "gift" was small -- a thoughtful note or a cup of hot chocolate -- and givers were asked to predict the positive impact it would have on the recipient.

Across the scenarios, the study found, givers did realize the kind gesture would boost the recipient's mood. But they underestimated the degree to which it did -- with recipients consistently seeing the gesture as a bigger deal than givers did.

One experiment, involving 200 people and some tasty cupcakes, tried to get at the reasons. Some participants received a cupcake, but while some were told it was simply for their participation in the study, others received it as a gift from a kindly stranger. It turned out that the latter group appreciated the cupcake more.

Yet other participants in the study, who were asked to predict the cupcake recipients' mood boost, expected similar results, regardless of the cupcake's origins.

It all suggests that while the observers thought a cupcake is a cupcake, the actual recipients perceived the kindness behind a gift from a stranger.

And what's so important about those mood boosters? Maddux said such "little bursts of positivity" in an ordinary day do add up to support people's mental well-being -- similar to how short bouts of walking throughout the day can benefit physical health.

Plus, kindness may beget kindness, the new findings suggest. In yet another experiment, participants were first given a gift -- either from the researchers' lab or from a fellow participant. They then played a game where they were told to divide $100 between themselves and another, unknown study participant.

In the end, people who'd received a gift from a stranger were more generous than their counterparts who'd been gifted by the lab: They gave themselves just a few dollars more than they gave the stranger.

That, Kumar said, suggests that kindness can be contagious.

And while the focus of the experiments was on recipients' mood, givers felt good, too. There's nothing wrong with that, Maddux noted: That mutual mood boost can encourage more kindness.

"When you think about your daily life," Kumar said, "there are lots of opportunities for kindness. Just try it. The impact will probably be larger than you think."

The Mayo Clinic has more on the art of kindness.