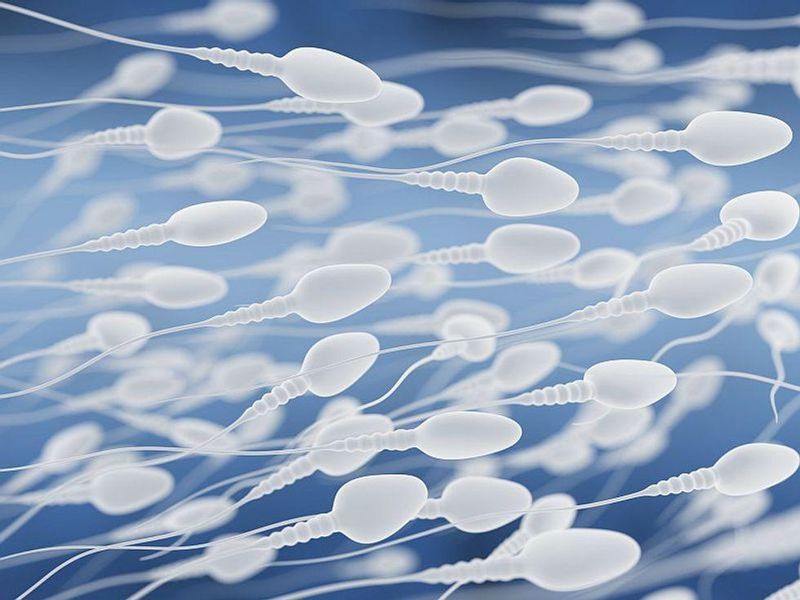 In a finding that offers hope to childhood cancer survivors who may want to have children after they beat their disease, research in rodents shows that testicular tissue frozen for more than 20 years can still produce viable sperm.

However, the tissue is less fertile than samples frozen for only a few months.

Childhood cancer survival rates have increased significantly in recent decades, but a serious side effect of treatments such as chemotherapy and radiation is reduced fertility later in life.

For boys, a potential method of preserving fertility would be to harvest, freeze and later re-implant testicular tissue, which contains stem cells that produce sperm (SSCs).

Previous research has shown that this approach can restore fertility in macaque monkeys, at least after short-term freezing of testicular tissue.

In this new study, researchers assessed how long-term freezing affects these stem cells. They thawed rat stem cells that had been frozen in their laboratory for more than 23 years, and implanted them in specially bred mice that lack an immune response that would reject the foreign tissue.

The team compared the ability of the long-frozen stem cells to produce viable sperm with stem cells frozen for a few months and freshly harvested stem cells. All of the SSCs came from a single rat colony maintained over several decades.

The long-frozen stem cells colonized the mouse testicles and produced all of the necessary cell types needed to create sperm, but not as well as the short-frozen or fresh stem cells, according to the study

The findings are published May 10 in the journal PLOS Biology.

The long-frozen stem cells had similar gene expression changes as the short-frozen and fresh stem cells, but made fewer elongating spermatids, which go on to form swimming sperm, the researchers explained.

"Our study showed that rat spermatogonial stem cells can be successfully frozen for over 20 years, transplanted into an infertile recipient animal and regenerate the ability to produce sperm, albeit at a reduced rate," said study author Eoin Whelan, from the University of Pennsylvania's School of Veterinary Medicine.

"This could provide a method to recover the loss of fertility in pre-pubertal boys treated for cancer," Whelan said in a journal news release.

It's noted that research from animal studies does not always produce the same results in humans.