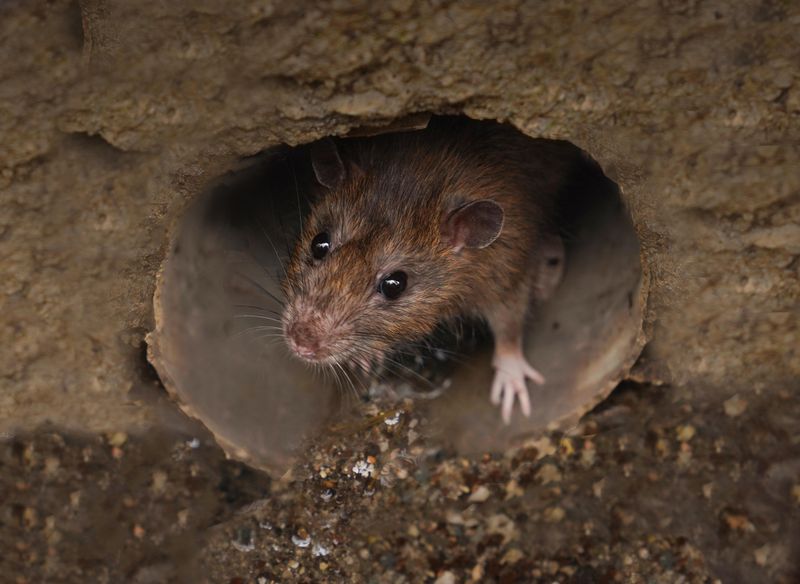 Despite what you may have heard, rats and other city wildlife aren't likely to trigger future pandemics in people, according to a new study.

The COVID-19 pandemic has scientists trying to determine where future outbreaks are most likely to start. It's long been suspected that critters in cities might act as reservoirs for viruses that could cause outbreaks in humans.

An international team of scientists decided to find out if that's true.

To start, the investigators examined studies on viruses and other pathogens hosted by nearly 3,000 species of mammals. They found that city-dwelling mammals can carry about 10 times more diseases than mammals outside of cities, but don't pose a greater threat to people.

"There are plenty of reasons to expect urban animals to host more diseases, ranging from their food to their immune systems to their close proximity to humans," said study leader Greg Albery, a postdoctoral fellow in biology at Georgetown University, in Washington, D.C.

"We found that urban species do indeed host more diseases than non-urban species, but the reasons for this appear to be largely associated with the way we study the ecology of disease. We've looked more at animals in our cities, so we've found more of their parasites — and we've started to hit diminishing returns," he explained in a university news release.

"Stunningly, although urban-adapted species have 10 times as many parasites, more than 100 times as many studies have been published on them. When you correct for this bias, they don't have more human pathogens than expected — meaning that our perception of their novel disease risk has been overinflated by our sampling process," Albery said.

The study was published May 2 in the journal Nature Ecology and Evolution.

While the study suggests that urban animals are not "hyper-reservoirs" of infectious disease, they still pose risks.

The findings likely mean "that urban animals aren't hiding as many important novel pathogens as we might think — those pathogens that might cause the next 'Disease X,'" Albery said.

"But they are still incredibly important carriers of many pathogens that we do know about. Rats, raccoons, and rabbits are still good at co-existing alongside us, and they still spread a lot of diseases to humans living in urban areas," he added.

Raccoons, for instance, can spread roundworm and a disease called leptospirosis, experts say.

What the study "really accentuates is that we need to design more evenly distributed, more equitable sampling regimes if we want to find novel pathogens of humans; sampling needs to be more focused in wild areas of the world, but also in urban areas in less well-studied places," according to Albery.

He explained this will not only help find the new ones, "but will improve surveillance of the old ones, and will ultimately help to address ages-old geographic biases in ecology."

The U.S. National Library of Medicine has more on animal diseases and your health.