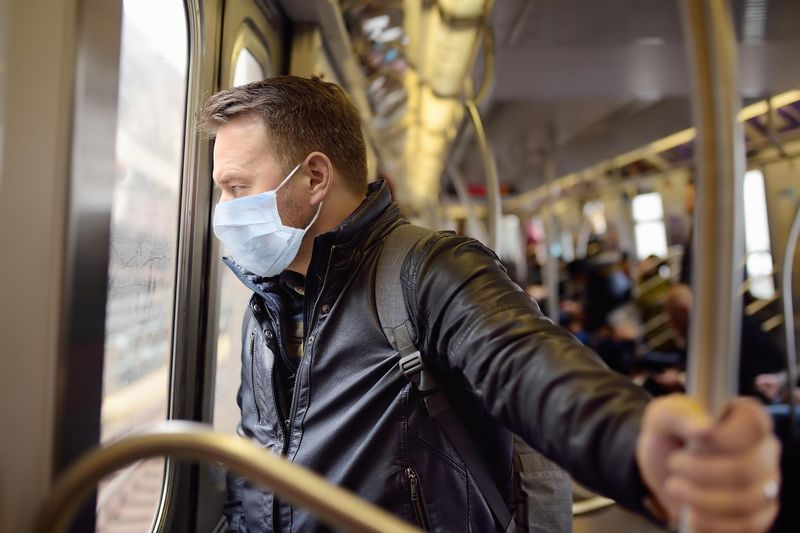 As the pandemic unfolded, nations adopted diverse methods to contain COVID-19. Some sought to eliminate the virus, targeting zero community transmission. Others tried to slow transmission through a mix of intermittent lockdowns, workplace, business and school closings, social distancing, the wearing of face masks, and the cancellation of public gatherings and public transport.

Efforts to slow transmission, rather than eliminate the virus, were associated with poorer mental health, according to two new studies published in The Lancet Public Health.

"At first sight, it may seem that eliminator countries implemented much harsher strategies than other countries because of their widely reported international travel bans," Lara Aknin, co-author of one of the studies, said in a journal news release.

"But, in reality, people within these borders enjoyed more freedom and less restrictive domestic containment measures overall than citizens in mitigator countries," added Aknin, of Simon Fraser University in Canada.

In this study, researchers compared 15 countries that either tried to eliminate or control the virus.

Eliminator countries implemented early and targeted actions such as strong international travel restrictions, testing and contact tracing. That led to lower rates of COVID-19 and enabled them to have looser domestic restrictions.

Other countries (mitigators) chose weaker international travel restrictions and aimed to control, rather than eliminate, the virus through strict and lengthy measures including physical distancing and lockdowns.

Based on their responses to COVID-19 from April 2020 to June 2021, countries were classified as either eliminators (Australia, Japan, Singapore and South Korea) or mitigators (Canada, Denmark, Finland, France, Germany, Italy, Netherlands, Norway, Spain, Sweden and the United Kingdom).

The mental health and life valuation of people in mitigator countries took a greater hit than those in eliminator countries, according to the study.

"Our research demonstrates that in addition to the intensity of the pandemic itself, the type of the pandemic response pursued makes a difference to people's mental health," said study co-author Rafael Goldszmidt, of the Getulio Vargas Foundation in Brazil.

"Mitigation strategies may be associated with worse mental health outcomes at least in part because containment measures such as long periods of lockdowns and physical distancing can impede social connections," Goldszmidt said in the release. "Nevertheless, as stricter policies are proven to be effective at reducing deaths, they may help offset the effects they have on psychological distress and life evaluations."

The other study looked at more than 20,000 people in Australia and found that lockdown had a significant, but relatively small, negative effect on mental health.

Women -- especially those ages 20-29 and those living in coupled households with dependent children -- had a greater decline in mental health during lockdowns than men of all ages, the researchers found.

"This gendered effect may be due to the additional workload associated with working from home while having to care for and educate their children at the same time, heightening already existing inequalities in household and caring responsibilities," said study co-author Mark Wooden, a professor at the University of Melbourne in Australia.

The findings from both studies suggest that measures to contain the pandemic must be accompanied by strategies and resources to safeguard people's mental health, according to the journal.

For more on mental health and COVID-19, see the World Health Organization.