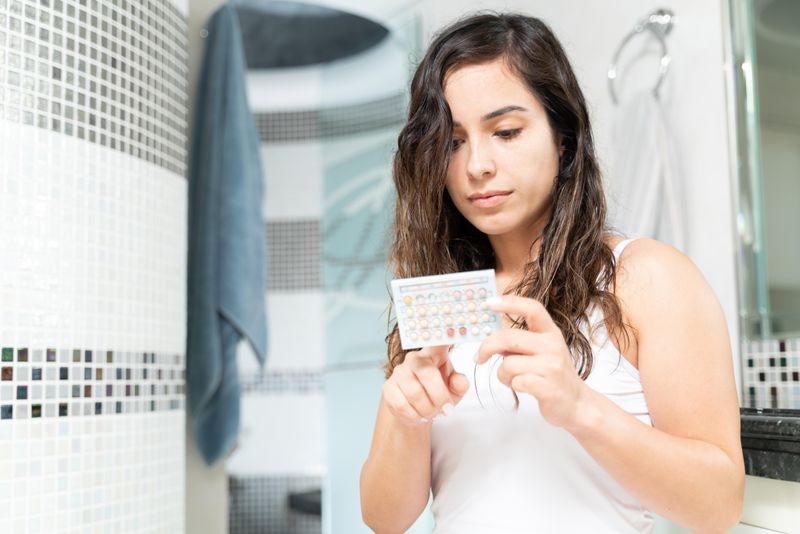 Imagine a birth control pill a woman can take before having sex that prevents pregnancy for the next three to five days.

This may become a reality, according to a small, new study.

The traditional birth control pill is taken daily, while emergency contraceptive pills are taken after sex to prevent pregnancy from occurring, but there isn't an ideal "on-demand" option to take at the time of sex -- yet.

"Many people still have unmet contraceptive needs," said study author Dr. Erica Cahill, an obstetrician-gynecologist at Stanford University. "This is especially true for people looking for a method that they only have to use when sexually active that is more effective and less intrusive than condoms, diaphragms, withdrawal or spermicide, the only available pericoital [used at the time of sex] or on-demand methods at this moment."

A women's luteal surge occurs just before ovulation, and this is the time when it is hardest to disrupt ovulation and easiest to become pregnant, Cahill explained.

For the study, nine women ages 18 to 35 were monitored through two menstrual cycles. During one cycle, they received a combined dose of 30 mg of ulipristal acetate and 30 mg of meloxicam around the time of their luteal surge to see if this method of on-demand birth control is feasible.

The researchers measured key hormones and reviewed ultrasound scans to identify the luteal surge and determine whether ovulation had occurred or been disrupted when women took the drug combo.

Ovulation was fully disrupted in six women, the study showed.

Treatment cycles were around three days longer when women took the combined regimen, which could be important for tracking fertility, too.

There is a need for on-demand contraception, Cahill said. "People are already using emergency contraceptive pills like pericoital contraception, without the studies showing efficacy or best practices," she said.

Many people are interested in methods that don't involve coming into the clinic for injections or implant placement and/or do not contain the hormone estrogen.

The new regimen would tick these important boxes, Cahill said. The next step is to evaluate this combination in a larger study of real-time use.

The findings appear in the April 25 issue of BMJ Sexual & Reproductive Health.

Dr. Mary Jane Minkin is a clinical professor of obstetrics, gynecology and reproductive sciences at Yale University School of Medicine.

"I think we are many, many years away from coming out with something like this for regular usage, and I would be concerned that women would use it regularly every time they have sex," said Minkin, who was not involved in the study.

The more contraceptive choices out there, the better, she said. "I regularly discuss morning-after contraception, and I always emphasize that although it is safe to use, I strongly encourage women to speak with their gynecologist or health care provider about a method that is in effect all the time so women don't have to think about contraception," Minkin noted.

There are many long-acting reversible contraceptives available today. "If someone doesn't want to use hormones, we have a copper IUD that is good for more than 10 years," she said. There's also a hormonal contraceptive ring that the woman inserts and removes on her own each month that's good for a year.

Also, "we have hormonally coated IUDs that last for five years and can make periods lighter and more comfortable," Minkin added.