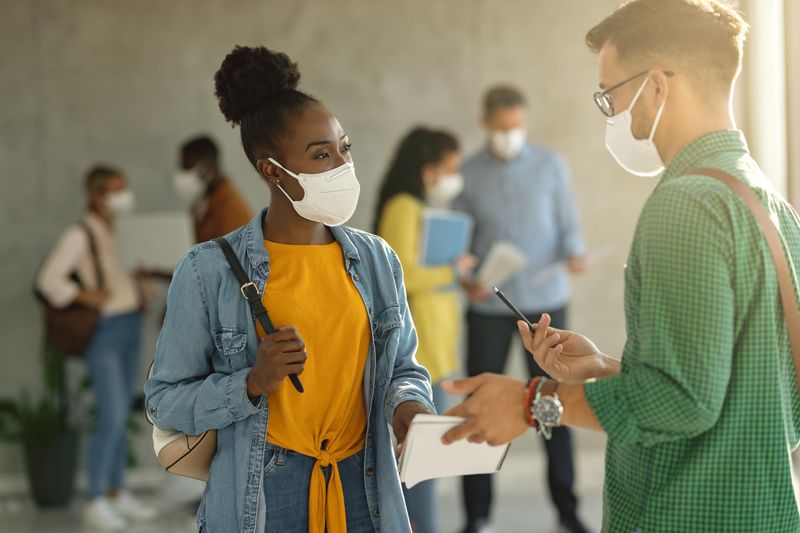 The indoor mask mandate that was reinstated in Philadelphia on Monday due to rising coronavirus cases has now been lifted because the situation is improving, the city's health department said Thursday.

The city's Board of Health voted during a Thursday night meeting to rescind the mandate, according to the Philadelphia health department, which released a statement that cited "decreasing hospitalizations and a leveling of case counts," the Associated Press reported.

The health department did not release data backing a reversal on masking, which became effective Friday morning. But acting health commissioner Dr. Cheryl Bettigole told the Board of Health at the meeting that hospitalizations had unexpectedly gone down 25% in a matter of days, the AP said.

"We're in a situation that we really had not anticipated being in this soon but it is good news," she said. "So I'm really very happy to say it appears that we no longer need to mandate masks in Philadelphia and that we can actually move to simply a strong recommendation [for indoor masking]."

Philadelphia had become the first major U.S. city to reinstate its indoor mask mandate, but officials faced fierce blowback from residents as well as a legal effort to get the mandate thrown out.

The resumption of the mandate was announced April 11 and was automatically triggered because the average daily number of newly reported cases rose by nearly 70% over a 10-day period, to more than 100 cases a day, according to The New York Times.

After the April 11 announcement, the number of COVID-19 hospitalizations nearly doubled, from 46 to 82. But Bettigole told the Board of Health Thursday night that hospitalizations had since dropped down to 65, the AP reported.

Visit the U.S. Centers for Disease Control and Prevention for more on COVID.