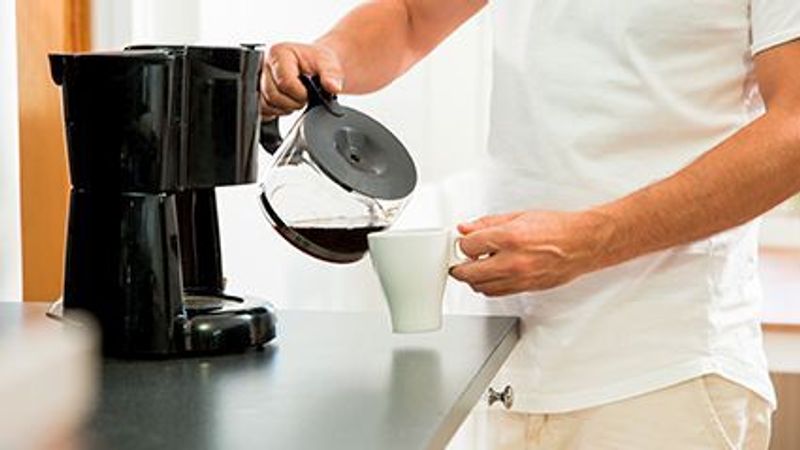 In yet another finding that highlights the health perks coffee can brew, new studies show that having two to three cups a day not only wakes you up, it's also good for your heart and may help you live longer.

In this largest ever analysis of nearly 383,000 men and women who were part of the UK Biobank, researchers discovered that, over 10 years, drinking two to three cups of coffee a day lowered the risk for heart disease, stroke, dangerous heart arrhythmias, dying from heart disease and dying from any cause by 10% to 15%.

An earlier analysis of the UK Biobank found that coffee drinking was associated with lower mortality, even among those drinking up to eight cups per day. This finding was seen in people who were fast and slow metabolizers of caffeine. These associations were consistent for ground, instant and decaffeinated coffee, said Fonarow, who had no part in the latest study.

"This new study reinforces these findings associated with two to three cups per day in terms of arrhythmias, cardiovascular disease mortality and all-cause mortality," he said.

Still, Fonarow said that because this is an observational study, it can't prove that coffee was responsible for these protective effects, only that there appears to be a connection.

"Overall, however, these results provide further evidence that coffee drinking appears safe and may be part of a healthy nutritional approach," Fonarow added.

Decaffeinated coffee didn't guard against arrhythmia but was linked to lower cardiovascular disease, with the exception of heart failure. That suggests caffeinated coffee is a bit better, the researchers noted.

Lead researcher Dr. Peter Kistler is head of arrhythmia research at the Alfred Hospital and Baker Heart Institute in Melbourne, Australia. He said, "Because coffee can quicken heart rate, some people worry that drinking it could trigger or worsen certain heart issues. This is where general medical advice to stop drinking coffee may come from."

But, Kistler added in a news release from the American College of Cardiology, the new data suggests that "daily coffee intake shouldn't be discouraged, but rather included as a part of a healthy diet for people with and without heart disease. We found coffee drinking had either a neutral effect — meaning that it did no harm — or was associated with benefits to heart health."

"There is a whole range of mechanisms through which coffee may reduce mortality and have these favorable effects on cardiovascular disease," Kistler said. "Coffee drinkers should feel reassured that they can continue to enjoy coffee even if they have heart disease. Coffee is the most common cognitive enhancer — it wakes you up, makes you mentally sharper and it's a very important component of many people's daily lives."

Dr. Laurence Epstein, system director of electrophysiology at Northwell Health in Manhasset, N.Y., said that while these findings show coffee may be beneficial, it may not help everyone.

"Every person is an individual," he said. "So despite the research, you always have to assess things on an individual basis."

For example, atrial fibrillation, which is the most common arrhythmia, can be triggered by coffee.

"Each individual needs to understand what their triggers are. Even though the study might say coffee is safe, if you're a person where coffee triggers a-fib, then the study really doesn't matter," he said.

Epstein added that it is unclear which component of coffee may be protective, and drinking coffee might be a marker of other behaviors that could reduce the risk of heart disease, stroke and death.

Also, people in the study reported how much coffee they drank from memory, which could be mistaken, he noted.

"I wouldn't say, based on this, if you're not a coffee drinker that you should run out and start drinking coffee to protect your heart. I don't think these data support that," Epstein said.

"If you are somebody who drinks two to three cups of coffee a day and hasn't had any issues with, let's say, atrial fibrillation being triggered by your coffee drinking, then maybe it would make you feel a little more comfortable with not feeling like you're doing something bad for your health and that you need to stop," he added.

But too much coffee isn't good, Epstein said.

"Caffeine is a stimulant, and so too much isn't healthy. Caffeine is also a diuretic, so people can get dehydrated and that can have a negative impact as well. My takeaway from this is what I tell all my patients all the time, the key is moderation — living healthily in moderation," he advised.

The studies are to be presented April 2 to 3 at the annual meeting of the American College of Cardiology in Washington, D.C. Findings presented at medical meetings should be considered preliminary until published in a peer-reviewed journal.

For more on heart health and coffee, head to the American Heart Association.