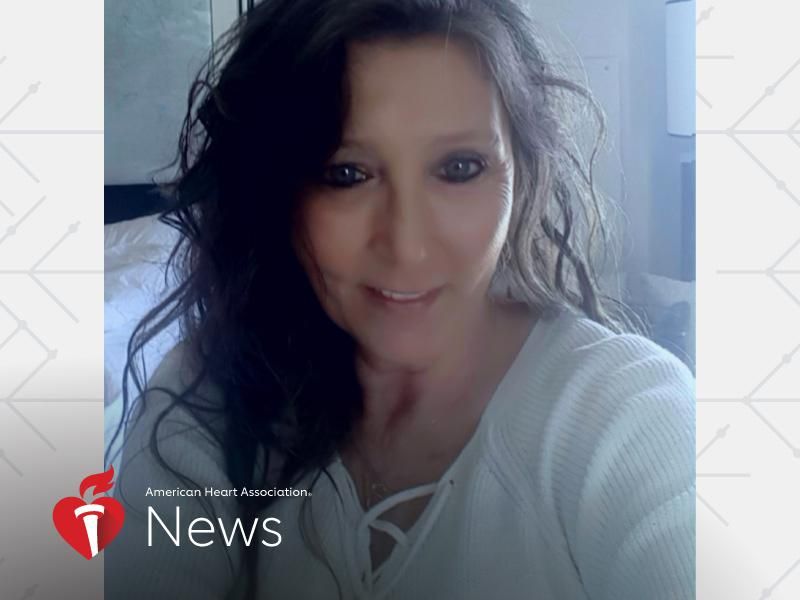 Childhood friends Glenda Jennings and Connie Hoffroggy were catching up. They lived in different cities and hadn't seen each other in a while.

Hoffroggy noticed Jennings was being snippy – and wondered if it could be because her friend had high blood pressure.

Jennings, who hadn't been diagnosed with high blood pressure before, admitted she had been uncharacteristically short with people lately. She remembered seeing a blood pressure kiosk at a local grocery store and went to check her numbers.

"I called my friend and told her I was going straight to the hospital," Jennings said.

Jennings, who lives just outside of Cincinnati in Loveland, Ohio, spent most of the day at the hospital. She was sent home with several medications and encouraged to visit a cardiologist.

Over the next few years, Jennings struggled to get her blood pressure under control, at times requiring hospitalization. Meanwhile, her cardiologist tried to uncover what was driving her health issues.

Testing offered confusing results. She would fail a stress test, pass the next one, then fail again.

Eventually, a genetic counselor solved part of the mystery: Jennings had two gene mutations that led to two blood disorders contributing to her heart issues. These were treatable. Yet even once under control, they couldn't fully explain what was happening.

Frustrated, Jennings got a second opinion.

More testing showed her heart was undersized – and its arteries were clogged. She underwent a quadruple bypass. During the surgery, doctors better understood how small her heart was. At age 57, it was the size of an adolescent's.

Only then did Jennings realize how her family history likely played a role in her health.

Her mom had frequent dizzy spells that she always blamed on low blood sugar, yet never verified that with doctors. She passed out at work, and doctors finally diagnosed her at age 53 with an undersized heart, a congenital heart defect. She died from complications of the condition at 55.

"I was positive I was living a healthy and active life, and I believed my lifestyle would protect me," Jennings said.

There were warning signs, though. During exercise, she often felt sharp chest pain. It went away quickly, so never mentioned it to her doctor.

"I thought it was a sign I needed to push harder," she said.

About a week after returning home from surgery, Jennings had a heart attack. Three months later, she had another. Both were triggered by collapsed bypasses due to complications from her undersized heart. This also led to discoveries of arteries that needed stents. While at the hospital for treatment for her second heart attack, Jennings went into cardiac arrest.

She has urged other family members to undergo genetic testing, but has encountered resistance. She continues to appeal to them, while holding out hope she was the only one to inherit the genetic mutations complicating her health.

"I try not to let it upset me," she said. "I can only encourage them to get checked."

Eight years since her first heart surgery, Jennings feels good. Her blood pressure is under control, and she follows a heart-healthy diet. She does yoga, meditates, and dances or hula hoops in her house and takes walks when the weather is nice.

She accompanied Jennings to many doctor's appointments and began taking more seriously the risks posed by her own family history. In February 2020, she ended up having a heart attack.

Since then, she's been trying to quit smoking.

"I have a goal to be 106 and working in my garden," Chaffin said. "And the only way I can do that is taking care of my heart."