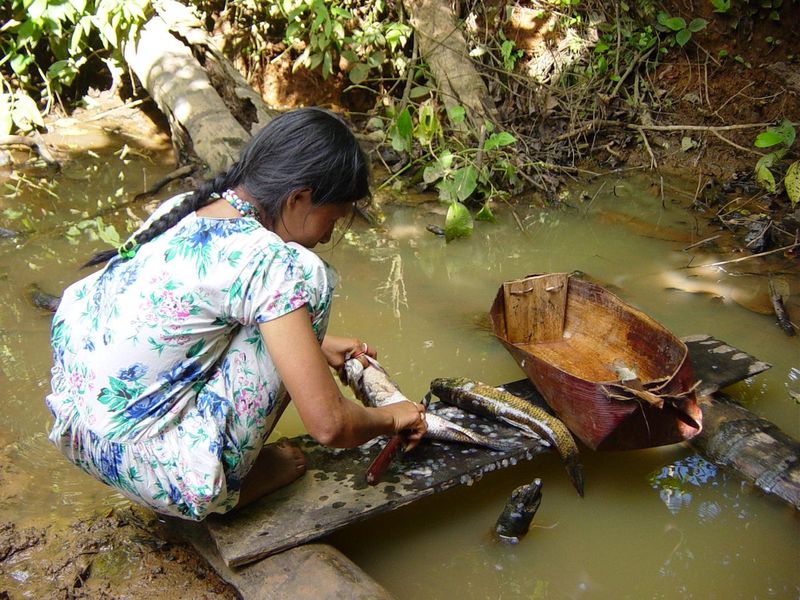 Two groups of indigenous people in the Bolivian Amazon have some of the world's lowest dementia rates, and that may offer insight on how to prevent Alzheimer's disease, a new study suggests.

Researchers found only about 1% of older Tsimane and Moseten people have dementia, compared with 11% of people 65 and older in the United States.

Among those 60 and older, there were only five cases of dementia among 435 Tsimane people and just one case among 169 Moseten people, according to the study.

“Something about the pre-industrial subsistence lifestyle appears to protect older Tsimane and Moseten from dementia,” study author Margaret Gatz, a professor of psychology, gerontology and preventive medicine at the University of Southern California, said in a school news release.

The 17,000 Tsimane people are physically active throughout their lives as they fish, hunt and farm with hand tools and gather food from the forest, the researchers explained.

The 3,000 Moseten people live in rural villages and have a subsistence agricultural lifestyle. They live closer to towns than the Tsimane and have schools, access to clean water and medical services, and are more likely to be literate.

About 8% of the Tsimane people and 10% of the Moseten people had mild cognitive impairment (MCI), which typically involves early stage memory loss or decline of other cognitive ability, such as language or spatial perception.

These rates are more comparable to MCI rates in wealthy nations like the United States, the researchers noted.

They also compared their findings to a previous review of 15 studies of indigenous populations in Australia, North America, Guam and Brazil that found dementia rates ranging from 0.5% to 20% among older adults.

High rates of dementia among some indigenous populations in other parts of the world may be due to more contact with and adoption of the lifestyles of non-indigenous people. This could raise the odds for dementia risk factors such as diabetes, high blood pressure, alcohol abuse, obesity and heart disease.

These risk factors are extremely low among the Tsimane and Moseten populations, according to the researchers.

Worldwide, the number of people with dementia is expected to triple, to more than 152 million by 2050.

“We're in a race for solutions to the growing prevalence of Alzheimer's disease and related dementias,” said study co-author Hillard Kaplan, a professor of health economics and anthropology at Chapman University in Orange, Calif. Kaplan has studied the Tsimane for two decades.

“Looking at these diverse populations augments and accelerates our understanding of these diseases and generates new insights," Kaplan said.

The study was published March 9 in Alzheimer's & Dementia: The Journal of the Alzheimer's Association.

For more on dementia, go to the U.S. National Institute on Aging.