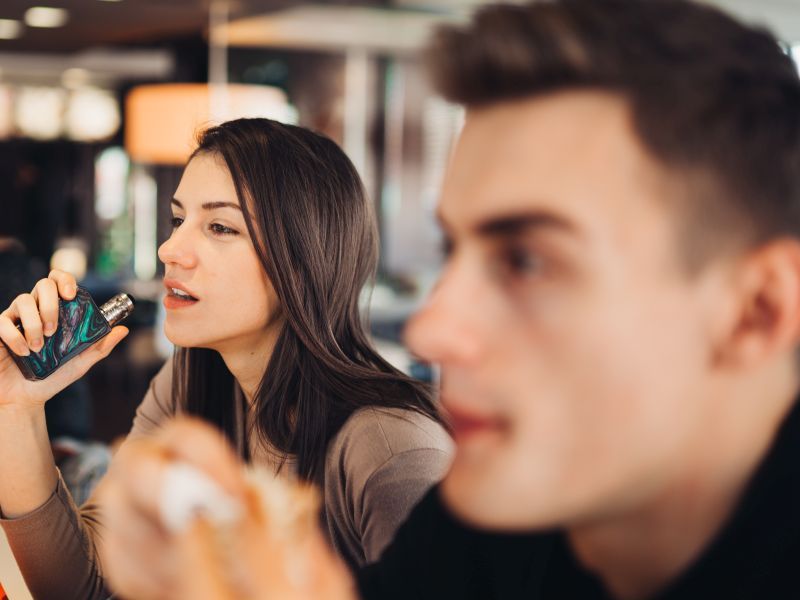 E-cigarette and hookah water pipe users may be at greater risk than tobacco cigarette smokers for cancers of the nose, sinuses and throat, according to a new study.

"Our findings suggest that the unique way vapers and hookah smokers use their devices may expose the nose and sinuses to far more emissions than cigarettes," said study lead author Emma Karey, a postdoctoral research fellow at NYU Langone Health in New York City.

These may in turn increase their risk for upper respiratory diseases, Karey explained in a medical center news release.

The researchers observed 123 vapers and 122 cigarettes smokers on the streets of New York City. They also monitored 96 people smoking inside two hookah bars.

They found that 63% of vapers and 50% of hookah smokers exhaled through their nose, compared with 22% of cigarette smokers.

More than 1 in 20 American adults are vapers. Past research has shown that both e-cigarettes and hookahs expose users' respiratory systems to higher levels of nicotine, carbon monoxide and other toxic chemicals than traditional cigarettes and cigars.

However, the long-term health effects of e-cigarettes and hookahs remain poorly understood.

"Because vaping and hookah devices are used differently than traditional cigarettes, we need to consider diseases of both the nose and lungs to evaluate their safety before judging whether one is more risky than another," said study co-author Terry Gordon, a professor of environmental medicine at NYU Langone.

Further research is needed to confirm whether this nasal damage in vapers and hookah users is actually due to how they expel smoke and not from unrelated issues, Gordon noted.

The study was published March 1 in the journal Tobacco Use Insights.

There's more on vaping at the U.S. National Institute on Drug Abuse.