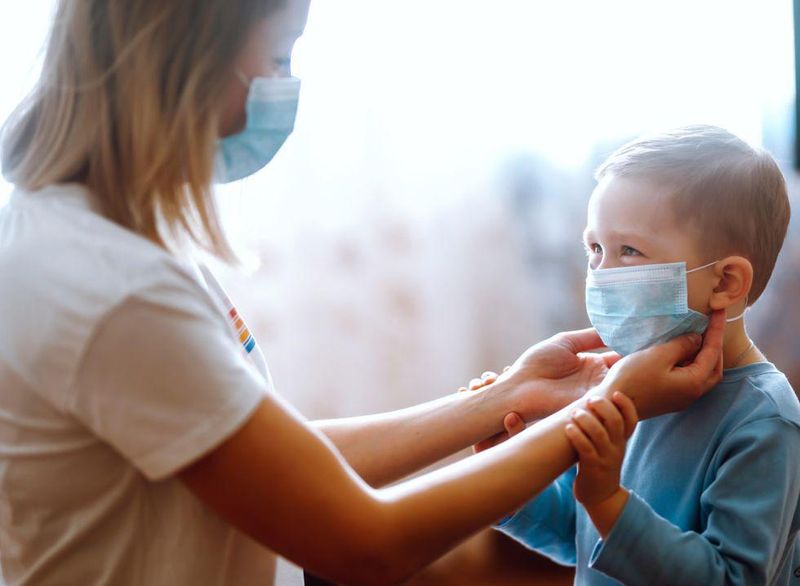 The U.S. Centers for Disease Control and Prevention could ease its indoor masking guidance as early as next week.

The agency is weighing a new benchmark for whether masks are needed, basing it on the level of severe disease and hospitalizations in a given community, two people familiar with the situation told NBC News.

The White House has been eager for the CDC to provide an update on its indoor mask recommendation, although it doesn't want to appear to be pressuring the agency, added the sources, who did not want to be named.

Neither the White House or the CDC responded to requests for comment, NBC News said.

The timing for easing mask guidance seems right: New cases of the Omicron variant have been dropping in every state except Maine, while hospitalizations are declining nationwide, an NBC News tally shows.

In response, New York and a number of other states led by Democratic governors have lifted their mask mandates for private businesses over the last few weeks and California is ending indoor mask requirements for vaccinated people on Wednesday. Several large companies, including Walmart and Amazon, have also eased mask rules for vaccinated employees.

Dr. Anthony Fauci said Tuesday that the CDC will continue to modify its recommendations as case counts drop.

States making changes to their mask rules is “entirely understandable,” Fauci told MSNBC. “At the local level, there is a strong feeling of need to get back to normality.”

Right now, the agency recommends universal indoor masking in areas with substantial or high transmission, which is determined by the number of cases per 100,000 and the test positivity rate. The vast majority of counties in the United States fall under those criteria, according to CDC data.

Walensky has previously said mask policies should be made at the local level, based on factors such as vaccination rates and hospitalization. Still, some states and local communities are shifting their strategies as more vaccines and new treatments have become available and the country moves toward a “new normal.”

Visit the U.S Centers for Disease Control and Prevention for more on masks.