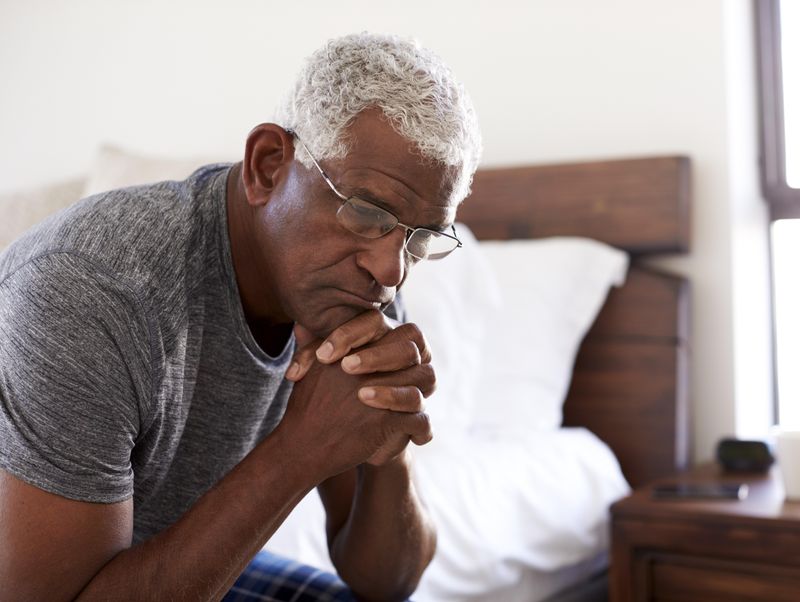 Imagine a closet filled with treasures accumulated during a lifetime of rich experiences. Now, imagine going into that closet to find one specific object.

Only maybe you get distracted by another, more enticing item from your past. Or you find the object you're seeking but it's intertwined with six similar items, and withdrawing the one will drag out the entire tangle.

Seniors struggle with memory not because they have trouble remembering things, but because their minds are too overloaded with a lifetime's worth of memories.

"There's this prevalent idea that older adults' memories are kind of impoverished, or they have weak memories that do not contain a lot of information," said Tarek Amer, a postdoctoral research fellow at Columbia and Harvard universities, and lead author of a new paper in Trends in Cognitive Sciences that explains this new theory.

"But based on a lot of evidence, we're actually arguing the opposite. Older adults store too much information, so in a sense they have a harder time focusing their attention on one piece of target information and exclude all sorts of other distractions," he added.

When anyone attempts to access a memory, their brain quickly sifts through everything stored in it to find the relevant information, Amer and his colleagues write.

Young people don't have as much prior knowledge tucked away in their brains, so it's easier for them to find the memory they're seeking without being distracted by irrelevant recollections.

But older people have to dig through a huge amount of prior knowledge when looking for a specific memory.

It's more difficult for older folks to suppress irrelevant reminiscences, and they often pull out a gob of other memories that are stuck to the one they sought, according to behavioral and brain imaging studies cited by the researchers.

While this has been presented as a weakness of the aging mind, Amer said that's mainly a function of the recall tests that are commonly used in psychology labs to measure memory.

Looked at in another way, this brain clutter actually gives older people an advantage over younger people when it comes to tasks involving creativity or wisdom, Amer said.

Because of the way memory tests are performed, there are plenty of studies supporting the idea that too much clutter in seniors' minds causes worse memory performance, he said.

"What still needs more work to provide more evidence for this theory is the other end, showing that these types of cluttered or enriched memory representations in older adults might be beneficial in tasks we encounter in daily life," Amer said.

For example, studies have shown that seniors outperform younger adults when asked to perform an "alternate uses task" — a psychological test in which they're handed a common object like a hammer and asked to come up with outside-the-box uses for it.

The new theory "makes sense to me," said Aaron Bonner-Jackson, a neuropsychologist with the Cleveland Clinic's Lou Ruvo Center for Brain Health.

"Older adult brains are casting a wider net on whatever they're trying to do, and that can have good and bad consequences," he said.

This helps explain why storytelling is so much fun for older folks, especially when it tends to ramble a bit, Bonner-Jackson said.

"They may be asked a question and then because they have so many associations, that might trigger an old memory or the name of a person or something they did in the past," he said. "Reminiscing can be very pleasurable for older people, because they can often make associations with more things."

It also shows what elderly people can bring to the table, in terms of using their life experience to come up with better solutions to some problems.

"Sometimes they bring in a lot more associations to whatever they're doing than a younger adult might make, and I think absolutely this could be a source of creativity and wisdom that would give them an advantage," Bonner-Jackson said.

The Mayo Clinic has some tips to improve your memory as you age.