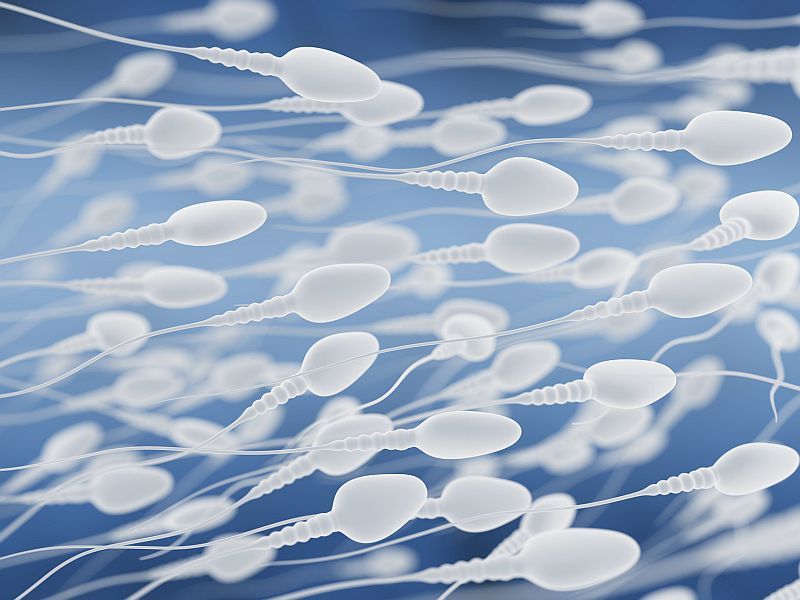 No contraceptive is perfect, and scientists continue searching for safer, more effective methods.

Now, researchers have found a way to trap sperm in semen's natural gel state, and they believe their findings could point the way to a new type of birth control.

Normally, semen liquefies after ejaculation, which enables sperm to swim through a woman's reproductive system to fertilize an egg.

The researchers discovered that blocking a protein called prostate-specific antigen (PSA) in semen causes it to remain in its thick gel form, trapping the majority of sperm.

This suggests it may be possible to develop a new type of non-hormonal, over-the-counter birth control for women, according to the study authors.

"Our goal is to develop this into an easily accessible female contraceptive that would be available on demand, meaning women could go buy it off the shelf," said study co-author Joy Winuthayanon, an associate professor and director of the Center for Reproductive Biology at Washington State University.

"It could be used in combination with a condom to lower the failure rate significantly," Winuthayanon said in a university news release.

Current spermicides can lower the natural vaginal barrier against sexually transmitted diseases like HIV, but targeting the liquefaction process of semen could avoid that type of problem, the study authors said.

"It is a bit of a long process because we don't want off-target effects," Winuthayanon said. "If we are going to develop this into the contraceptive product, it may be something that women would use often, so we want something that is safe and has no unintended effects."

Current non-prescription birth control methods such as condoms and spermicides have an average failure rate of 13% to 21%, according to the researchers.

Hormonal-based contraceptives such as IUDs and birth control pills have lower failure rates, but they can have side effects and are not always easily available or affordable, they noted.

These issues may help explain why recent research shows that the worldwide unintended pregnancy rate is 48%, the study authors pointed out.

The findings were published Jan. 29 in the journal Biology of Reproduction.

For more on birth control, see the U.S. Office on Women's Health.