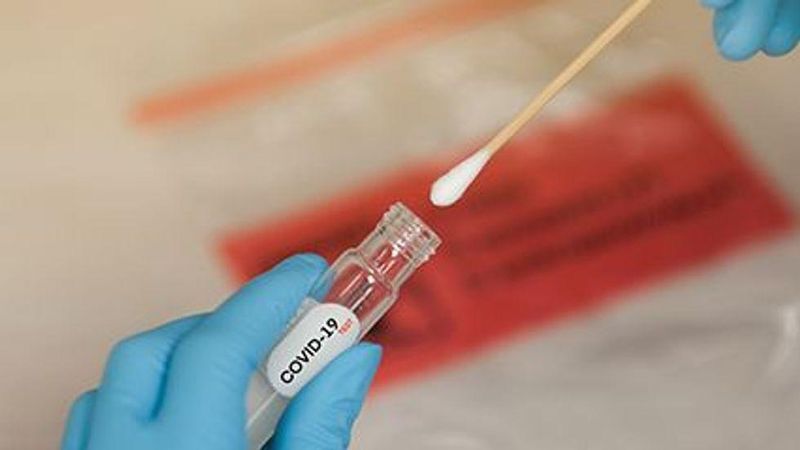 So far, roughly 60 million American households have ordered the free tests, according to the White House. But many folks still have a lot of basic questions about them, said Krist Azizian, chief pharmacy officer for Keck Medicine of the University of Southern California.

These rapid at-home tests are called antigen tests, he said.

"Antigen tests detect a high volume of viral load, and the results are generally available within 15 minutes," Azizian said in a university news release.

However, you shouldn't test yourself immediately after you think you've been exposed to COVID, Azizian said.

"COVID-19 has an incubation period of five to seven days, so you should get tested at least five days after exposure or upon the onset of symptoms," he said.

"The biggest testing mistake I see is people taking tests too soon before the viral load can be detected," Azizian continued. "Testing too soon can waste at-home tests, cause people to needlessly spend money on lab tests and give them a false sense of assurance should they test negative."

If you're self-testing, a positive result from an antigen test means you've probably got COVID, while a negative result means you either don't have COVID or you don't have enough virus in your nose for the test to detect.

Your doctor's office also can perform an antigen test on you, but they are "not necessarily" more accurate than a test you'd perform on yourself at home, Azizian said.

"Antigen tests conducted at a clinic or lab are very likely comparable to tests purchased over the counter," Azizian said. "The only reason lab testing may be more accurate is because some people may use the at-home tests incorrectly or may misinterpret the results."

Doctors can offer another type of COVID test called the PCR test. This is the "gold standard" for accuracy but does not return rapid results and is not available for home use.

PCR tests look for the specific genetic material of COVID, so they can detect lower levels of virus than an antigen test and are less likely to produce inaccurate results, Azizian said. A lab must run the test, and it can take anywhere from a few hours to several days to get the results.

How can you get your free at-home tests?

You can order your four free rapid antigen tests from COVIDtests.gov, Azizian said.

"If your household requires more than four tests, you may be eligible to be fully reimbursed for tests you purchase or get them free of charge through an insurance reimbursement program launched Jan. 15," Azizian said. "You can contact your health insurance provider for further information."

When buying a test yourself, look for one that's authorized by the U.S. Food and Drug Administration, Azizian said.

Families running short on tests should know they can't be reused, he added.

"These tests are for single application only," Azizian said. "People are taking a tremendous risk of exposing others by using one swab for multiple family members. If one has COVID-19 and the others don't, sharing a swab almost guarantees everyone will get it."

Which test is right for you?

Rapid antigen tests are a good option for people who have developed symptoms of COVID, Azizian said.

"In general, viral load correlates to symptoms. If you are asymptomatic, your viral load may be too low to be detected by an antigen test," Azizian said.

If you don't have symptoms but you're worried you have COVID, you should talk with your doctor about getting a PCR test. PCR tests also can be used as a follow-up to an antigen test, to make sure you really do have COVID, Azizian added.

"If you test negative on an antigen test, for greater reassurance, follow up with another antigen test at least 24 hours later or a PCR test," Azizian said.

"While antigen tests are fairly accurate in detecting positive results, if you test positive on an antigen test, it's best to follow up with a PCR test," he advised. "However, you should quarantine upon receiving a positive result from any test."

The U.S. Food and Drug Administration has a list of approved at-home COVID tests.