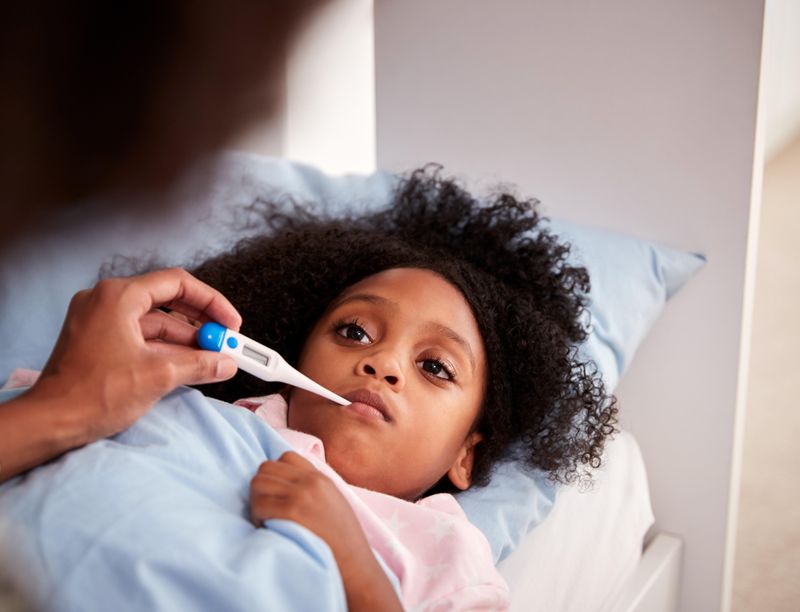 It's frightening to see your child have a fever-related (febrile) seizure, but researchers are learning more about who's more susceptible.

Febrile seizures are defined as seizures in children younger than age 5 who have a fever above 101.3 F (38.5 C). They affect up to 5% of children, making them the most common form of abnormal brain activity in childhood.

While the seizures typically occur only once or a few times, about 7% of children with febrile seizures later develop epilepsy.

The study results "are important in our attempt to explain why some children experience febrile convulsions, while others do not. Some children are particularly susceptible to fever – and we have now shown that this susceptibility is associated with the genes that the children are born with," study co-author Julie Werenberg Dreier said in a news release from Aarhus University, Denmark. She's a senior researcher there.

The study found that children with more febrile seizure-related genes are younger at the time of their first seizure, and more likely to be hospitalized with febrile convulsions than children with fewer of these genes.

"This suggests that the overall risk of suffering febrile convulsions is determined by several different genes, each of which carries a small risk, but when these genes appear together in the same child, this will result in a higher risk of febrile convulsions," said researcher Jakob Christensen, a clinical associate professor at Aarhus University.

The researchers also found a link between febrile convulsions and epilepsy.

These genes play a role in mechanisms that influence how children react to fever and how brain cells work, according to the study authors. The findings were published recently in the journal Brain.

Unlike previous research, this study didn't find an association between genes associated with mental disorders and genes connected with an increased risk of febrile seizures.

There's more on febrile seizures at the U.S. National Institute of Neurological Disorders and Stroke.