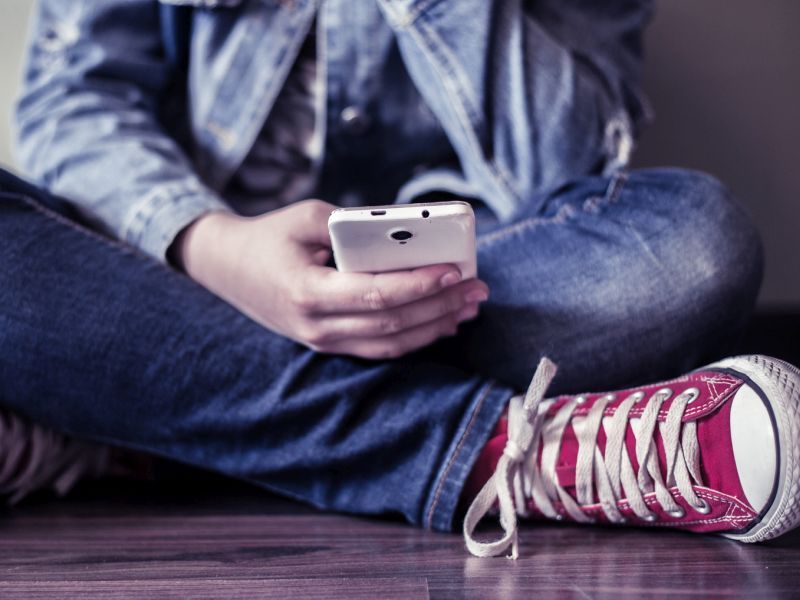 Is your teen staring at their smartphone all day? There's many things parents can do to protect kids from the potentially negative effects of social media, experts say.

While there are positive aspects to social media, there's evidence it can pose risks to teens' mental health due to issues such as bullying, body image concerns and other social pressures.

"The reality is that social media is part of the world we live in, and it's not going away," said Mari Radzik, a clinical psychologist in the division of adolescent and young adult medicine at Children's Hospital Los Angeles.

"We can't just take away our kids' phones or computers. It's about figuring out how we can guide them on using and navigating these tools," Radzik said in a hospital news release.

Some signs of social media-related problems in teens include changes in mood, eating and sleep habits, as well as isolating in their room. In such cases, parents might want to begin a discussion about their teen's social media use by using "I" instead of "you" statements, Radzik suggested.

Instead of saying, "You're on Instagram way too much and that's bad for you," try, "I noticed this and I'm really worried. Can we talk about it?" If your teen doesn't want to talk at that moment, let them know you'll be there when they feel ready.

"Berating will make a young person shut down," Radzik said. "Or sometimes parents will dig through their child's social media accounts and that can feel invasive. The approach has to come from a place of caring and concern, rather than something punitive or accusatory."

Parents should check in frequently and pay attention to their teens' media use, said Sarah Voyer, lead social worker in the division of psychiatry at Children's Hospital Los Angeles.

Parents may want to ask their teens how they use social media -- do they share updates with their friends, follow certain celebrities or influencers, or are they seeking some kind of advice or help -- and how they feel when they use it, Voyer said.

If you're certain that social media is affecting your teen's mental health, suggest they take a break or even delete their account.

"There are some kids who can break the cycle, and sometimes it takes the parent to help with that," Radzik said.

Before a child begins to use social media, parents should set parameters, according to Radzik.

"It can be problematic when children are given regular access to cellphones at an early age," she said. "I understand the need to use it at times, especially age-appropriate material. But as parents we need to encourage a curiosity of the world around them and use creativity tools rather than rely on social media all the time."

For more on children and media, see the American Academy of Pediatrics.