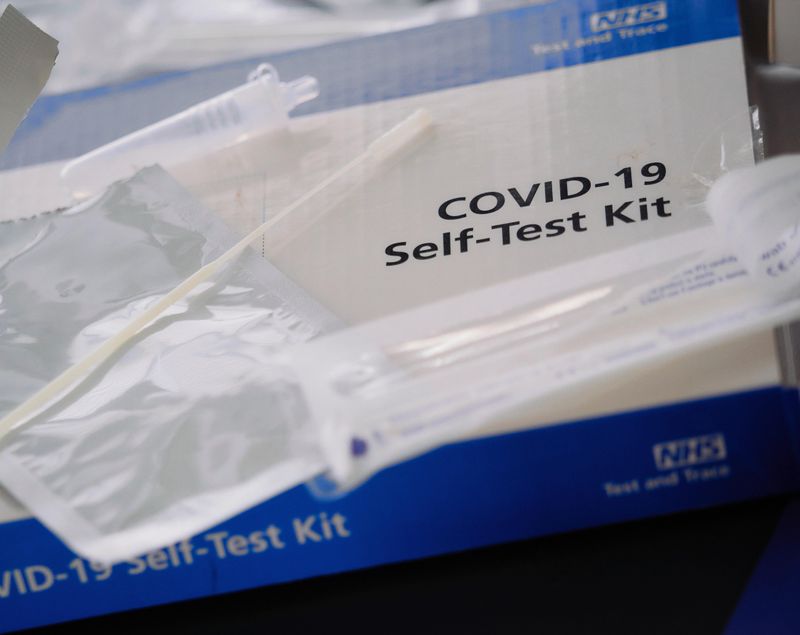 The final touches are being put on the White House's plan to deliver 500 million free coronavirus rapid at-home test kits to households across America.

The administration will launch a website where people can request the rapid tests, said four people familiar with the plan who spoke on the condition of anonymity, the Washington Post reported. With the help of the U.S. Postal Service (USPS), officials hope to start sending out testing kits by mid-January.

Test makers and distributors seeking to provide a share of the 500 million tests have already submitted proposals to the government, and the first contract was awarded Thursday evening, said a person with knowledge of the plan. A formal announcement on the specifics of the plan could come next week, the Post reported.

Meanwhile, the USPS is negotiating with its four labor unions to extend the seasonal workforce — the roughly 40,000 people brought in each year to help the agency work through a glut of holiday packages and mail, the Post reported.

In recent weeks, demand for the tests has soared past supply as millions of Americans traveled during the holiday season while the highly contagious Omicron variant raged. Across the country, Americans stood in long lines at pharmacies, community centers and local government buildings, desperate for tests that would tell them whether they could visit loved ones over the holidays.

White House coronavirus response coordinator Jeffrey Zients told reporters Wednesday that manufacturers would begin delivering tests to the federal government “over the next week or so.” He added those kits would “not disrupt or in any way cannibalize the tests that are on pharmacy shelves and on websites and used in other settings,” the Post reported.

Since the Omicron variant first surfaced in South Africa in November, the wily variant has spread across America at a breakneck pace and now accounts for 95% of all U.S. COVID cases, the latest data from the U.S. Centers for Disease Control and Prevention shows.

The USPS almost played a part in a similar partnership with the Trump administration back at the beginning of the pandemic. The idea was to ship 650 million reusable cloth masks to every U.S. household as early as April 2020, but former President Donald Trump nixed the plan over a running feud with USPS leadership and a concern that sending the masks “might create concern or panic,” a Trump administration official told the Post.

Visit the U.S. Food and Drug Administration for more on COVID tests.