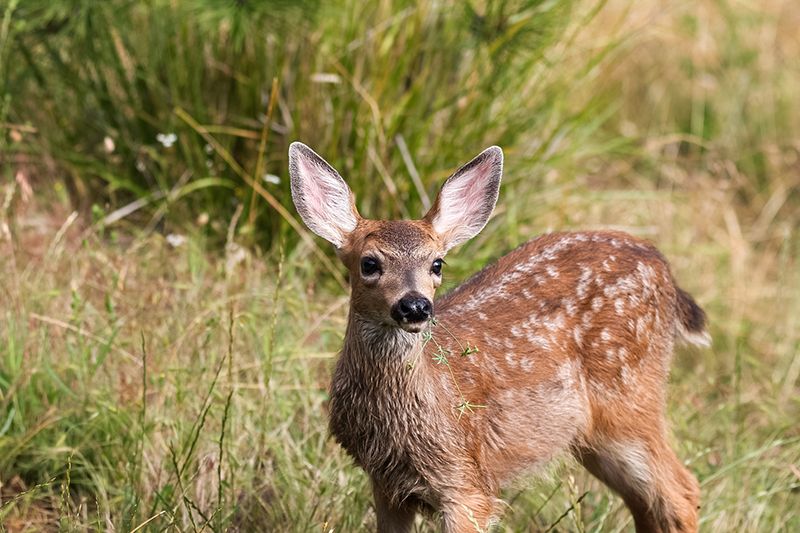 In a sign that white-tailed deer are becoming a reservoir for the new coronavirus, researchers report that COVID-19 variants are spreading among the wild animals.

How they became infected and if these variants can infect humans isn't known, experts say.

"Animal reservoirs of zoonotic viruses pose obstacles to infectious disease control and open doors to allow the reintroduction of novel viral diversity back into humans," explained senior researcher Dr. Andrew Bowman. He is an associate professor in the department of veterinary preventive medicine at Ohio State University in Columbus.

"Human-to-animal spillover of SARS-CoV-2 virus has occurred in a wide range of animals, but thus far, the establishment of a new natural animal reservoir has not been detected," Bowman said.

The scientific community has been alarmed by the prospect of white-tailed deer becoming new hosts for COVID-19 ever since the U.S. Department of Agriculture found COVID-19 antibodies in white-tailed deer in Illinois, Michigan, New York and Pennsylvania in July 2021, he noted.

For their study, Bowman's team used genetic testing to confirm that COVID-19 had infected deer in Ohio. They found that more than 35% of the deer tested had the virus and carried at least three COVID variants.

Analysis also revealed that the animals caught COVID-19 from humans.

"The SARS-CoV-2 viruses, dominant in Ohio, spilled over independently into deer populations from humans in six separate locations," Bowman said.

Deer-to-deer transmission in three locations suggests that free-ranging white-tailed deer have the potential to become the first known non-human reservoir for COVID-19, he added.

"These findings fundamentally change our assumptions about SARS-CoV-2 persistence in the environment, and transmission between animals and humans," Bowman said. "The establishment of a natural reservoir of SARS-CoV-2 in white-tailed deer could facilitate future spill-back to humans, which would further complicate long-term COVID-19 control strategies."

The report was published online Dec. 23 in the journal Nature.

Dr. Tony Goldberg, chair of the department of pathobiological sciences at the University of Wisconsin's School of Veterinary Medicine, said that no one knows yet exactly how deer became infected with COVID-19.

"It's unlikely that deer attended a packed concert with a bunch of infected humans," he said. "People are speculating that it could be environmental. For example, perhaps deer picked it up by sniffing a spot where an infected person sneezed or by drinking untreated water. It's not known how long the virus can persist in the environment when that environment is a forest."

Whether the deer can actually infect humans is also not known. "We do know that deer are spreading it to other deer, however, so they can transmit it," Goldberg said. "Whether that happens from deer to people is a big question."

People should be "reasonably cautious," Goldberg said. "Until we do more research, it's probably best to adopt the precautionary principle and assume that deer can transmit the virus to humans, even if it winds up that they can't in the end," he said.

Another expert, Dr. Angela Bosco-Lauth, an associate professor in the department of biomedical sciences at the University of Colorado's School of Veterinary Medicine, quipped, "I don't think people should be worried about catching COVID from deer — we're doing a great job at passing it along to each other, and I doubt that will stop anytime soon."

For more on COVID-19 and animals, head to the U.S. Centers for Disease Control and Prevention.