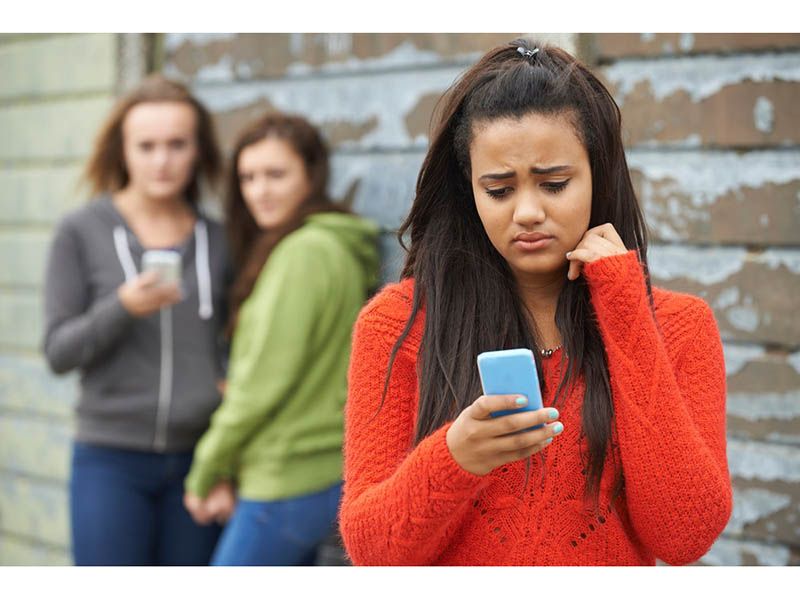 According to new research, a social media diss can leave people feeling genuinely hurt and ostracized.

"Social media ostracism means being excluded or ignored online on social media networks like Instagram, Facebook or Twitter," explained lead study author Christiane Büttner. She's a PhD candidate in the department of social psychology at the University of Basel in Switzerland.

For the study Büttner and a colleague focused on the Instagram platform, conducting a series of experiments that collectively involved just over 1,100 social media users.

Specifically, said Büttner, "we explored if not being tagged on a posted picture leads to feelings of exclusion."

One study asked 176 people for their reactions to finding that they had not been tagged in a friend's Instagram posts, or had been cut out of a photo or simply not included in posted photos.

Some respondents said that, depending on the context, that sort of thing could leave them feeling excluded, hurt and worthless.

Respondents said they were dissatisfied when not tagged, and even more so when they were cut out completely.

A third experiment asked just under 300 Instagram users to share their feelings about both an in-person and online social scenario. In the end, when someone was "excluded" from acknowledgement by the group they felt less satisfied than when they were included, whether in-person or online.

A fourth query asked 220 participants to discuss how they would feel if after participating in a group art project that would later be posted online they were not tagged online in the final accompanying text. And again, being excluded gave rise to notable dissatisfaction.

The upshot, said Büttner, is that "we find that not being tagged threatens fundamental psychological needs, such as the need to belong, and is experienced as very hurtful."

All of this means that when people hop online they should understand that the way they engage with one another can have real-world consequences.

"Social media users may be well-advised to think carefully how they can make their posts inclusive to avoid hurting the feelings and needs of others," Büttner cautioned.

As a practical matter, she advised that "within peer groups, it may help to establish and agree on a norm of who would like to be tagged in which posts."

Beyond that, Büttner suggested that tweaks to social media design itself could at least in theory minimize the risk for unintended insults.

"For example, social media apps could implement mechanisms that prevent users from forgetting to tag their friends, such as reminding them to tag anyone that wants to be tagged before uploading," said Büttner. "This may put a stop to unintentional incidents of tagging ostracism."

The findings were published online recently in the journal Computers in Human Behavior.

Melissa Hunt, associate director of clinical training in the department of psychology at the University of Pennsylvania in Philadelphia, said the findings highlight the emotional power of social media.

"For young people who are engaged with social media, this kind of social media ostracism is in fact quite painful and comparable to in-person ostracism," she noted.

"My guess is that Instagram is particularly pernicious in this regard, since it focuses so much on appearance, lifestyle and social inclusion/acceptability," Hunt added.

Unfortunately, "it is probably impossible to avoid the effects of social exclusion and ostracism. That's true online and in the real world," she said.

"So the best way to protect oneself emotionally is twofold," Hunt said. "First, only interact with and follow online people you are actually good friends with in real life. Second, don't jump to conclusions about things. Maybe the person just doesn't generally tag people. Maybe they were trying to highlight themselves in the photo. Maybe they thought it wasn't the best picture of you and they were trying to protect you by cropping it. Maybe they were drunk and tired and passed out before they got to everyone."

And if you do feel ostracized, Hunt suggested, "always follow up with a conversation in real life with the person to try to get clarity about what was going on."

There's more on the emotional and mental health impact of social media at McLean Hospital.