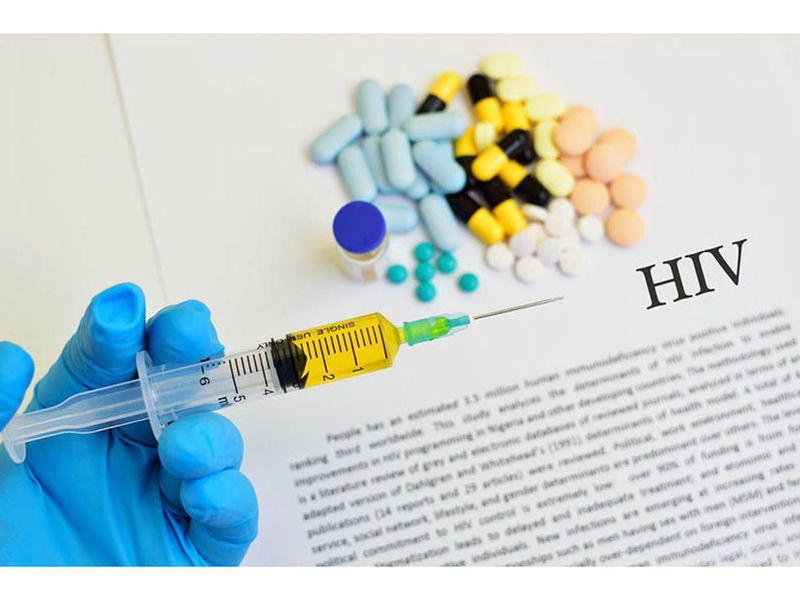 The first injection drug to prevent HIV infection was approved by the U.S. Food and Drug Administration on Monday.

“Today's approval adds an important tool in the effort to end the HIV epidemic by providing the first option to prevent HIV that does not involve taking a daily pill,” Dr. Debra Birnkrant, director of the Division of Antivirals in the FDA's Center for Drug Evaluation and Research, said in an agency news release.

Apretude (cabotegravir), made by ViiV Healthcare, was approved for use in at-risk adults and adolescents weighing at least 77 pounds, to reduce their risk of HIV. It's first given as two injections one month apart, and then one shot is given every two months after that.

"This is groundbreaking. This is game-changing. This is revolutionary," said Dr. David Rosenthal, medical director of the Center for Young Adult, Adolescent and Pediatric HIV at Northwell Health, in Great Neck, N.Y. "Being able to provide patients with HIV prevention through two injections every two months opens up a whole realm of possibilities."

In a company news release announcing the approval, Viiv CEO said Deborah Waterhouse said, “People who are vulnerable to acquiring HIV, especially those in Black and Latinx communities who are disproportionately impacted in the U.S., may want options beyond daily oral pills.With Apretude, people can reduce the risk of acquiring HIV with as few as six injections a year.”

Until now, two types of daily pills (Truvada and Descovy) were the only options for what's called pre-exposure prophylaxis (PrEP), but adhering to these daily medications to prevent HIV can be difficult, the FDA noted.

Rosenthal agreed. "We know that only 25% of those who would benefit from HIV prevention with Pre-exposure prophalaxis [PrEP] are currently taking it," he noted. "Often this is because patients don't want to take medications daily. We're still seeing cases of HIV in the 25-39 year ago group increase, and PrEP is one of the remarkable tools we have to help keep people safe and to let them take control of their sexual lives."

The FDA's approval of Apretude is based on two clinical trials comparing the injection drug to Truvada. The first trial included HIV-free men and transgender women who have sex with men and have high-risk behavior for HIV infection, while the second trial involved HIV-free women at risk of HIV infection.

Participants who took Apretude were more likely than those who took Truvada to have side effects such as injection site reactions, headache, fever, fatigue, back pain, muscle pain and rash.

Patients who wish to take Apretude can first take cabotegravir as a pill for four weeks to assess how well they tolerate the drug, the FDA said.

Apretude carries a boxed warning to not use the drug unless a negative HIV test is confirmed.

“This injection, given every two months, will be critical to addressing the HIV epidemic in the U.S., including helping high-risk individuals and certain groups where adherence to daily medication has been a major challenge or not a realistic option,” Birnkrant said.

Price could be an issue for uptake of Apretude, however.

In July, the U.S. Center for Medicare and Medicaid Services announced that almost all insurers must cover the two approved forms of PrEP pills, Truvada and Descovy, as well as the lab tests and clinic visits required to maintain such prescriptions. As it stands, insurers will not be required to cover all costs for Apretude, which has a list price of $3,700 per dose, NBC News reported.

Visit the U.S. Centers for Disease Control and Prevention for more on HIV/AIDS.