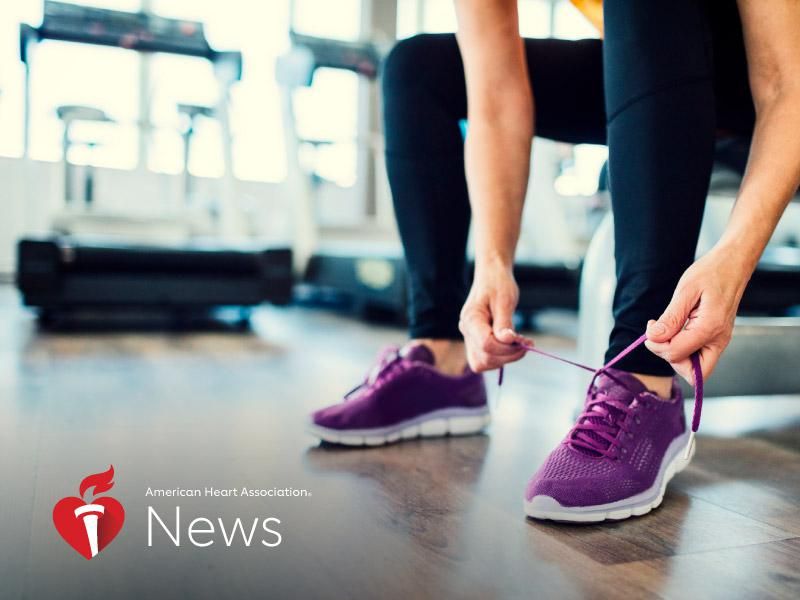 And just like that, heart health and exercise became the talk of the town.

By now it's not a spoiler to say that in the latest "Sex and the City" revival, the character known as Mr. Big, played by 67-year-old actor Chris Noth, has an apparent heart attack after a session on his exercise bike. He expires on the bathroom floor in the arms of a sobbing Carrie, played by Sarah Jessica Parker.

It was a fictional death that had people asking real questions. But fans who were nervously eyeing their favorite workout shoes after watching "And Just Like That" shouldn't worry, said Dr. Elizabeth Dineen, an assistant professor of cardiology at the University of California Irvine.

"I would hate for this to scare people to continue to stay sedentary," she said. "We just want to exercise safely, of course."

The risk of having a fatal heart event during exercise is quite low, she said. "And it's usually lower for people who do regular exercise compared to those who are regularly sedentary."

An expert analysis on the benefits of exercise, published in 2020 in the American Heart Association journal Circulation, said the most common cause of sudden cardiac death related to exercise in middle-aged and older adults is the presence of atherosclerosis, or plaque buildup in the arteries. Overall, sudden cardiac death during exercise happens rarely – between 0.31 and 2.1 times per 100,000 people per year. Men unaccustomed to exercise are most at risk. Regular exercisers and women have "substantially" lower risks.

The same analysis noted that life expectancy at age 50 is seven to eight years greater in the most physically active people.

Mr. Big had a history of heart problems. But exercise is part of cardiac rehabilitation programs for people who have had heart attacks, bypass surgery, valve surgery or certain types of heart failure, Dineen said. "That's usually starting at a low intensity, a couple of days a week, and then working their way up."

Dineen cautioned, though, that problems can arise when people attempt to go suddenly from "couch potato to 5K."

Dr. Brandee Waite, director of sports medicine at UC Davis Health in Sacramento, California, said getting clearance from a doctor before starting a new exercise routine is important. That's especially true for people who have underlying cardiac issues, asthma or diabetes, according to the American College of Sports Medicine.

General health and the person's fitness level are important concerns, Waite said. Age is less so.

"I have some fit 65-year-old patients than can run circles around many 20-year-olds," she said. "If someone has high blood pressure, diabetes, other heart conditions, or other moderate to severe bone or organ issues, they should check with their physician first to make sure the exercise they are planning is safe for them."

People who have had a physical exam in the past year or so and know they don't have any medical issues can start a light to moderate exercise program without needing a doctor's clearance, Waite said.

So if you plan to embark on a New Year's fitness resolution, pace yourself. "Any chest pain or abnormal shortness of breath – more than you think is normal or more than you normally experience for the same level of exertion – is an indication to slow down or stop," she said.

If the unlikely does happen, bystanders should be ready to act. Carrie's desperate confusion during Big's dying moments was touching but hardly a textbook response to someone showing symptoms of a heart attack.

"Call 911," Dineen said, and wait for an ambulance. "You should not drive that person to the hospital." If the person is unconscious, start CPR.

People with a history of heart problems should know where to find an automated external defibrillator, or AED, she said. In some cases, they might want to purchase one to keep at home or take with them during workouts.

Speaking of preventive measures – Big was portrayed as a man dedicated to his bike, but also to his weekly cigar. In real life, smoking has been linked to inflammation of the arteries, increases in plaque and other problems.

But exercise absolutely can be safe and enjoyable, Dineen said.

"The bottom line is that people should be engaging in exercise unless your physician has said, 'No exercise,'" she said. And such restrictions are usually temporary. "I think the average person should have an exercise program, and they should not have to worry."