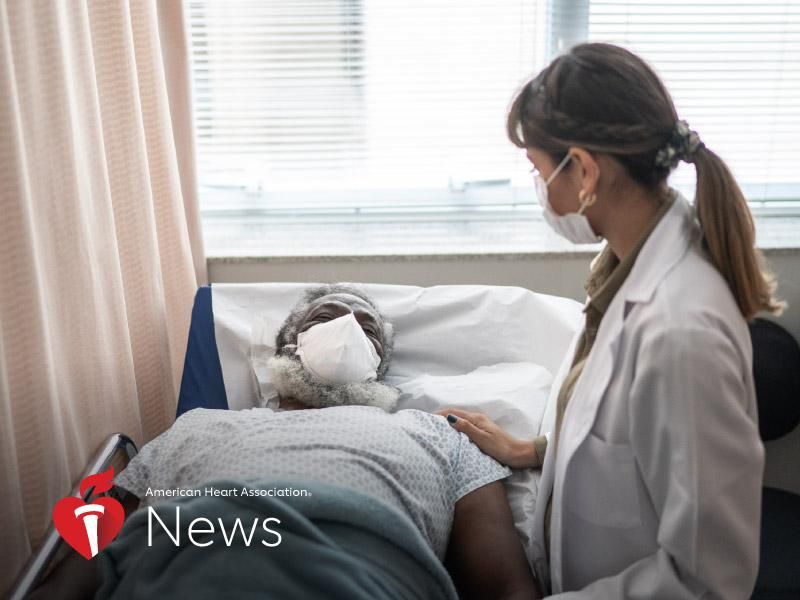 A tool widely used by doctors to help determine who needs clot-busting therapy after a stroke has some missing pieces, according to new research that suggests adding a few simple tests could help improve treatment for people who have less common strokes in the back of the brain.

Published Wednesday in the American Heart Association journal Stroke, the study shows modifying the National Institutes of Health Stroke Scale to include tests for symptoms that occur when people have posterior circulation strokes could identify more people with potentially disabling symptoms in need of immediate treatment who may not be getting it.

"The current stroke scale that is widely used is biased towards anterior circulation strokes, those involving the arteries supplying the front of the brain," said Dr. Amytis Towfighi, a professor of neurology and population and public health sciences at the University of Southern California Keck School of Medicine in Los Angeles. She was not involved in the new research. "It does not accurately represent the severity of posterior circulation strokes because it does not test for key deficits seen in those strokes."

Posterior circulation strokes occur in the back of the brain and are less common, accounting for roughly 1 in 5 ischemic (clot-caused) strokes. But people who have them are at higher risk of severe stroke, becoming disabled or dying.

The NIH Stroke Scale, considered the standard for evaluating stroke severity, is used to identify a level of risk for post-stroke disabilities that helps determine who would benefit from so-called reperfusion treatments such as drugs used to break up blood clots or non-invasive surgery to remove them. Doctors use the scale to assess and help determine what treatment is needed using a series of tests to gauge the potential severity of stroke symptoms.

But those tests focus on symptoms common in front-of-the-head strokes, such as weakness in the arms and legs or trouble speaking. People with back-of-the-head strokes, on the other hand, may experience additional problems with balance, dizziness, coordination, swallowing or headache.

Some of those symptoms are not assessed by the current stroke scale, said lead study author Dr. Fana Alemseged, a neurologist and research fellow in the department of medicine and neurology at Royal Melbourne Hospital in Australia.

As a result, people with posterior strokes end up with lower scores on the assessment scale that suggest they don't need reperfusion therapies. But, she said, "time is brain! Roughly 2 million neurons die each minute. So, withholding or delaying therapy because of an inaccurate clinical assessment could lead to long-term disability in stroke patients."

Permanent brain damage can occur if blood supply is not restored to the brain, Alemseged said. "Patients with posterior circulation stroke not treated with reperfusion therapies can have residual symptoms such as limb weakness and speech problems, visual disturbances, memory issues, coordination or balance problems and difficulty swallowing that can affect their activities of daily living."

Preliminary research presented earlier this year at the AHA's International Stroke Conference found people who experience posterior strokes are far less likely to receive treatment to dissolve or remove clots than those who have strokes at the front of the brain.

Alemseged and her team modified the NIH Stroke Scale to include assessments for balance or walking difficulties and problems coughing or swallowing.

In the study, people who could stand were asked to do so for a few seconds and then walk naturally. If they had muscle weakness, balance was tested by asking them to sit up in bed and observing whether they were able to do so without assistance.

Towfighi said people experiencing a stroke are not routinely tested for balance issues because of safety concerns, since they may be too weak to stand or could fall over.

"It's a little hard to test balance in an acute setting," said Towfighi, who is also chief of neurology and associate medical director of research at the Los Angeles County+USC Medical Center.

Alemseged's research used the new modified model to assess patients who scored low on the traditional scale following posterior strokes and found 17% of them (36 people out of 213) would potentially not have been considered for treatment even though they had possible disabling symptoms. Alemseged said more and larger studies are needed to confirm her team's results.

"It's been over 20 years that we've been using this scale," she said, "and people have acknowledged the limitation for years. This research provides simple straightforward tests which have the potential of enhancing outcomes in scores of patients."