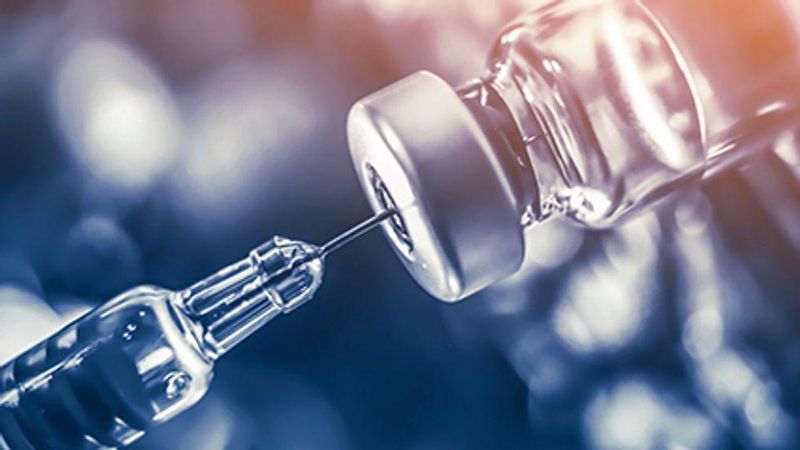 The ability of two-dose COVID-19 vaccines to protect against symptomatic infection by the Omicron variant falls significantly short, but a booster shot provides considerable protection, according to the first real-world study of how effective vaccines are against the rapidly spreading new form of the coronavirus.

Four months after their second dose of the Pfizer-BioNTech vaccine, people had only about 35% protection against symptomatic infection by Omicron, which is significantly lower than against the Delta variant, British government scientists said.

But a third dose of the vaccine boosted that level of protection to about 75%, according to the study published Friday, The New York Times reported.

Several months after vaccination, two doses of the AstraZeneca vaccine provided virtually no protection against symptomatic infection from Omicron, but a booster dose of the Pfizer vaccine increased protection to 71%.

Despite their findings, the researchers said they expect that the vaccines will still provide an important defense against Omicron-related hospitalizations and death, the Times reported.

Omicron cases in England are doubling every 2.5 days. By mid-December, Omicron could overtake Delta in the United Kingdom and, without any precautionary measures, cause COVID-19 cases to soar, according to government scientists.

A computer modeling study of England released on Saturday suggests that even in populations with high levels of immunity, Omicron could cause significant societal disruptions and overwhelm hospitals, the Times reported.

A person infected with Omicron is about three times more likely than someone infected with Delta to pass the virus to other members of his or her household, and a close contact of someone with Omicron is about two times more likely than a close contact of someone with Delta to become infected, according to Britain's Health Security Agency.

Omicron is 25% to 50% more contagious than Delta and has a greater ability to evade the body's immune system, Neil Ferguson, an epidemiologist at Imperial College London, told the Times.

"I think that there's a significant amount of immune escape," Ferguson said. "But it's also more intrinsically transmissible than Delta."

If Omicron keeps spreading as quickly as it is in England, scientists warn that health systems worldwide could be deluged with patients, the Times reported.

"The coronavirus has not finished with us," Michael Head, a senior research fellow in global health at the University of Southampton in England, told the Times. "A tactic of 'turning the lights off and pretending we are not in' is a failed policy."

Still, there were glimmers of hope: A World Health Organization report released last week suggests that Omicron may spur somewhat milder disease than its predecessors. And newer antiviral medicines — currently up for approval by the U.S. Food and Drug Administration — could also help prevent many severe cases, experts say.