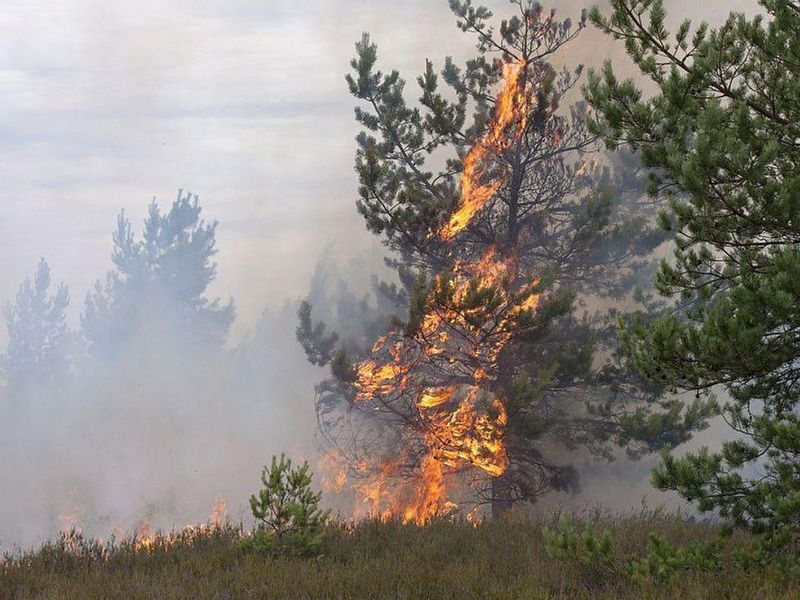 The smoke from wildfires is dangerous for your lungs, but tiny particles from the smoke can also enter your brain and cause lifelong neurological issues, a new animal study suggests.

Once that happens, the particles may put people at risk for everything from premature aging and various forms of dementia to depression and even psychosis, researchers say.

"These are fires that are coming through small towns and they're burning up cars and houses," said Matthew Campen, a professor at the University of New Mexico's College of Pharmacy.

Campen and his team conducted research last year at Laguna Pueblo, an area 41 miles west of Albuquerque and roughly 600 miles from the source of wildfires. They found that mice exposed to smoke-laden air for nearly three weeks under closely monitored conditions showed age-related changes in their brain tissue.

Microplastics and metallic particles of iron, aluminum and magnesium in wildfire smoke sometimes travel thousands of miles. As smoke rises higher in the atmosphere heavier particles fall out, Campen said.

"It's only these really small ultra-fine particles that travel a thousand miles to where we are. They're more dangerous because the small particles get deeper into your lung, and your lung has a harder time removing them as a result," Campen said in a university news release.

The particles lodge themselves into lung tissue, triggering the release of inflammatory immune molecules into the bloodstream, which carries them into the brain. They start to degrade the blood-brain barrier and trigger the brain's immune response, Campen said.

In the mice, the researchers found neurons showed metabolic changes suggesting that wildfire smoke exposure may add to the burden of aging-related impairments, though research on animals does not always produce the same results in humans.

"It looks like there's a breakdown of the blood-brain barrier that's mild, but it still triggers a response from the protective cells in the brain -- astrocytes and microglia -- to sheathe it off and protect the rest of the brain from the factors in the blood," Campen said.

"Normally, the microglia are supposed to be doing other things, like helping with learning and memory," Campen added.

The findings were published online Dec. 4 in the journal Toxicological Sciences.

The U.S. Environmental Protection Agency has more on how wildfire smoke can affect your health.