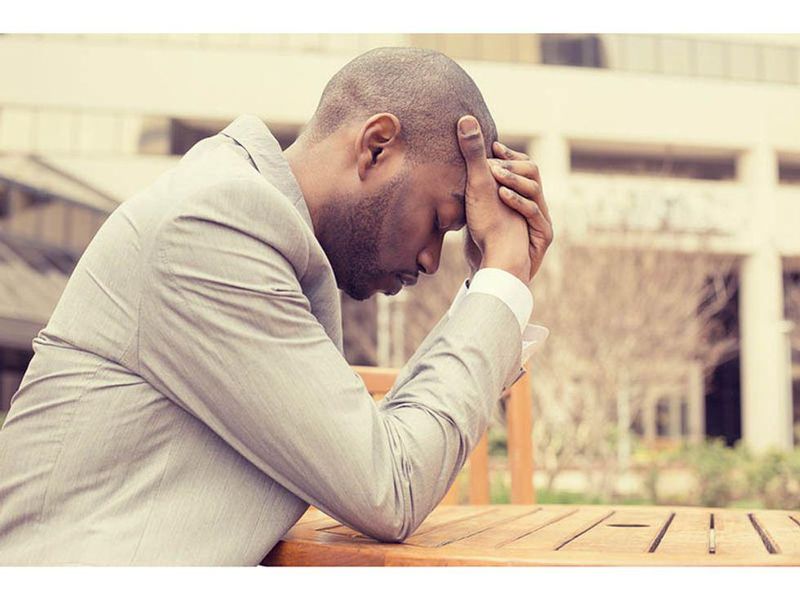 First, the COVID-19 pandemic brought panic, with successive waves of infection and death, including the emergence this year of the Delta variant.

Then vaccines offered the promise of a recovery, with a speed -- and on a scale -- never before seen.

But now, the Omicron variant is sending Americans on another emotional roller-coaster ride that mental health experts say is the last things folks need.

"I think the thing I am feeling and seeing the most is that many people are kind of getting worn out and fatigued," said counselor and psychology expert Robert Hayes.

Hayes' take stems from years spent working as a mental health officer for the American Red Cross, where he offered psychological guidance to victims of some of the nation's worst disasters. They included the 1995 Oklahoma City bombing, the 1994 Los Angeles earthquake, the 1999 Little Rock, Ark., American Airlines crash, and the 9/11 attack on the U.S. Pentagon in 2001.

"Our work," Hayes explained, "was largely to really listen to their stories. And of course we also tried to help people figure out their first next step, to help them find a way to examine their situation so that they could get moving again."

But the seemingly never-ending pandemic has brought stasis, not movement.

"What most people think of as 'getting back to normal' hasn't come," he noted. "So they're tired. They're just tired of the whole thing. Many of them are just not even paying attention anymore. Because they -- many of them -- got their vaccinations. So now their reaction is, 'What else do you want me to do?'"

All of that amounts to a kind of "backlash," added Ani Kalayjian, president of the Association for Trauma Outreach and Prevention.

"We distanced, we masked and we got vaccinated," she said. "And we thought, 'Things are going to get better.' And then, wham! Yet another variant.

"So, that creates a real sense of hopelessness," Kalayjian added. "A feeling of being let down. Particularly with the vaccine, we thought we'd be back to normal. But that hasn't happened yet. So now, with this new variant, there's the awful thought that, 'Oh my God, this is not really going anywhere, is it?'"

The result is a public that is both "sad and demoralized," said Andrea Corn, a Florida-based psychologist with expertise in the treatment of depression, anxiety, bereavement and self-esteem.

Corn noted that many people have played by the public health rules and made enormous personal sacrifices, losing out on holidays, celebrations and irreplaceable time with friends, family and neighbors. It was all done in "the hope that their allegiance to the medical community and science would be rewarded with the pandemic receding," she said.

Looking ahead, such profound pessimism can lead to "a diminished ability to care," Corn cautioned.

"Chances are, if asked, many adults probably believe they have sacrificed enough over these 20 months, and no longer want to strictly abide by the rules, when so many are intentionally unwilling to or flagrantly thumb their nose at doing what is asked," Corn said.

What can be done to counter a growing pandemic malaise?

Hayes said that the best thing people can do is talk to one another.

"Many people are afraid and on edge, because of all the change. Or because of loss," Hayes noted. "If you stop and talk to people you do find that at this point many know someone who has died from COVID. And listening to their story about that can be very, very important. Because in trauma people really need to tell their stories."

"And this is a trauma," added Kalayjian. "A collective trauma. And we need to name it like that. Because it's not like you can go to another country to escape. Everyone everywhere is going through a similar situation."

In that vein, the solution is twofold, she said. "First and foremost, identify and release your own emotions. Whatever they are. Recognize them, and get them out. Any way you can. If need be, seek empathy from support groups. But release, release, release. It's very important to get that anxiety and depression out. You will feel so much better."

Kalayjian's other piece of advice: "Reach out to others. To the elderly. To people who really can't get out and are totally alone. It will anchor you. It will give you purpose. It will help you feel like you're in control. And it will give you a deeper meaning in life. And when you have that you stay grounded," she said. "And if you're grounded, you can more easily recover. Even from the very worst situations."

There's more on COVID's impact on mental health at the World Health Organization.