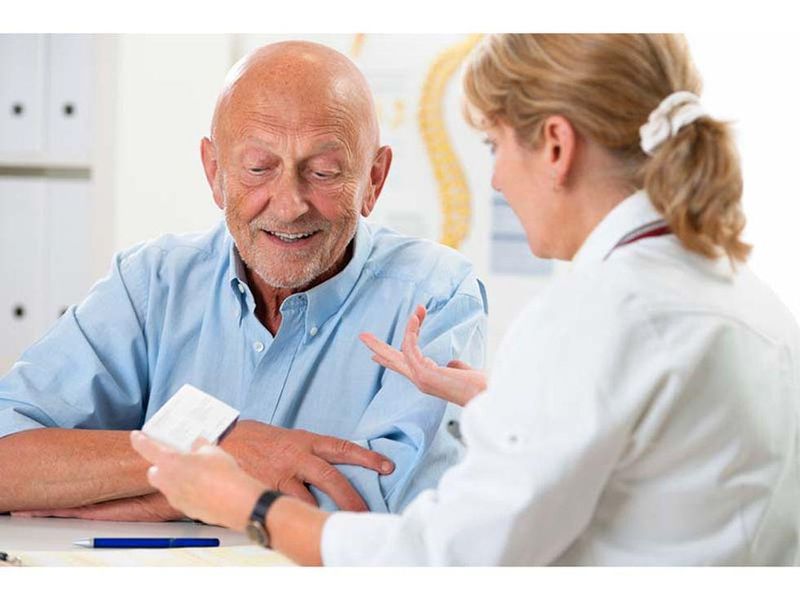 A diagnosis of mild cognitive impairment (MCI) might worry an older adult, who could see it as a stepping stone to dementia. But a new study suggests one does not necessarily lead to the other.

In fact, nearly half of seniors tracked in the study -- all of who had been diagnosed with issues in memory and thinking and received an MCI diagnosis -- no longer had the condition a few years later.

The study was conducted to help better understand what factors might be important to a person's risk for dementia.

"We wanted to gain more knowledge about the earliest stages of dementia, as a potential time window for dementia prevention or intervention strategies," said study lead author Jennifer Manly, a professor of neuropsychology at Columbia University in New York City.

She said the study was conducted among a diverse group of Americans. "Most prior MCI studies are conducted among only non-Hispanic white older adults who seek help from a doctor who specializes in memory disorders," Manly explained.

The findings highlight that people who have MCI are a varied group, she said. They won't all develop dementia in the short term, which suggests that MCI status should be viewed as a "higher risk classification," and not as an early stage of dementia, Manly said.

Interestingly, the predictors of MCI are not necessarily the same factors that predict progression of MCI to dementia, she added.

For the study, the researchers followed just over 2,900 study participants, average age mid-70s, for about six years.

During the research period, 752 participants were diagnosed with MCI. Those diagnoses happened when the participants reported problems with memory or thinking and a test showed cognitive impairment. They were still able to maintain daily activities and had problems with fewer than three activities, such as shopping or handling medications, according to the study.

Of those with MCI, 480 did follow-up assessments. Two years later, 13% of those with MCI had dementia. Another 30% still had MCI but had not developed dementia. About 10% had declines in mental functioning, but still did not meet the criteria for MCI or dementia.

But nearly half — 48% — of those who had previously been diagnosed with MCI were "cognitively normal" on a follow-up visit an average of 2.4 years later. They may have met one or two of the three criteria for MCI initially.

Among the modifiable risks that predicted a lower risk of developing MCI, researchers found that having more years of education and taking part in more leisure activities like reading, visiting a friend or going for a walk could make a difference. So, too, could a higher income.

Specifically, those who had more education or participated in more leisure activities were 5% less likely to develop MCI.

Predictors that increased the risk of someone with MCI developing dementia included the use of antidepressants, having symptoms of depression, having the particular gene that increases Alzheimer's risk and having MCI that affects several aspects of thinking skills, including memory, language and spatial skills.

About 18% of those who used antidepressants developed dementia, compared to 7% who continued to have MCI and 6% of those who no longer met the criteria for MCI, the findings showed.

Manly noted that the results did not mean that these risk factors cause dementia, but that they showed an association. These findings could help define future public health initiatives, Manly said, especially when risk factors can be modified.

The findings were published online Dec. 1 in the journal Neurology. Study limitations included that the follow-up time was relatively short.

While mild cognitive impairment has often been thought of as a precursor to dementia and Alzheimer's disease, MCI is really a mixed group with cases that will diverge along different paths, said Dr. Zaldy Tan, director of the Memory and Aging Program for Cedars-Sinai in Los Angeles. Tan was not involved in the study.

"I think it just confirms that people with mild cognitive impairment are a heterogeneous group, that some people are in fact on the Alzheimer's disease or dementia path, and some people are having mild cognitive impairment because of other things that are potentially reversible like depression, poor sleep, for example having obstructive sleep apnea," Tan said. "Some of these things can interfere with memory, and someone can have a subjective complaint of a memory problem but may not necessarily have the pathology for dementia."

Evidence suggests that a healthy lifestyle, including regular physical activity, good sleep, controlling heart risk factors, reducing stress and remaining cognitively and socially engaged are all beneficial for overall brain health, Tan said, but that does not mean they will prevent someone with MCI from developing dementia.

If someone does have concerns about their memory, it's important they let their primary care doctor know, Tan said.

"The primary physician will be the best judge of whether they need further evaluation through memory testing or neuroimaging or neuro-psychological testing," Tan said.

The Alzheimer's Association has more on Alzheimer's disease and dementia, including 10 early warning signs.