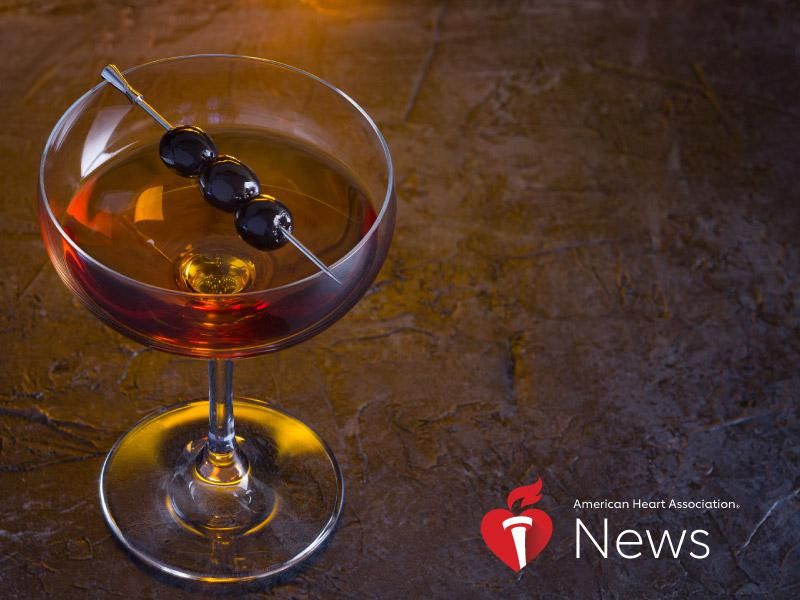 Moderate to heavy drinking over an extended period may increase the risk of a dangerous type of irregular heartbeat in adults under 40, according to a new study from South Korea.

Atrial fibrillation, or AFib, occurs when the heart's upper chambers beat irregularly and can increase stroke risk fivefold if left untreated. The condition is estimated to affect 12.1 million people in the U.S. by 2030, according to American Heart Association statistics.

"We young people are overconfident about our health, and we think that we will never get sick because we're young," said Han, who is 29. "But when atrial fibrillation is diagnosed at an early age, the duration of the disease is longer and that causes a poor prognosis."

The researchers examined the records of more than 1.5 million South Koreans ages 20 to 39 without AFib who had undergone annual checkups from 2009 to 2012. The data is from the National Health Insurance System, which is compulsory and requires everyone to undergo a checkup every one to two years that includes questions on alcohol use. About 42% of participants reported moderate or heavy drinking over the four years, and most were men.

During a follow-up period of about five and a half years, the overall rate of AFib was low – 0.2%. But the risk was up to 25% higher among those who had reported moderate or heavy drinking compared to non-drinkers or light drinkers.

Moderate consumption was defined as at least 105 grams of alcohol each week – equivalent to 7.5 standard drinks. Heavy drinking was defined as at least 15 drinks each week. A standard drink is generally equivalent to 12 ounces of beer, 5 ounces of wine or 1.5 ounces of hard liquor. For adults who choose to drink, federal dietary guidelines recommend no more than two drinks per day for men and one for women.

The study found those who reported heavy drinking over all four years had a 47% increased risk of AFib compared to non-drinkers. The researchers controlled for a multitude of factors, including age, sex, smoking status, exercise level and a variety of conditions linked to heart problems.

The findings, presented earlier this month at AHA's virtual Scientific Sessions conference, are considered preliminary until a full paper is published in a peer-reviewed journal.

The results may not be applicable to all races and ethnicities since the study population only included Asian people. Another limitation is that people may not accurately remember or report their level of alcohol consumption.

"This is the first study that demonstrates the effect of alcohol in a younger population," said Dr. Peter Noseworthy, an electrophysiologist and professor of medicine at Mayo Clinic in Rochester, Minnesota, who was not involved in the study. "And even though the absolute risks are small in that age group, because of a very large sample, the authors quite clearly demonstrate a dose-related effect of alcohol on atrial fibrillation risk, similar to what we've seen in older populations."

When someone in their 20s or 30s develops AFib, he said, "it's not uncommon that it appears that alcohol is at least an exacerbating factor. So, I think it's important for us to talk to our patients about that, and it's nice to have some more definitive evidence that there's an association there."