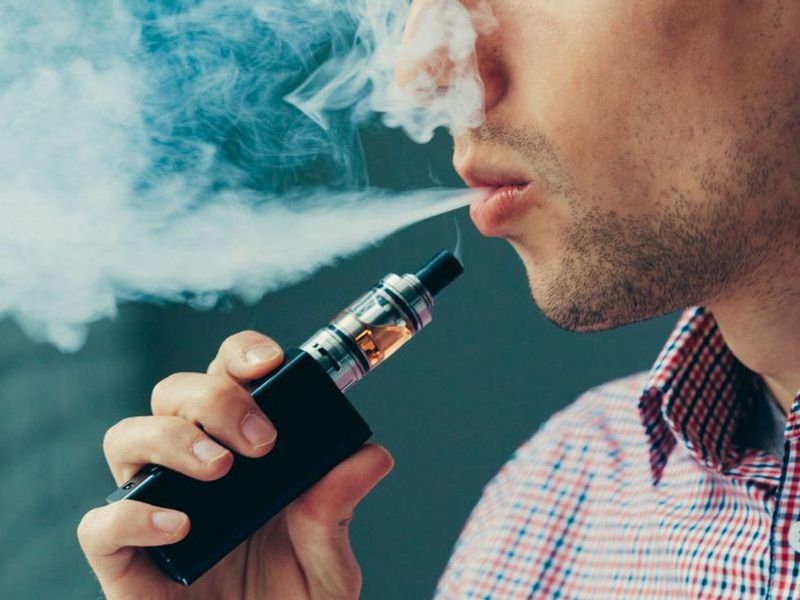 The evidence against vaping is mounting, and a new study now links e-cigarettes with an increased risk for broken bones.

Over time, vaping appears to increase the risk for fracture of the hip, spine and wrist by 46%, according to the findings. Researchers said these fractures happen from falls while standing and even from lower heights such as sitting.

"This joins a body of growing evidence in the literature showing that e-cigarettes might not be as benign as some people think," he added.

The study is based data from more than 5,500 U.S. adults across all age groups who participated in a 2017-2018 national health survey.

Agoons stressed that these findings don't prove vaping causes an increased risk for broken bones, only that there seems to be a link.

"I'm seeing an association," he said. "I can't really see if the hen came before the egg or the egg before the hen."

It's also not clear why e-cigarettes may increase fracture risk. Agoons noted that people who smoke conventional cigarettes also have an increased risk for broken bones, and it has been attributed to nicotine.

It's also possible that other chemicals in e-cigarettes may contribute to fracture risk. More research is needed to know, Agoons said.

Agoons said health care providers should begin asking patients whether they use e-cigarettes and counseling them about the dangers, including the potential risk of weakened bones in both old and young people.

"This study once again highlights the fact that e-cigarettes were brought to market prematurely without regulation -- and only the word of manufacturers that they were safe and effective in assisting smokers to quit," said Patricia Folan, director of the Center for Tobacco Control at Northwell Health in Great Neck, N.Y.

She said these findings add to a growing body of research indicating that e-cigarettes are a threat to users' health.

"We know that many teens and young adults are using e-cigarettes," said Folan, who wasn't part of the new study. "Although more research may be needed, pediatricians and other health care providers should caution their patients about the serious potential risk to bone health."

For patients interested in quitting traditional or electronic cigarettes, health care providers can recommend safe and effective nicotine replacements or other smoking-cessation medications that are U.S. Food and Drug Administration-approved, Folan said.

The findings were published online Nov. 22 in the American Journal of Medicine Open.

For more about vaping risks, visit the American Lung Association.