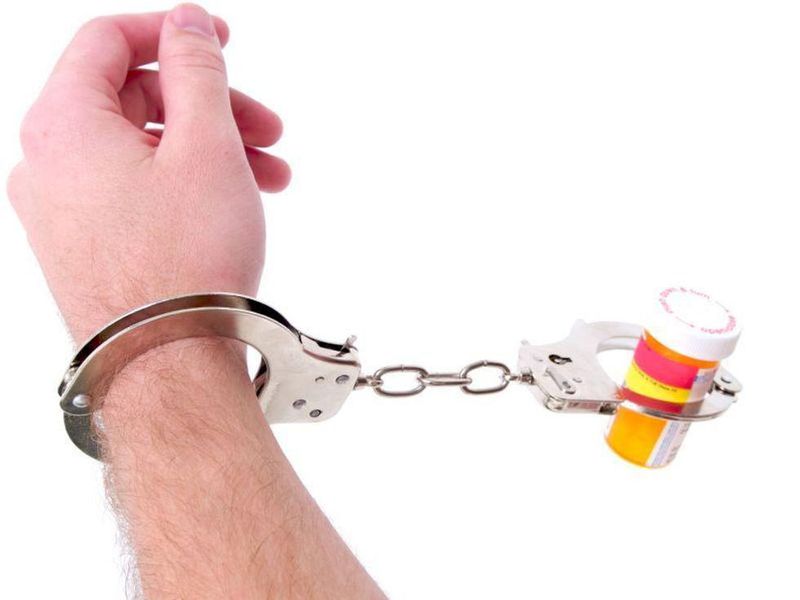 New government data confirms what many have suspected: The pandemic has prompted a record number of drug overdose deaths, with more than 100,000 Americans succumbing to addiction as COVID-19 raged across the country.

That figure is almost 30% higher than the previous year, when 78,000 overdose deaths were reported, according to provisional figures from the U.S. Centers for Disease Control and Prevention's National Center for Health Statistics (NCHS).

"The 12-month period ending in April 2021 is the first time we've seen over 100,000 estimated deaths due to drug overdose," said lead researcher Farida Bhuiya Ahmad, the mortality surveillance lead at the NCHS.

"Drug overdose deaths continued to rise at least through April 2021," Bhuiya Ahmad said. "So that's this past spring, and we haven't seen any indication that the numbers are slowing down."

Those troubling statistics coincide with the pandemic, and the massive repercussions of social distancing and lockdowns.

"I think the COVID-19 pandemic has certainly contributed to the increase in overdose deaths and has exacerbated the addiction crisis," said Lindsey Vuolo, vice president of health law and policy at the Partnership to End Addiction. "The economic losses, grief, anxiety and social isolation associated with the pandemic lead to increased substance use, increased demand for treatment, and put people in recovery at risk for relapse."

"Social distancing requirements may have led to more people using drugs alone without someone to administer naloxone [an overdose reversal medication] or call 911 in the case of overdose, leading to a greater risk for a fatal overdose," Vuolo added. "COVID restrictions also made it even more difficult to access addiction treatment by placing limits on in-person care. Patients who were used to in-person treatment may have had difficulties switching to a remote format or had greater hesitation to go to treatment because of fear that they would be exposed to COVID."

Overdose deaths from opioids alone rose to more than 75,600 in the 12 months ending in April, according to the NCHS report. The increase in deaths started in late 2019, but there was a sharp increase in mid-2020 that has continued through April 2021.

Opioids are fueling most of this rise in deaths. "That's opioids like fentanyl, but then we also see increases nationally, and in some states, of deaths from methamphetamines," Bhuiya Ahmad noted.

Bhuiya Ahmad said that with all the attention the opioid epidemic has incurred, it was hoped that opioid use and abuse would have declined.

"I think any optimist would hope that the numbers would go down," Bhuiya Ahmad said. "But so far, we're seeing that the increase is sustained — it just continues to rise, we haven't seen it leveling off."

Deaths have risen in every state except South Dakota, New Hampshire and New Jersey, the findings showed. The largest increases in opioid deaths were seen in California, Kansas, the mid-Atlantic states, Louisiana and Mississippi.

Annual overdose deaths were up nearly 50% in California, 37% in Kansas, 56% in Louisiana and 48% in Mississippi. Virginia had a nearly 46% increase, as did South Carolina, and in West Virginia deaths rose 62%, the researchers found.

"The staggering death toll is devastating, and it is even more tragic because addiction is a preventable and treatable disease," Vuolo said. "Research shows us what we need to do; we just lack the will to make the significant, albeit necessary, changes."

""Prior to COVID, it was already very difficult to get addiction treatment," she noted. "Our current addiction treatment system wasn't able to meet existing demand before the pandemic and certainly won't be able to support this type of demand increase."

Vuolo suggested that "to immediately address the crisis, we need to significantly expand the tools we have to prevent opioid overdoses, including increasing access to FDA-approved medications for opioid use disorder and naloxone, the opioid reversal medication."

In the long term, more needs to be done to address addiction as a health condition by fully integrating it with the mainstream health care system, she said. This will require major changes, including increasing training in substance use and addiction treatment. Also, insurance companies must obey laws that cover addiction treatment so that care is affordable and accessible.

"We need a greater focus on prevention by implementing initiatives that promote healthy youth development and reduce risk factors. We also need to expand services to support individuals in recovery and families impacted by addiction," Vuolo added.

"To effectively make these changes, we have to continue to root out stigma against addiction, which remains pervasive among the public and professionals who interact with people with addiction," she said. "There is now greater recognition that addiction is not a moral failing, but stigma is still reflected in the lack of urgency and willingness to adopt the major changes necessary to address the addiction crisis."

For more on drug overdose deaths, head to the U.S. National Institute on Drug Abuse.